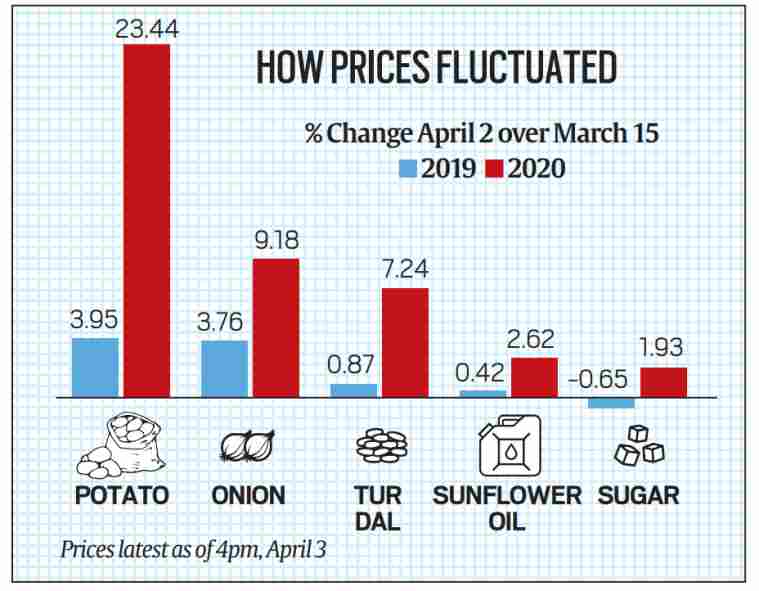 Destitution, bankruptcy, mass famine! Some rightwing folks desperate to see the back of Joe Biden are predicting this for America. They do not like the President’s “dementia” and are not hailing Speaker Nancy Pelosi for taking on the People’s Republic of China in its own backyard. One of them has come up with a slogan resurrected from the ashes: “It takes nine meals to anarchy!” He was talking of meals disappearing from the plates. His dire prediction apart, there’s no chance of neither anarchy nor mass famine; at least not in India.

And destitution comes only after bankruptcy. More serious is the fact that while earning to live from paycheck to paycheck, sizable numbers of Indians have nothing left to feed the savings account. Prime minister Narendra Modi’s ‘jan dhan’ accounts, the ‘saviours accounts’ for people who had never seen the insides of a bank, have nothing to show for their existence. Most of these accounts show only a couple of 100s on the credit side.

The other day, RJD Member of Parliament Dr, Manoj Jha brought alive “Nainsukh Lal” in the Rajya Sabha, and Nainsukh wasn’t in good shape, forget great shape. Prime Minister Narendra Modi was not present. So, Jha introduced Nainsukh, a security guard who lives in Delhi with wife and two children. He earns Rs 12,000 a month, of which Rs 4000 goes for rent; Rs 2000 for the children’s school fees; Rs 1200 for the cooking fuel, and Rs 3000 for food. The total damages add up to Rs 10,200.

There is not much left with Nainsukh Lal after the Delhi Metro takes what’s due. The message of the story: There’s a Nainsukh everywhere, in every state, living in poverty and threatened by price rise. Also that Prime Minister Narendra Modi remembers Gujarat’s Nainsukh only once every five years; that, when there’s another assembly election in Gujarat, which means Nainsukh will be remembered any day before the end of this year.

Fact is, inflation, the high prices of food and fuel, has sucked the life’s breath out of Nainsukh Lal though he is still standing. Finance Minister Nirmala Sitharaman shouldn’t ever forget Nainsukh, but if anybody escapes her attention, it’s yours truly Nainsukh Lal of every state and UT. Sitharaman on Tuesday said India’s 7 percent inflation rate compared well with that of “peer” countries, and with that of even the developed nations.

She is of course a vegetarian and wouldn’t be concerned with chicken. But the fact is, the price rise is not just about atta and dal, there’s also the rise in price of a chicken leg! And how can she overlook the rising price of rice, staple for crores. Not long ago, the price of atta had shot up. Now, that of rice, too. Apparently, most of the rice produced is heading for Bangladesh.

Compelled to explain, Sitharaman said the government was fighting retail inflation with a “targeted approach”, based on “ground-level inputs”, an explanation which would fly over Nainsukh Lal’s head. The Nainsukhs of Bharat don’t want lessons in Economics from Sitharaman, former Prime Minister Dr Manmohan Singh was by far better at it. Price rise is not a Modi era phenomenon, it’s how it’s handled and explained which makes all the difference.

There are Indians who have money to burn on the cinema and on takeaway pizza, but the countless millions who survive hand to mouth, they live a BPL life. There are tens of thousands of Nainsukhs in every town and city, not counting the rural folk, with a vote each! They can’t stomach “global factors are at work”, and which “are realities”.

And when Sitharaman compares the 2013 prices of tomato, onion, and potato, to give a clean chit to the 2022 prices of tomato, onion and potato, it is beyond their belief. The FM has a poor estimation of the Nainsukhs of India. She’s maybe under the impression that they cannot get hold of a calculator, forgetting that computing comes easy to people who have to make every rupee count!

The other day somebody asked why Prime Minister Narendra Modi appeared unable to empathize with those impacted by price rise? The simple answer to that is, the Prime Minister is not a Nainsukh with only school fees, rent and food and fuel prices to think of. The Prime Minister is the head of ‘Vasudeva Kutumbakam’, and can’t be bothered with things a friendly media cannot give a spin to! For now, it is ‘Har Ghar Tiranga’ for him, with the price of the tricolour jumping to Rs 50 apiece, from Rs 16 apiece a couple of weeks ago. Security guard Nainsukh is supposed to buy and hoist one atop his rented house if he’s to be counted a patriot! (IPA Service)