Modi Govt Continues To Run Away From Vexed Inflation Issue 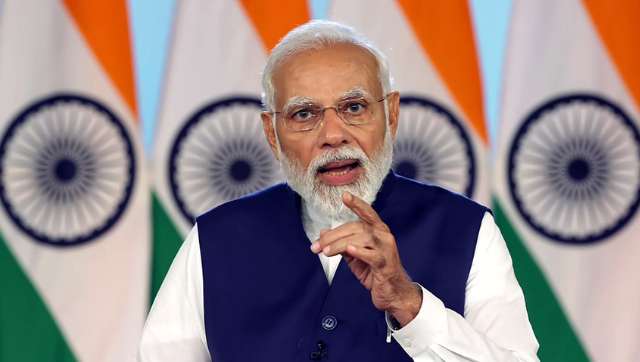 Parliament has been witnessing a standoff between the government and the opposition over the issue of price rise and inflation, with the opposition demanding urgent debate on the issue and the Modi government showing the inclination to go to any extent, including suspension of over a scores of members belonging to the opposition parties, to prevent such a discussion taking place.

As the monsoon session of parliament gets into the last leg, with only less than a fortnight left for closure, the government has finally conceded to the opposition demand to hold a discussion. The opposition considers this as a great moral victory, although the house proceedings have, as expected, failed to bring any relief to the people, hit hard by rising prices on the one hand and a squeeze on their pockets through various means, including the additional levies on essential goods under the government’s controversial and half-baked GST regime.

The debate and the government response, including the reply by finance minister Nirmala Sitharaman, showed there is no change in the government’s approach. To the extent that the government acknowledged the problem, it was blamed on extraneous reasons. For instance, Nirmala Sitharaman defended the decision to levy higher GST on packaged food items, saying the state finance ministers had agreed to the move at the GST council and accusing the opposition-ruled states, which have created a ruckus over the issue since its announcement, of hypocrisy.

As has been her practice, Nirmala Sitharaman seems to be happy as long as she can claims that the numbers sound better compared to what they were at the time of UPA government. She said inflation, despite being very high, was lower than what the Manmohan Singh had left behind when Modi came to power. Also, the idea of blaming external factors is preposterous, as there is no dispute over what caused the inflation and the issue is how the government has failed to manage it.

Inflation has refused to be tamed, with the country now accounting for the second highest slot among all major south east Asian countries. Only Thailand has a bigger inflation among the larger Asian economies.  The Indian rupee has been consistently hitting fresh lows against the dollar, partly due to the strength of greenback and partly due to problems in India’s finance, caught up in a vicious cycle of high oil imports and poor domestic consumption demand in the economy.

Food inflation has been particularly worrisome. Consumer food price inflation has risen from 0.68 percent in September 2021. Domestic budgets have felt the pinch as Modi’s ill-conceived demonetisation and later the pandemic-induced lockdown robbed people of their livelihood, in the process sucking up all the demand in the economy. As things began to look up in the wake of the country and the world gaining control over the dreaded coronavirus, the war in Ukraine came like a bolt from the blue, affecting almost every sphere of economic activity. The food sector was particularly hit as the supply chain got completely disrupted, triggering run-away price increases in food items.

The war led to unrelenting spikes in petroleum prices as the West sought to hit the Russian economy through a blockade of Russian oil, with Brent prices hitting record levels. With so-called open market pricing in force, this meant that petroleum companies were jacking up prices by the day, reaping a bonanza, which came to light when the government enforced a windfall tax on these companies for the additional profits they raked in due to the high prices. India flouted the west-brokered embargo by citing national energy security to buy up Russian oil, which was offered on deep discounts, providing some relief to the oil import bill.

In a bid to manage widespread discontent and the possible political fallouts of it, the government finally reduced diesel and petrol prices by Rs 9.5 and Rs 7 per litre respectively, but this was not enough to bring down fuel prices to manageable levels for the ordinary consumers. Multiple instances of LNG prices had a spill-over effect on various sectors, making life difficult for the average citizens.

Nomura said in a report India’s food inflation will likely see the highest print at 9.1 per cent in the second half of 2022 due to rising feedstock costs. The report also sees food inflation surging in the second half of the year for entire Asia. China’s stringent Covid measures along with swine fever in Thailand and an excessive heat wave in India are some of the reasons that could spur food prices further, it added. The impact of inflation on the economy as well as the lives of people prompted Nomura to cut its 2023 forecast for economic growth in India, as measured by the gross domestic product (GDP), to 4.7 per cent from its earlier projection of 5.4 per cent amid recession fears and rising interest rates.

The situation prompted opposition parties to even compare the Indian situation to that of Lanka, where the rulers have been on the run in the wake of popular uprising against the ruling establishment, marked by people running down and occupying the grandiose buildings of the president and the prime minister, forcing them to flee the island nation. Congress leader Rahul Gandhi even held a press conference to claim that India under Modi was looking a lot like Lanka as his party slammed the prime minister for ‘record wholesale inflation’. (IPA Service)