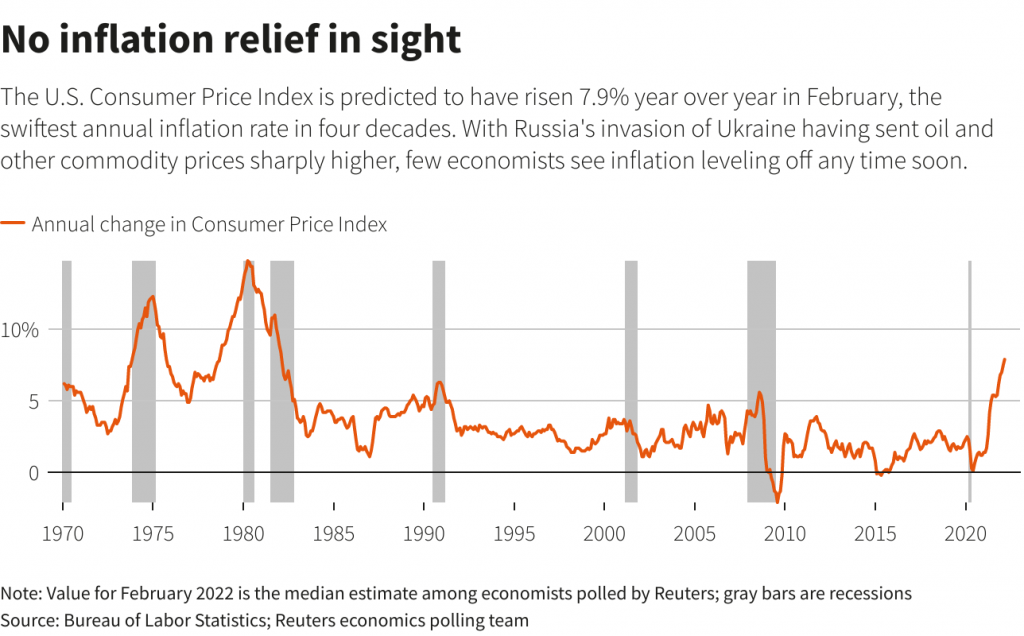 Sharp price rise and inflation in general and of food articles in particular is now casting devastating impact on poor household, though Modi government and so called economic experts trying to underplay the dire consequences by telling the people all sorts of things including it is global phenomena, it is due to external factors, and even that the RBI and the Centre are doing their best to rein them in due to which inflation in May 2022 moderated to 7.04 per cent from 7.79 per cent. However, nobody is telling what it means to poor households and what domestic factors including the mentality of profiteering and mismanagement of the Indian economy have brought us where we are today.

The digits such as 7.04 per cent (inflation in May) or 7.79 per cent (inflation in April) do show that inflation calm down a little, but after rising to a 95-months (almost 8 years) high. People who know the number system may have rightly understood it in digits but only those have really understood it in wholeness of the situation who have been undergoing the impact, which has gone even beyond the comprehension of those who are not members of the poor households. Undergoing experience provides quite different knowledge than one can acquire through words.

Let us take example of poor households to know what happened to them last month in May when inflation was moderated compared to April. A little softening of the inflation should not mislead our intelligentsia to believe that poor households have received the relief they required. It is because the average households in the country have reported 2½ days of shortfall of provisions in May. It means the provisions they purchased for a month did not last a month, and at this rate, they will have a shortfall of 30 days of provisions in 12 months of a year. It implies that the poor households must earn the money they need for an extra month’s provisions, and if they can’t earn, which is most likely to be in the present situation of joblessness in the country, they need to curtail their necessary expenditure, such as on food, education of children, or medical requirement etc, which they have already resorted to.

And this moderation of CPI inflation in May to 7.04 per cent and somewhat moderated Core CPI to 6.09 from 6.97 in April is still deceptive, despite the claim of SBI’s recent research report ‘Ecowrap’ that “RBI is much ahead of the curve in controlling inflation and the Fed can now borrow a template from RBI to control US inflation that is all-pervasive and threatens to rip apart global financial stability.”

Such laudation by SBI has little meaning for poor households bearing the brunt of spike in prices and inflation, though it may act as softening up of public opinion against the failure of the RBI and the Modi government in reining in both of them. It can also potentially cover-up Centre’s mismanagement of the economy in one hand and lack of social security measures to counter the devastating impact on the poor households on the other.

Even the RBI, whose actions are lauded by the SBI, is aware of the challenge ahead in successfully tackling the price rise and inflation. RBI itself has revised upwards its inflation projection to 6.7 per cent for the current fiscal from its previous forecast of 5.7 per cent. It shows that the RBI is well aware that the country is heading towards more precarious situation which is reflected in even its assessment of the first quarter inflation at 7.5 per cent, more than the so called moderated 7.04 per cent inflation in May. Even for the second quarter of the current financial year it has projected an inflation of 7.4 per cent.

Though the RBI has tried to create a hope among the people suffering from high price rise and inflation, especially on food, by its assessment for the third quarter at 6.2 per cent, and for the fourth quarter at 5.8 per cent, with risks, evenly balanced, it is very hard to believe on it, in the backdrop of our experience of the recent past when inflation breached its assessed range of 4 to 6 per cent.

The SBI’s average inflation forecast for 2022-23 is even higher at 6.7 per cent than the RBI’s assessment. “The best thing is that the peak of inflation may have reached at 7.8 per cent, with a little bit of luck,” the SBI’s report said. However, all indicators suggest that the level of inflation will remain high in near future well above the inflation recorded in May.

If we are to believe on luck, as the SBI’s report claimed, it contradicts its own claim that RBI has done well in containing inflation, by rate hike by a 50 bps in the key policy rates to 4.90 per cent on June 8 after delivering an unscheduled 40 bps rate hike last month on May 4. While it will impact borrowers and investors, and input costs in the economy, we had to swallow this bitter pill for the sake of controlling the inflation. Even now it is widely expected that the measures taken would not prove sufficient to control the inflation and price rise, and therefore several expert institutions and economists have said the RBI could facto in a rate hike even in August and October.

RBI’s policy intervention has however limited scope perhaps only with respect to monetary policy, and therefore Modi government must not rely entirely on RBI. The centre should keep in mind the other aspects of the sufferings of the people due to sharp price rise and increasing inflation. We can’t leave the poor households to suffer a great deal and deny protection of any social security coverage. Modi government has greater responsibility in this regard – not in merely defending itself, but in providing real protection to the poor households that are increasingly becoming destitute.

Begging in not an employment, though some RSS and BJP leaders have been claiming for last few years, and beggarly persons do not cease to be poor when given food to eat, though the Minister of Finance Nirmala Sitharaman praised Modi’s free foodgrains scheme that was credited in containing the rise of extreme poverty level to only 0.86 per cent despite COVID-19 crisis. Poor households actually need eradication of poverty, not a little food or relief only, with complete coverage under social security schemes. (IPA Service)

Bulldozer Is The New Power Symbol In India Of Narendra Modi
Posting....