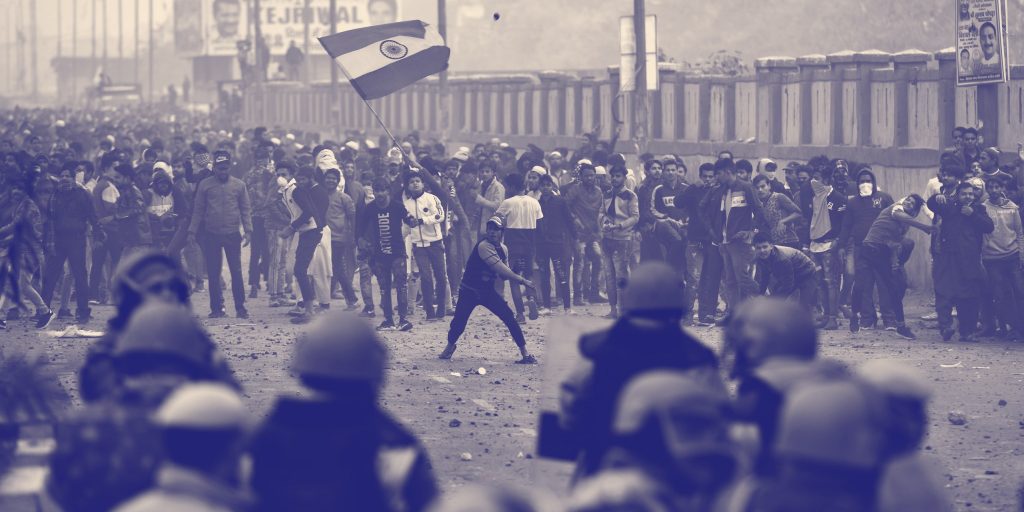 India’s citizenship act was promulgated in 1955. Since then, the act was amended twice — first, in 2003 and the next in 2019. The amendment of 2003 mandated the creation of the National Register of Citizens  (NRC). The 2019 amendment provided a fast track to Indian citizenship for non-Muslim migrants from Afghanistan, Bangladesh, and Pakistan. In fact, the 2003 amendment might be considered unnecessary since NRC was maintained even before the promulgation of the original citizenship act of 1955. The first NRC was prepared as early as in 1951 as per India’s first census records. However, for unknown reasons, NRC recording was not conducted after subsequent censuses. Both the amendments of the citizenship act were carried out by the BJP-led union government — the 2003 amendment under the late Atal Behari Vajpayee’s leadership and the latest one steered by Narendra Modi. Ironically, the BJP government never appeared to be truly serious about their implementation. They seemed to appear more as BJP’s pre-election prank.

In fact, no government has been serious about containing the country’s population and continuously growing illegal immigrants, who eventually become citizens of India with the help of political touts. The 1951 census put India’s population at only 361 million. Today, the country’s population, based on Worldometer elaboration of the latest UN data, is well over 1.412 billion, representing around 17.7 percent of the total world population. India’s population is set to rise to 1.515 billion in 2030. In contrast, China’s population is expected to shrink from 1.426 billion in 2022 to 1.416 billion in 2030. The world’s third largest country by total land area, China covers an area of around 9.6 million square kilometres, almost three times the size of India’s land mass of 3.287 million sq. kms. India has been witnessing an unbridled population explosion. Unfortunately, neither the government nor the political parties seem to be concerned about the illegal immigration issue. Illegal immigrants may have contributed substantially to the current number of India’s population — some by themselves and others by their children and grandchildren who are born in the country and automatically become naturalised citizens (Jus Soli) under the law.

To deal with the influx of immigrants from neighbouring Bangladesh, barriers are being constructed along the country’s eastern border. The Bangladesh-India border is around 4,100 kilometres long, making it the world’s fifth-longest land border. As of 2011, only 200 kilometres of barriers were completed. India is looking to essentially isolate itself from Bangladesh completely which has received a great deal of criticism.  Controlling illegal migration from and through Bangladesh to India poses a major challenge as the border is “marked by a high degree of porosity”. Dishonest police and border security forces have always helped illegal migration from and through Bangladesh to India. Interestingly, the issue had never come up at official level talks between Bangladesh Prime Minister Sheikh Hasina and Prime Minister Narendra Modi. According to Human Rights Watch, an estimated 40,000 Rohingyas are in India – at least 20,000 of them are registered with the UN Human Rights Commission. The unofficial estimate puts the number well over 1,00,000. They all entered the country through Bangladesh and moored at locations having large Muslim population. Recently, the union home ministry revealed in Lok Sabha that some Rohingya migrants are indulging in illegal activities.

If the Citizenship Act of 1955 itself has failed to protect the country’s genuine demographical picture, there is no reason to fear that its three-year-old amended version, CAA, or NRC will make much difference. Both NRC and CAA have failed to uphold their purposes. As many as 11 chief ministers have rallied against the implementation of NRC and CAA. They say that the measures are an attack on the country’s secular constitution and against minority Muslims. NRC can be used against those failing to prove citizenship. They could be taken to detention centres or deported. Assam is the only state where NRC was updated and published in August, 2019. The register contained 31 million names out of the state’s population of 33 million, leaving out some 1.9 million applicants, rendering them potentially stateless. However, those outside the Assam NRC continue to live happily as the ruling BJP itself is not convinced with the NRC roll. BJP believes the register had excluded many legitimate citizens while including a large number of illegal migrants. No action has been taken in the last three years. It is not expected either. However, vote bank-focused political debates on illegal immigrants drag on. (IPA Service)