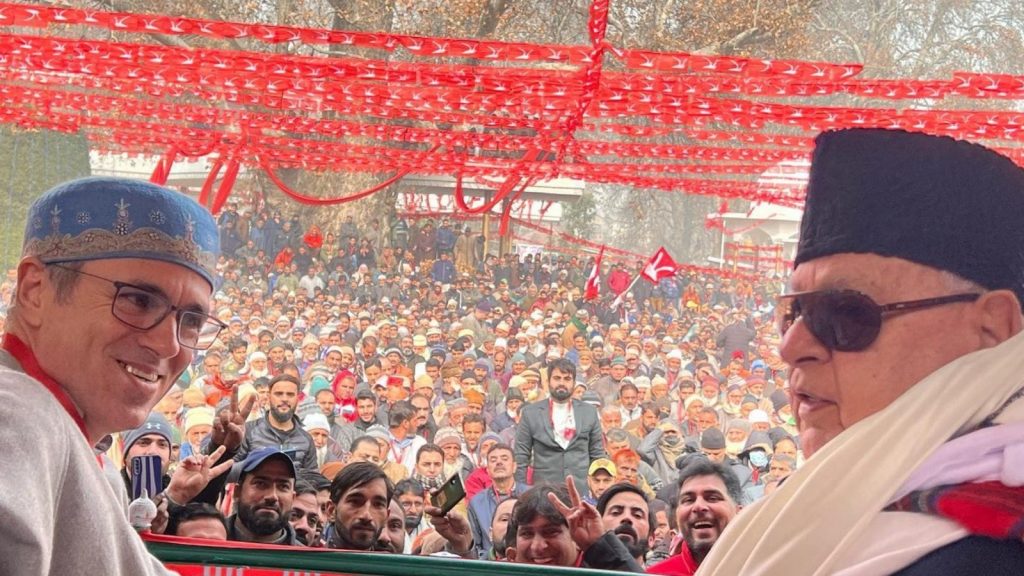 Farooq Abdullah was re-elected as the president of the National Conference (NC) for another term on Monday.  The leader on Monday made a controversial statement, saying that when he was the chief minister, Army had captured a polling booth and did not allow people to exercise their right in Doda.

At present, re-polling in two District Development Council or DDC seats in Jammu and Kashmir’s Kupwara and Bandipora districts are underway after counting of votes in these seats were withheld after the origin of the candidates to these seats were under question, according to officials.

The 85-year-old leader was unanimously elected the party’s chief at the NC’s delegate session held near the masoleum of party founder Sheikh Mohammad Abdullah at Naseem Bagh here.

NC general secretary Ali Mohammad Sagar said only Abdullah’s nomination was received till the last date of filing the nominations.

The senior leader had recently expressed a desire to step down from the post owing to his health. The party then set the presidential election process into motion and said the new president would be elected at the party’s delegate session.

It said the party’s internal elections had already been concluded.