Political Corruption Is Eating Into Heart Of Indian Economy 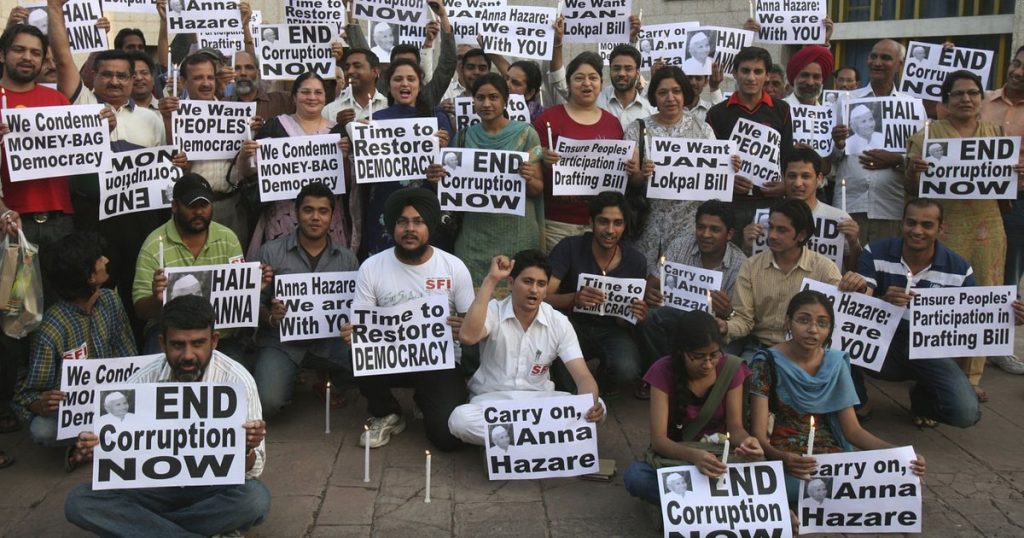 The first major case of political corruption involved Vengalil K. Krishna Menon as India’s High Commissioner to the UK. He was named in a jeep import scandal at the time of the first Indo-Pak war of 1948. The Indian Army urgently needed jeeps to combat against the Pakistani forces in the Kashmir region. Krishna Menon placed an order for 2,000 refurbished Jeeps on a British supplier. The vehicles never reached India in time. And, the price quoted was very high. For the same price, brand new Jeeps could be purchased from the USA. While the inquiries into the ‘Jeep Scandal’ went on for nearly six years, Govind Ballabh Pant, the then Home Minister, finally announced closure of the case. When the opposition demanded a fresh time-bound inquiry, Pant said that the parties were free to make it an election issue if they were not satisfied by the Government’s decision. By then, the general public lost interest in the case. Unfortunately, political corruption cases are rarely treated seriously by the government, then and now.

Too many political corruption cases against opposition leaders have surfaced lately under the BJP rule. They seem to follow a pattern with central investigative teams — CBI, ED, DRI, etc — indulging in leaking out before the media saucy information on the alleged wrong-doings by the accused as if that is the main purpose of the probe. Investigations take too long. And, they lose steam as new crime windows open up. Ultimately, most cases boil down to charges of holding assets disproportionate to an accused’s declared income and money laundering. BahujanSamaj Party’s Mayawati had paid an income tax of Rs.26 crore for the 2007-08 assessment year, following conviction in a disproportionate assets (DA) case. That year, Ms. Mayawati, former UP chief minister, was ranked among the country’s top 20 individual taxpayers. Illegal mining, denotification of government land, kickbacks from illegal trade and transactions, smuggling, money laundering, Ponzi scheme operation and award of government contracts are among the common platforms of political corruption.

The biggest of DA cases so far involves a father-son duo — Prakash Singh Badal and Sukhbir Singh Badal — from Punjab’s Shiromani Akali Dal party. Shiromani Akali Dal president Sukhbir Singh Badal is an MP from Firozpur. He served as deputy CM of Punjab from 2009 to 2017. Parkash Singh Badal served several times as Punjab’s chief minister. The value of their property was allegedly estimated at Rs.4,326 crore — Rs.501 crore in India and Rs.3,825 crore abroad. Others named in DA cases involved well-known political figures such as Lalu Prasad Yadav and some of his family members; Mulayam Singh Yadav, Akhilesh Yadav and Ms. Dimple Yadav; the late J. Jayalalithaa; B.S. Yediyurappa; Reddy brothers of Bellary; Andhra CM Jagan Mohan Reddy; and Congressman-turned-BJP’s Assam CM Himanta Biswa Sarma. The list is quite long, involving many well known CMs and other politicians across the country. According to BJP’s Devendra Fadnavis, former Maharashtra CM and now serving as the state’s Deputy CM, Shiv Sena’sUddhav Thackeray’s government was the “most corrupt in Maharashtra’s history.”

In comparison, highly publicised ongoing political-financial scam stories in West Bengal, involving some of the ruling Trinamool Congress (TMC) senior members, including youthful national general secretary Abhishek Banerjee, his wife and sister-in-law, appear to be ‘non-events.’ Apparently clueless and prolonged central investigations against some of the senior TMC members are taking the sting out of the allegations. As of now, former Bengal education and industry minister Partha Chatterjee’s alleged money laundering-cum-sex scandal seems to have become an ‘old story’ although the former TMC secretary general is still cooling his heels in a jail lock-up. There is hardly anything new coming up from the Central investigations.

Similarly, the story of massive wealth accumulation by alleged cattle and coal runner Anubrata Mondal, TMC’s Birbhum district president known as the party’s ‘Bahubali’ (strongman) in the region, too is losing steam with new corruption stories involving other TMC satraps unfolding almost daily. The latest of them names Bengal Law Minister Malay Ghatak. The CBI and ED often allege that the accused are “non-cooperative”. That is only natural. By offering voluntary cooperation, they don’t want to make the cases “easy” for the investigators.  Last week, Chief Minister Mamata Banerjee asked her party men to give Anubrata Mandal a hero’s welcome after he gets released from jail.

The recent public outburst of Abhishek Banerjee against the BJP government in the centre and Home Minister Amit Shah, in particular, after a seven hour closed-door interrogation by ED on his alleged involvement in coal smuggling and fund diversion cases, seemed to have positively influenced the audience to see the logic. Last week, the Supreme Court extended protection from arrest for Abhishek Banerjee and allowed him to travel abroad for treatment. Even a PIL before the Calcutta High Court on ‘disproportionate assets accumulation’ by Chief Minister Mamata Banerjee’s brothers since 2013 did not provoke much public sensation. The High Court has asked the respondents to file an affidavit by November 11. The public no longer takes political corruption cases very seriously as they are often projected to be motivated and engineered by the ruling party at the Centre.

Unless the government takes a more serious view on the cases of large-scale financial corruption by politicians in power, the evil will continue to pervade the society and damage the economy. Going by the views of Transparency International, corruption erodes trust, weakens democracy, hampers economic development and further exacerbates inequality, poverty, social division and the environmental crisis. Exposing corruption and holding the corrupt to account can only happen if the society understands the way corruption works and the systems that enable it. Corruption happens in the shadows, often with the help of professional enablers such as bankers, lawyers, accountants and real estate agents, opaque financial systems and anonymous shell companies that allow corruption schemes to flourish and the corrupt to launder and hide their illicit wealth. It’s time to recognise the fact that the growing corruption in India is eating into the heart of its economy and social system. (IPA Service)

Bihar minister says babus have made him ‘chief of thieves’