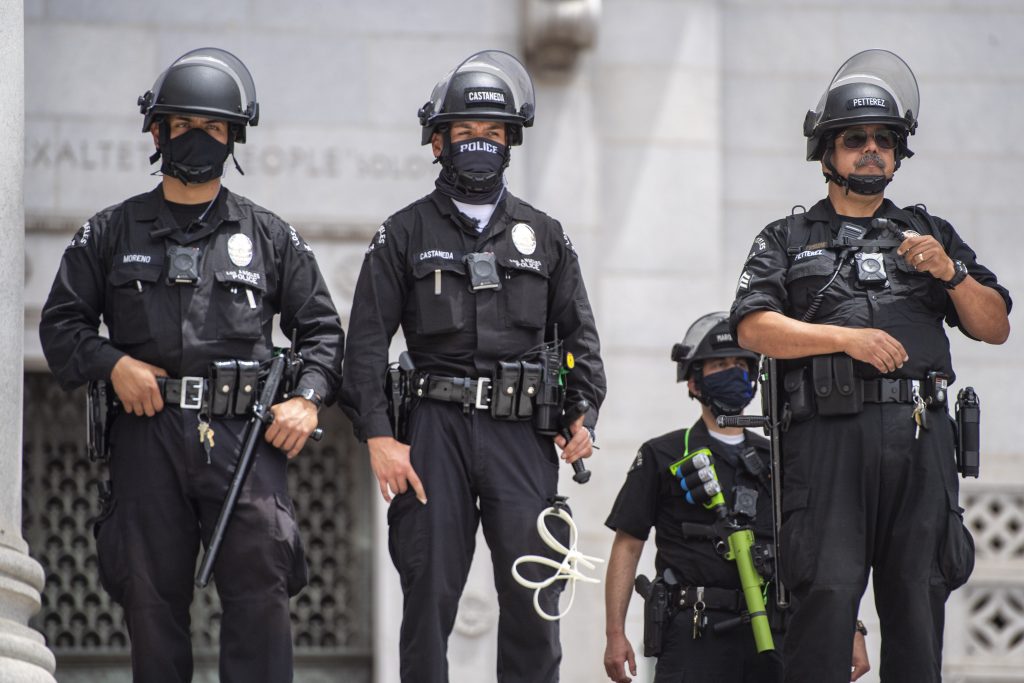 It is the new normal: Of police being misused to misuse its powers given to it under the law because politicians and political parties want to settle scores with one another. The funny thing is, funnier things are happening because of this trend. An MP-MLA couple is arrested by the Maharashtra Police and charged with sedition for threatening to chant the Hanuman Chalisa outside Chief Minister Uddhav Thackeray’s residence! Two, Gujarat MLA Jignesh Mevani is arrested in Gujarat and dragged all the way to Barpeta in Assam by the Assam Police!

More funny is that Assam Chief Minister Hemanta Biswa Sarma claims he didn’t know what his police were up to! And when Mevani returns to Gujarat, he finds he’s been sentenced to three months in jail in some old rickety case. This even as Delhi BJP spokesperson Tejinder Singh Bagga is picked up by the Punjab Police from his West Delhi residence right from under his father Prithipal Singh’s nose, allegedly on the orders of Delhi Chief Minister Arvind Kejriwal.

Kejriwal is now the proud “owner” of a police force that is only too willing to do his bidding. Tejinder Bagga and Arvind Kejriwal go back several years, with the former being the “same sick” who had allegedly taken his slipper to the person of the then AAP leader, advocate Prashant Bhushan. This time, Bagga allegedly threatened Kejriwal with ‘Jeene Nahi Doonga.”

Old scores are being settled. The Punjab Police were put on the job to haul Bagga to Chandigarh (Mohali?) a month ago. But Bagga with his quicksilver feet, which wouldn’t remain still like his motor-mouth, wasn’t about to be caught. Till, finally, the morning of May 6, and Tejinder Bagga wasn’t even allowed to slip on his bathroom slippers, and “kidnapped!”

That accounts for the police of three states–Maharashtra, Assam and Punjab. Halfway through the day, however, about three hours after Bagga was frog-marched out of his West Delhi residence, reports came that the Punjab Police team taking Bagga to Punjab had been stopped by the Crime Branch of the Haryana Police at Kurukshetra  in Haryana. And Haryana, as we all know, is BJP-ruled.

That makes it the police of four states and their chief ministers though none of the CMs was ready to admit involvement. Kejriwal laughed, “Who Bagga?” Not to be left behind, the Rajasthan Police came calling to the Noida studios of a national TV news channel with a warrant for the arrest of anchor Aman Chopra under Section 153 of the IPC. Warned that the Rajasthan Police were looking for him, Chopra vanished and hasn’t been seen since. On May 5, #AmanChopraGayab was trending on Twitter, and reports were that Rajasthan Chief Minister Ashok Gehlot was allegedly personally invested.

A couple of things about this trend of the police being misused to settle scores with political rivals. One, the common people are hardly bothered about who’s picking whom, and why? Two, there’s forced amplification of the issues raked up, from Hanuman Chalisa to hijab and halal, loudspeaker and ‘azaan’.

Also, there appears to be scant regard for court orders. Why, the courts themselves don’t seem to care once after the order is passed and is routinely broken. Similar to how news TV anchors fuel ruckus in studios by pitching one panelist’s argument against another panelist’s defence. The anchor doesn’t moderate, ably cued by the show’s producer in the background, he/she scars the show by ensuring that nothing makes sense except the crescendo!

Unlike Navneet and Ravi Rana who had to face the brunt of a chief minister’s ire, Tejinder Singh Bagga got away from being jailed because Haryana comes in between Delhi and Punjab! Afternoon of May 6, the Punjab Police DGP was “requesting” his Haryana Police counterpart to “release” the Punjab Police team into “Punjab Police custody.” Like said, the misuse and disuse of the police had crossed all limits.

It seemed like Kejriwal’s definition of anarchy had come into play. The Centre it appeared had also stepped in. There was a Delhi Police team on its way to Kurukshetra to secure Bagga from the “safe protection” of the Haryana Police. The police of three states falling prey to the machinations of politicians. At the end of the day, the only role of the police is to serve their political masters. (IPA Service)

Central Public Sector MMTC Is Under Liquidation Due To The Apathy Of Centre
Posting....