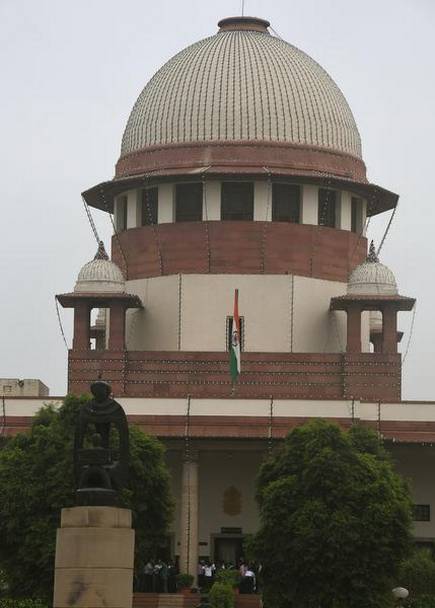 The chief justice of India, N V Ramana, has stated in court that he would consider resuming the hearing of the petitions challenging the abrogation of Article 370 and the creation of two union territories by dismantling the state of Jammu & Kashmir in July, after the summer vacations.

He said this in response to a request from senior lawyers for an early hearing of the case. He further said that since one of the judges in the five-member bench hearing the case had retired, it would be necessary to recast the bench.  If the hearing is to resume in July, it would also mean that the chief justice who is heading the five-member bench may also have to be substituted with another judge, as he is set to retire on August 26.  So, what this means is that the interminable delay in the case continues.

It was on August 5, 2019 that the presidential orders on Jammu & Kashmir were issued.  Since then two years and nine months have elapsed.  The delay in hearing such an important constitutional case by the apex court is in no way justifiable.  In this period, the central government has moved to bring about changes on the ground by implementing various measures and enacting new laws. The delimitation of constituencies for a truncated assembly under the union territory has been more or less completed.

The J&K petitions have much wider constitutional ramifications.  Can the centre unilaterally change the character of a state within the Indian union using the ploy of president’s rule in the state?  The very basis of the federal principle underlining centre-state relations is at stake.  By not making any judicial pronouncement on such a vital issue, the Supreme Court has allowed the central government to advance its narrow, partisan interests.

There are other important constitutional cases pending before the court.  The petitions challenging electoral bonds have been pending before the court for over four years.  Enacted as law in 2018, in the Lok Sabha and successive assembly elections, thousands of crores of rupees have been funneled to the ruling party through the opaque system of anonymous donations.  This has affected the election process and provided an inbuilt advantage to the ruling party vitiating free and fair polls.  Yet the constitutional court has found no time to hear the matter fully and arrive at a verdict.

Constitutional challenges to the Citizenship Amendment Act have also found no response from the court even though more than two years have gone-by.  There are other vital matters affecting the fundamental rights of citizens such as the amendments to the Unlawful Activities (Prevention) Act, which remain unattended to even though obnoxious clauses like Section 43(D)(5) remain, which allow the detention of people for indefinite periods of time.

At a time when the Supreme Court’s intervention in defence of the constitution and fundamental rights of citizens is most essential, this record of “judicial evasion” is most disheartening.  This is all the more so, since it had been expected from the current chief justice of India who had, at the outset of his tenure, stressed the importance of the independence of the judiciary and upholding constitutional values, that he would take steps to expedite the decision-making on the important constitutional cases before the Court.  (IPA Service)

Time Of Final Reckoning Has Come For Sedition Law
Posting....