Time Of Final Reckoning Has Come For Sedition Law 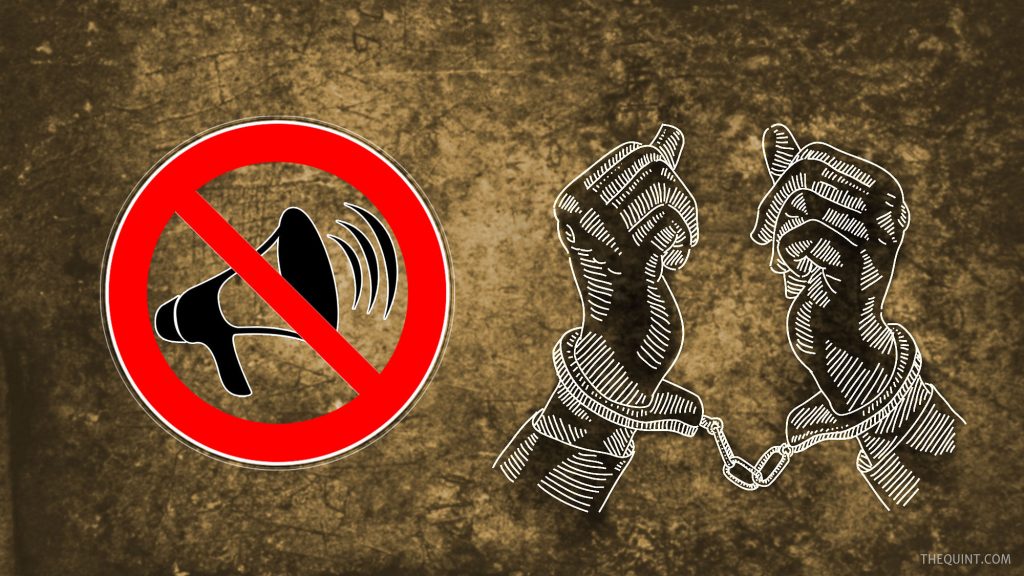 The time of reckoning has finally come. The Supreme Court of India is to begin final hearing of petitions challenging sedition law on May 5, 2022, as the Apex Court has said on April 27, and would not entertain any request for any further adjournment of the matter. The three-judge Bench of the Supreme Court headed by the Chief Justice N V Ramana, which also included Justices Surya Kant and Justice Hima Kohli, has directed the Centre to file its response by the end of this week after hearing a batch of petitions challenging the constitutional validity of sedition law ie Section 124-A of the Indian Penal Code (IPC). Since CJI N V Ramana will be retiring on August 26, 2022, the final outcome of the case is expected before his retirement.

The constitutional validity of the section 124-A is not the only issues, though it is one of the important issues. Justice Ramana has himself said, “This court’s main concern is the misuse of the law, leading to a rise in number of cases. We need to hear on this point and that too in a detailed manner.” That is why people of the country has a great hope on the outcome, some even thinking that the bench would do a great service to the Indian democracy if the very law is thrown out this British era law from the Indian stature book. This hope will be realized only if the bench would find the law unconstitutional, or inevitability of misuse of the law if allowed to exist.

In an earlier judgment in Kedar Nath case in 1962, a constitutional bench had upheld the validity of the sedition law under IPC. Ever since the law has been misused charging dissenters and critics of misrule of the government with sedition though the actions infringed the basic human rights. Not only the actions, but the petitioners have now alleged that even the law infringes the basic human rights and violates Article 14 (right to equality before law) and 19(1)(a) (right to freedom of speech and expression) of the Constitution of India.

The first amendment of the Constitution of India brought in 1951 has limited the freedom under Article 19(1)(a) and enacted Article 19 (2) to empower the state to put curbs in the form of “reasonable restriction” on right to free speech. This amendment along with the SC ruling in Kedar Nath case has made possible for the governments to misuse the sedition law to suppress critics of misrule by booking them under section 124-A and putting them behind bars which is punishable even with imprisonment for life.

The section 124-A of the IPC says whoever by words, either spoken or written, or by signs, or by visible representation, or otherwise, brings or attempts to bring into hatred or contempt or excites or attempts to excite disaffection towards the government … shall be punished …” with three exceptions.

Had the Prime Minister Narendra Modi and his party BJP’s state governments not made a grave misstate in misreading this law, they would not have misused this law as a weapon to suppress the critics of their misrule. People are intimidated, and they are now avoiding even expressing their dissent even on the wrongs committed by the government authorities.

Does the term “the government” used in this section mean a “ruling political party”, “ruling person”, “public servant” or any “decision” of the government? Since the government does not mean the ruling party, Prime Minister or any other public servant, or any of their decision, how their criticism will amount to disaffection against the “government of India” or “governments of any state of the country”? Government is something different, a ruling body in continuation, while parties and persons come and go in and from the seat of the governance. Therefore, anything said against parties and persons in power and their decisions and misrule cannot be sedition.

The real challenge in the Supreme Court of India will be providing clear view not only who and what is a “government” with special reference to sedition, so that the cases may not linger on in the courts of India, at a time when government servants and rulers seem to asserting that “they are the government”, while in reality, government is an institution, not any individual or a group of individuals who somehow came to believe that they are the government.

Section 124-A of the IPC 1860 is a British legacy which was originally inserted by Act 27 of 1870, and was further amended in 1898, 1937, 1948, 1950, 1951, 1955, and 1956. When it was brought in, India was under British rule and not an independent democratic republic. During British rule, any dissent by Indian citizen, was considered ‘sedition’ was obvious, but now when there is democracy, we have fundamental right to expression, which cannot, and should not be suppressed in the name of ‘sedition’ for it would be anti-democracy itself. A citizen must have right to criticize and to warn about the errors and pitfalls of the decisions taken by ruling establishments, the political parties and persons in power, especially when those tend to jeopardize the national interest. It is what democracy means.

During the hearing on July 15, 2021, the Apex Court itself had noted the “enormous power of misuse” of the sedition law in India and had asked the Centre as to why it should not scrap a colonial law that was once used by the British government to oppress the freedom movements and leaders such as Mahatma Gandhi and Bal Gangadhar Tilak. The court also emphasized that it was concerned about “misuse of the law and lack of accountability of executive and the investigating agencies.  The court was informed that a 2019 data shows, sedition cases rose by 25 per cent (93 in number) and arrests by 41 per cent over the previous year. However, only 3 per cent of cases led to conviction of only two accused. It suggested that people were made to suffer by the state without reasonable ground.

What makes the judiciary then not putting a brake on such blatant misuse of this sedition law? Perhaps, there is no clarity even in the minds of the judges of the courts about what constitute sedition. Therefore, the SC bench hearing the batch of petitions has a historical responsibility to put brake on the misuse of the sedition law or throw altogether out of the statute book. (IPA Service)