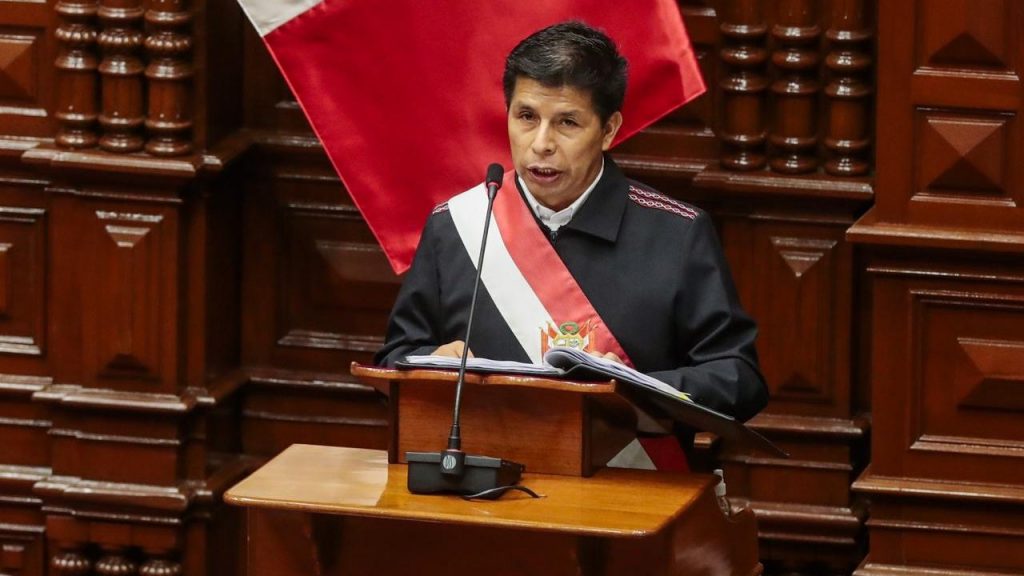 The continuing strong presence of the right wing opposition in the congresses in the Latin American countries ruled by Left wing Presidents has become a big problem for the ruling progressive coalitions in implementing the pro people programmes, Latest developments in Peru and Colombia are reminders tat just winning in the presidential elections is not enough, the Left will have establish control in the respective national assemblies also.

Peruvian President Pedro Castillo was forced on November 25 to announce an updated cabinet including leadership changes to six ministries, as his embattled administration engages in wide-ranging conflicts with its political opposition. Among the new members of the leftist president’s 18-member cabinet is Included Oliverio Munoz as energy ministers. This is a very important appointment as Peru is a leading copper producing nation. Castillo also reappointed finance minister Kurt Burneo though the opposition wanted him to be out.

The shakeup follows Castillo’s decision earlier on Friday to name Betssy Chavez, a close ally, as his new prime minister in an escalating political drama over the makeup of his cabinet and a possible no confidence vote. Peruvian opposition lawmakers have said that President Castillo’s appointment of a new prime minister was part of a manoeuvre to dissolve the legislature, after he suggested Congress had fired his previous prime minister even though a vote was never held on a dismissal. The confidence vote request was meant to pressure Congress with high-stakes consequences including firing the cabinet and dissolving parliament.

Since taking office last year, Castillo has overseen unprecedented turnover among his ministers, cycling through multiple cabinets. Castillo said denying the confidence vote request was similar to Congress holding a no confidence vote and accepted his prime minister’s resignation on Thursday. Castillo has previously said the legislature and the attorney general have sought to carry out coups against him through impeachment attempts and criminal investigations.

According to the Constitution, if Congress issues a vote of no confidence, the entire Cabinet should resign. If Congress then issues a second no confidence vote, the president is entitled to dissolve parliament and call for legislative elections. “It is what the President is openly seeking,” legislator and retired military officer Roberto Chiabra, of the conservative Alliance for Progress party, told newsmen.

Outgoing Prime Minister Anibal Torres has denied that the confidence vote request was intended to shut down Congress. Castillo has survived two impeachment attempts and right-wing opposition legislators are seeking support for a new impeachment trial against him, although they have acknowledged they do not have sufficient votes. In 2019, centrist President Martin Vizcarra dissolved Congress after two votes of no confidence during an intense spat with the opposition. The following year, a new Congress ousted Vizcarra amid allegations of corruption.

The president sought a referendum on a new constitution both to end the deadlock between executive and legislature and to replace the 1993 constitution implemented under dictator Alberto Fujimori, who notoriously oversaw a programme of mass sterilisation of native Americans in line with an army-drafted proposal to “exterminate culturally backward and economically impoverished groups,” a project partly funded by USAid.

Mr Castillo wants a new “plurinational” constitution like that of Bolivia to recognise the rights of indigenous people. Though Mr Fujimori is in prison for crimes against humanity, his daughter Keiko is a prominent opposition leader who stood against Mr Castillo last year.

The same zingoism of the right wing opposition is evident in Colombia and Chile also ruled by Left wing Presidents. The opposition parties are making all efforts to derail the progressive measures with the objective of making the left governments unpopular among the people. Brazil recently elected the left wing Lula as the new President but the national assembly is dominated by the right parties. Lula will take over on January 1next year. The opposition is already saying that they will not allow the Lula presidency to implement its programme. (IPA Service)