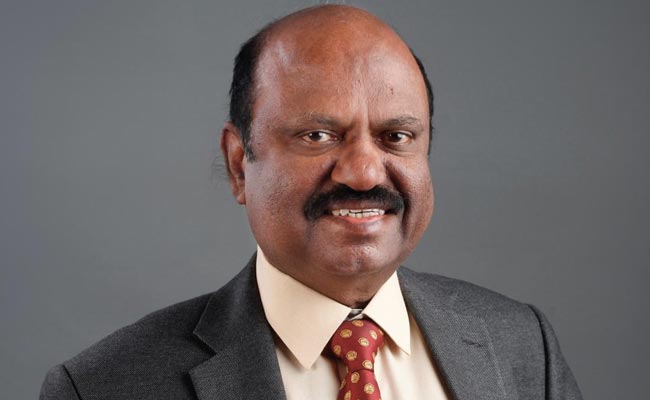 The West Bengal BJP is at crossroads over its interaction with new governor CV Anand Bose after leader of the Opposition, Suvendu Adhikari and state unit chief, Sukanta Majumdar boycotted the swearing in ceremony of the governor on November 23 claiming they were not given seats of honour in keeping with their position. The saffron camp leaders are in doubt whether Bose had taken exception to the “boycott” or taken it in his stride.

For the governor’s mindset is of significant import to the state BJP, the principal Opposition party in the state. After all, Raj Bhavan had been a frequent port of call for BJP delegations during the tenure of Bose’s predecessor, Jagdeep Dhankhar who never failed to give a patient hearing.

Over and above this, Dhankhar shot off caustic comments about the mode of governance of the state, incidents of breakdown of law and order and even sent for senior officials to learn their views on matters which had hit the headlines for the wrong reasons. Things had come to such a pass that according to some Trinamool, leaders the previous governor’s role became almost as a BJP cadre.

Without admitting it, the state BJP leadership looked towards the principal occupant of Raj Bhavan almost as another spokesperson who though sans a political colour was of greater constitutional weightage. But the boycott has put a question mark on Bose’s future interaction with it when a saffron delegation next calls on the governor.

To make matters worse, the BJP was beaten to the draw by Congress. Though his party is unrepresented in the assembly, Bengal Pradesh Congress Committee chief Adhir Ranjan Chowdhury gave the governor the first complaint from.tbe Opposition alleging that Trinamool Congress government was trying to appoint an administrator at Jhalda municipality in Purulia where Congress had just won a vote of confidence.

State BJP leadership is on a sticky wicket as skeletons tumble out of its cupboard. Senior state saffron camp leaders have been rapped on their knuckles by senior party leader Satish Dhond after he came across that the outreach of his party men towards the masses falling short of the goal.

The reprimand had come at a time when the protests and processions against Trinamool dispensation have been stepped up. Dhond had been on the lookout for the organisational lapses which made the saffron party stumble and fall in the state Assembly elections last year after having been tipped to sweep it.

Seeking to script a prescription for recovery, Dhond has stumbled on to unpleasant facts which include that several BJP MLAs are conspicuous by their absence in their constituencies. The surprise was laced by embarrassment when it came to light that these MLAs sought to bite more than they can chew.

For some of these legislators of the saffron camp who are infrequent visitors in their own constituencies aspire to contest in 2024 parliamentary elections. Apart from these MLAs, the Lok Sabha aspirants seeking the party’s nomination also include senior organisational leaders, who have been detected to be lacking people’s support.

It is not that the MLAs in question are sitting idle. They are more active outside their respective constituencies cultivating persons of influence for nomination to the 2024 parliamentary election, according to reports of district chiefs placed at the meeting.

The facts looking the state saffron camp leadership cannot be binned as Trinamool canards for they had come to light at a recent state unit meeting.

Small wonder, Dhond had given vent to his ire which was triggered by the finding that some of his party MLAs and leaders are sleeping on their job. It is a pointer to a question that asks whether most of the seats the saffron party lost last year was an outcome of the diminution of its organisational strength triggered by complacency following the impressive haul of bagging 18 seats in 2019 parliamentary polls.

Not shy of calling a spade by any other name, Dhond lashed out at the MLAs and party leaders playing truant. At a top level meeting of the state unit at its Hastings party office, he pulled up the errant leaders and MLAs for not visiting their constituencies.

Dhond who is from BJP’s national leadership had Howrah, Hooghly and Midnapur in his focus. Midnapur happens to be a stronghold of leader of the Opposition, Suvendu Adhikari.

As Dhond who is BJP’s joint general secretary (organisation) belled the cat, he found he was not crying in the wilderness. A senior leader pointed out that there exists little coordination between the party’s MLAs and MPs.

Party meetings are poorly attended, it was stated. The charge was underscored by former state chief and Kharagpur MP, Dilip Ghosh.

Voicing his dissatisfaction, the veteran leader said that his meetings in the districts are drawing party activists in insufficient numbers. Since Ghosh is speaking of organisational meetings, it is pointer to the scanty number of activists at the level of mandals, an internal unit of BJP.

Organisational weakness apart, internal dissension came to the fore at the meeting which Dhond attended. It was reported that five mandal committees cannot be formed at Haldia and Moyna assembly segments owing to disagreement between state party chief, Sukanta Majumdar and leader of the Opposition, Adhikari.

The situation has boiled down to saffron camp leaders finding internal dissension getting out of hand. The errant leaders are now apprehensive of facing the music when Dhond places his report before Union home minister, Amit Shah. (IPA Service)