Pandemic Has Had Devastating Impact On Learning Of Indian School Children 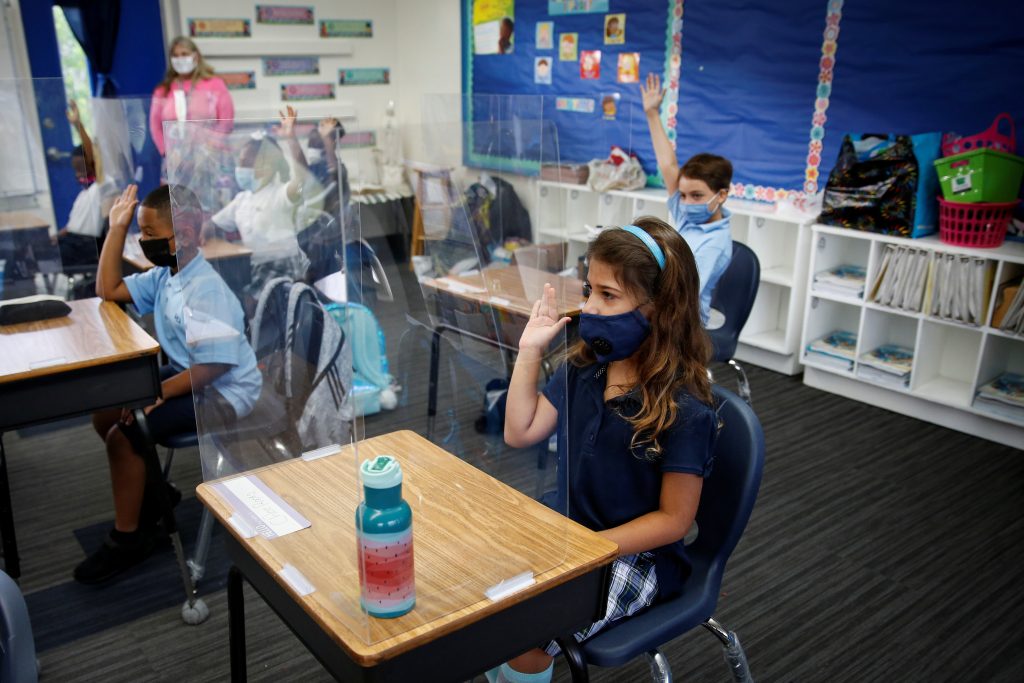 Reserve Bank of India Governor Shaktikanta Das said recently it will spill over to next decade for the Indian economy to recover the losses that had resulted to the economy as a result of the Covid Pandemic during the last two odd years. Now the economy has started recovering not only in India but also globally even though the pace is  uneven. It has also posed new dangers to macro-economic fundamentals particularly Inflation which has, strangely, become both demand and supply driven. But one area where not much attention has been given is the impact of covid on education particularly school education. Extremism ruins couple of generations as it impacts working age group.

In the case of Covid, the impact may not be that severe as digital learning partially bridged the gap. Nevertheless it has had an impact particularly to the school going generation and if immediate correctives are not put in place, there is a possibility of a whole generation getting wasted. This is true of all countries particularly the poor and emerging economies where the impact is more and correctives not forthcoming in an urgent manner. The pandemic had impacted working mothers as well as millions of them were forced to leave their jobs. The learning losses measured in terms of money could be as high as $1.6 trillion world over annually, which could be as high as 0.9 per cent of World GDP. The losses could go up to as high as 2 per cent of GDP annually by 2040.

Not only school going children have been badly affected, the pandemic, according to a McKinsey analysis, the pandemic made the tough profession of teaching even tougher. Teachers remain under an unprecedented level of strain, exacerbated by shortages that have plagued school systems.

McKinsey says the pandemic has taken a substantial toll on students’ academic progress as well as their mental health. School systems need to respond across multiple horizons to help students get back on track. In one of its latest reports, McKinsey examined the impact of Covid 19 pandemic on student learning and well-being and identify potential considerations for school systems as they support students in recovery and beyond. Among the key findings is that the length of school closures varied widely across the world.  School buildings in middle income Latin America and South Asia, including India, were fully or partially closed the longest— for 75 weeks or more.  Those in high income Europe and Central Asia were fully or partially closed for less time—30 weeks on an average. In low income sub-Sahara it was 34 weeks on an average. Access to quality remote and hybrid learning also varied both across and within countries.

The pandemic affected the middle income countries significantly. This included India and other South Asian countries apart from Latin American countries. McKinsey said students in South Asia including India and in Latin America students were on an average 12 months behind. The pandemic also increased inequalities within systems. Beyond the pandemic has had broader social and emotional impacts on students globally – with rising mental health concerns, report violence against children, rising obesity, increase in teenage pregnancy, and rising levels of chronic absenteeism and dropouts. Lower levels of learning translate into lower future earnings potential for students and lower economic productivity for nations.

McKinsey says by 2040, the economic impact of pandemic related learning delays could lead to annual losses of $1.6 trillion, 0.9 per cent of total global GDP.

The prescription to deal with this problem, according to McKinsey is to encourage reopening of schools for in-person learning while ensuring resilience for future disruptions. School systems should also encourage students, families and teachers to reengage with learning in effective learning environments. More importantly, a system needed to be evolved to support students as they recover from the academic and social emotional impacts of the pandemic, starting with an understanding of each student’s needs.

In Tamil Nadu, the government had taken an initiative to set up a 1.75 lakh people strong voluntary force to motivate school going children to get back to school.  This is something other states too could emulate, replicate and improve upon so as to make children to get back to school both physically and emotionally. In rural India in particular, many children who had become regular school going children because of the nation-wide rollout of noon meal scheme are now at cross roads as they have got used sitting at home and carrying out errands for their parents and helping them out in their informal jobs as they themselves are in recovery mode.

A study by the Azim Premji Foundation suggests that as early as January 2021, more than 90 per cent of students assessed in India have lost at least one language ability, while more than 80 per cent lost a math ability. This pattern could be particularly challenging, since higher order skills are increasingly important in middle-income countries like India with rising levels of workplace automation.

Mckinsey’s jobs lost, jobs gained report suggests India may need 34 million to 100 million more high school graduates by 2030 to fill workplace demands. The pandemic has put existing high school graduation rates at risk, let alone the vast expansion required to meet future demand for workers. If correctives do not happen immediately, the losses arising out of pandemic impact on education could be as high as 2 per cent of global GDP annually by 2040 and hence all countries including India needed to act upon this issue urgently. (IPA Service)