No Bulldozer Raj, Countrymen Want Shelter For Poor And Migrants 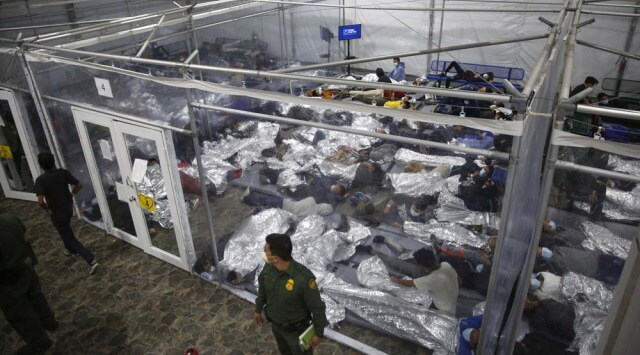 The 75th year of Indian independence, which the government named as ‘Amrith Kaal’ is marked by the growl of the bulldozers. It has become a day-to-day affair in the national capital where the authorities come with bulldozers to the neighbourhood of Delhi where the poor people dwell in huge numbers. Jahangirpuri, Govindpuri, Shaheenbagh, Sarojini Nagar- thus the list grows. It shows the class character of the RSS – BJP government and its approach to the concerns of the poor. Shelter is a fundamental right of every human being living on this earth. For the BJP, that is easily forgettable if the victims are poor or Muslims. This is an outrageous violation of Article 21 of the constitution.

The Supreme Court of India has held that the right to life of human beings is not limited to mere animal existence and extends to the right to live with human dignity, including shelter, clothing, nutrition. The Court has also interpreted the right to be a fundamental right guaranteed under Article 19(1)(e) and 21 of the Indian Constitution.  Article 25 of The Universal Declaration of Human Rights (UDHR) states that every individual has a right to a satisfactory standard of living, along with the enjoyment of clothing, food, and medical care. Article 11 of the International Covenant on Economic, Social and Cultural Rights (CESCR) recognizes the right of adequate housing to everyone with a focus on continuous improvement in living conditions. Article 43 in the International Convention on the Protection of the Rights of All Migrant Workers and Members of Their Families discusses the right to access housing of migrant workers and their families.

Mass scale migration to the mega cities is nothing new. It is a global phenomenon with its own reasons and consequences. The important cause is the crisis that has engulfed the agriculture sector, badly affecting the rural economy.  People in large numbers are forced to migrate to cities in search of work, food and shelter. Thus, not only new neighbourhoods came into existence at the outskirts of every large city. Slums also have emerged where the most downtrodden among them are forced to live. Theirs is a bitter struggle for survival. Those human beings face all sorts of challenges, still they have become an essential part of urban life and Indian reality. The statistics with the government itself say that 6.5 crores people are living in around 108,00 slums (2011 Census data).   It is every one’s knowledge that the real numbers are much above the official data.

In the course of time these migrated lot becomes inevitable necessity for the smooth flowing of affluent urban life even. They do all sort of menial labour for the households of the rich and the affluent.  They are the drivers, dhobis, vendors, domestic workers, cleaners and plumbers, security guards, gardeners, rag pickers etc. for the urban life. No city can even imagine of its existence without the labour of these sections of people who constitute a major part of our workforce.  On certain special occasions the rulers praise their service using hollow adjectives. During the elections big leaders visit them as vote seekers and the next day they forget them. It is to their dwelling places that the bulldozers are sent now.

The authorities and the BJP leaders talk about unauthorized constructions. It is with this argument they try to justify their bulldozer politics. It is well known to them that illegal constructions are taking place in large scale in those areas where the urban rich are concentrated. Their malls, shops, offices, houses, theatres, etc. are built or extended as and when they like it. Can the government say that all these big constructions are taking place as per rules and regulations? Bulldozer politics is yet another instance of the double standards followed by the ruling class.

There are different yardsticks for their law when it is applicable to the rich and the poor.  Even while dealing with the so-called illegal constructions, the Supreme Court has specified conditions like proper notice and rehabilitation. In the case of large-scale evictions, rehabilitation measures are unavoidable. For the BJP rulers all concerns of human rights and democratic norms are insignificant. They approach the issue with political vendetta. Communal intolerance also guides them. They draw in faith and God into their demolition frenzy. Even though bulldozer politics hit at the lives and livelihood of the poor, irrespective of their religion, RSS-BJP are eager to paint it as a Hindu- Muslim issue.

Aiming at communal violence, their storm troopers are propagating rumours and cooked up stories. The ruling party that has failed in all walks of life is desperately trying to divide the people to hide their crime on the nation. Elections in 2024 is their goal.  For that they intend to mobilize religious extremists as their vanguard. An analysis of the recent demolitions signifies this fact. The government should desist from its communally charged vendetta politics targeted against the poor and the minorities. They should heed to the reference made by the Supreme Court asking the Central government in a similar case “to act humanely, as is expected of a “model government”, by not taking any coercive action against the occupants till their plea for rehabilitation is decided”. (IPA Service)