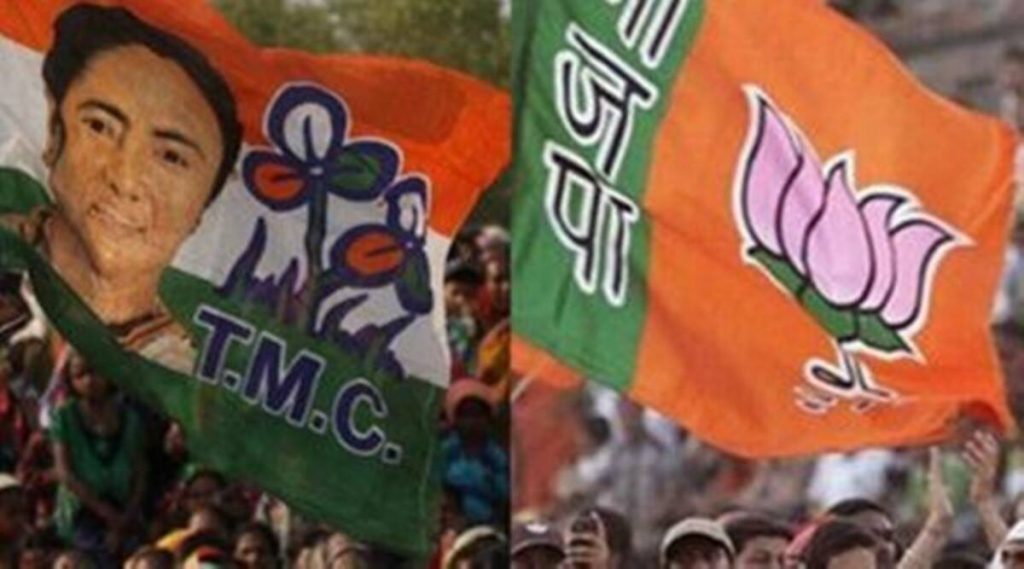 Panchayat elections scheduled to be held in West Bengal early next year will be in stark contrast to the rural polls held five years ago. But the CPI-M has little reason to be upbeat about its chances of surging past the BJP which many voters opposed to Trinamool Congress feel is a better choice than CPI-M to support.

Absence of a level playing field led to Opposition namely BJP, Left Front and Congress withering away in Birbhum, Burdwan(East) and Midnapur (East) and (West) in the last rural polls. The other district where this phenomena was found to be present was Nadia district at Nakashipara and Chapra.

There will be marked differences in the campaigning and the polling day scenarios between 2023 Panchayat polls and the one held in 2018 in which more than 35 per cent of the seats went uncontested in the ruling party’s favour. Charges of intimidation of voters and Opposition candidates which marred the 2018 rural polls in the state are likely to be absent in next year’s election

The change of heart and thinking process of some of those who chalked out plans of cornering the Opposition in the last rural polls is likely as they found to their dismay the voters’ ire rebounding in 2019 Lok Sabha polls. For the BJP had benefitted from an outpouring of votes from those who could not exercise their franchise in 2018 rural elections

The rural voters disenchantment with the ruling dispensation in 2019Lok Sabha polls coupled with an anti-incumbency factor and Prime Minister, Narendra Modi and Union home minister, Amit Shah hitting the campaign trail almost daily was a wakeup call for Trinamool Congress in 2021 assembly polls and the polling was done comparatively in a peaceful manner compared to the 2018 rural polls.

The CPI-M continues to be hamstrung by organisational weakness which is now.all the more visible sans any tilt of the police administration which was a boon to it during the Left Front regime. Moreover, the public memory need not be refreshed about the incidents of Singur, Nandigram and Netai to name a few. The veterans still remember the unalloyed politicalisation of the every institutions to favour the CPI(M) nominees and supporters..

On the other hand, the BJP, even though it is a house divided is an almost untested entity in this state and voters will be prone to give it a chance. Many of the rural voters who are angry with Trinamool are unlikely to be swayed by reports of its alleged misrule in Uttar Pradesh and Madhya Pradesh. In rural Bengal, it is mostly between Trinamool and the BJP.

A “silent voting segment” continues to support the saffron camp nominees in successive elections. The reasons behind their allegiance which is yet to be laid threadbare may vary from a charismatic prime minister to the so called achievements of the NDA government or the state of affairs nearer home being unsatisfactory.

The BJP having polled nearly 38 per cent votes in the Assembly election last year sans any significant support from a minority community speaks volumes about its core vote bank’s faith on it. The Trinamool polling 49 per cent votes. while the Left’s vote share being a mere eight percent highlight the extent of their respective support bases in rural and urban areas.

Though there has been an improvement in the morale of the CPI-M’s rank and file in the state post 2021 elections and capturing a greater percentage of votes than BJP in Ballygunge by-election last year the success is of a flash in the pan variety. Out of five wards mostly populated by minority community voters, the Trinamool nominee won in three and CPI-M candidate in two wards in this by-election is a clear pointer to the support base of the ruling party though it’s candidate had defected from BJP not too long ago.

Yet a section of state CPI-M leadership is nursing a hope of relegating the BJP to the third position in the rural polls next year. It has been buoyed by a marked spurt in the sale of books from CPI-M stalls during the pujas and attacks on them.

The book stalls selling party literature and ideology had been decked up by placards of “Najare Panchayat” in rural areas with a phone number given to register complaints and others in Kolkata with “Chor Dharo, Jail Bhoro”. If the attack on the stalls located. At Dinhata in north Bengal, Chatterjee hat in Howrah and Rashbehari in south Kolkata. are interpreted by some party faithfuls and fellow travellers to be signs of some turn around.

A week is a long time in politics and a few months are to go of this year following which Panchayat elections are scheduled to be held in the state. But given the state of its preparation in the run up to the elections, even some of the most hard core supporters of CPI-M won’t predict that it will unseat the BJP to the third position. From all indications, the CPI(M) is still not in the radar of the rural Bengal as a viable opposition to Trinamool Congress, it is still BJP and that too far ahead of the CPI(M) led Left Front..The CPI(M) can only fight to improve its voting percentage by one or two points ,still remaining at distant third in the political landscape of Bengal. (IPA Service)