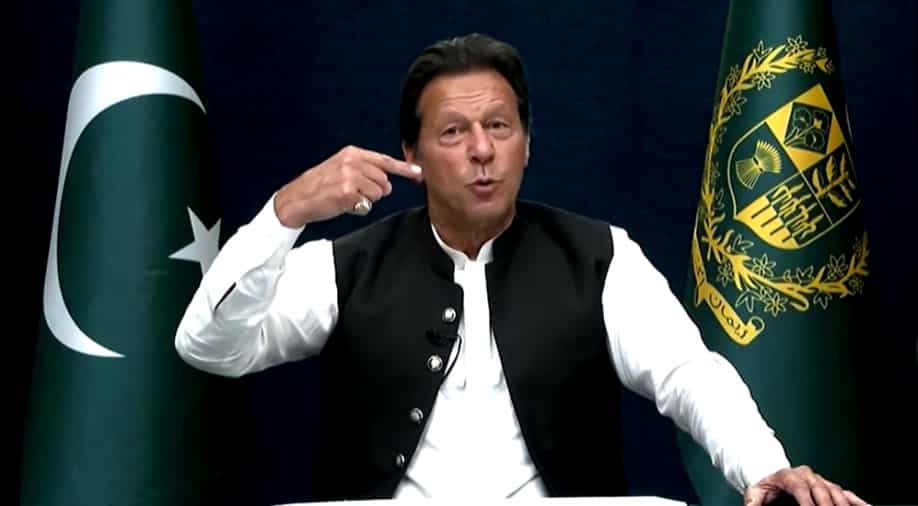 The Pakistan Tehreek-e-Insaf chairman and the erstwhile Prime Minister of Pakistan Imran Khan’s threat to move the court over the recent audio leaks questioning how and who did leak them suggests that that the PTI chief seems to be on the lookout for an escape from the accusation through a juridical route. The statement he made on Monday is a sequel to a steady stream of audio recording that were allegedly candid conversations never meant to be heard by the public, of government figures in the Prime Minister’s Office.

Over a fortnight back, the audio leaks unveiled that Imran Khan was allegedly heard talking about horse-trading and branding his opponents as “traitors”. The first audio leak — second of two in a day– allegedly featuring PTI chairman Imran Khan telling party leaders Asad Umar and Shireen Mazari that the use of the controversial cipher created “fertile ground” for his Mir Jafar and Mir Sadiq” narrative surfaced. The second leak alleges that Khan was heard saying that whatever the party had done on the cipher should have been done days earlier. Khan can then was heard saying that response to the “letter” had exceeded party expectations the world over. Mazari can be heard interjecting that China had even released a statement “condemning American meddling” in internal affairs of Pakistan.

The PTI supremo is visibly on the back foot and is yet to state in plain words that the audio tapes are fabricated. His rebuttal efforts are feeble. “I ask them [neutrals] that the audio leaks of the Prime Minister Office […] if the security of the Prime Minister Office has been breached […] this means that our enemies have our sensitive information. “I am using the iPhone 14 Plus, here are 5 reasons why it is the iPhone to get in 2022

The iPhone 14 Plus costs Rs 50,000 less than the iPhone 14 Pro Max thus offering a solid alternative for big-screen iPhone lovers.

The Opposition leader stated that he and his party are for a judicial scrutiny on the authenticity of the leaks , to be followed by a joint investigation team to probe if an intel agency did the bugging and indentifying the persons who leaked the ‘mostly edited and doctored audio. ’ For the PTI leadership, the matter is critical as sensitive security issues ‘are and have been illegally recorded and subsequently hacked, implying that the confidentiality of Pakistan’s national security has been exposed globally. ’

”This reflects his frantic effort to get out of the imbroglio by resorting to juridical acrobatics. “ The great Test Captain whom we were proud about for playing with a straight bat is disappointing us’, stated a dissident PTI leader. The term ‘neutrals’ that he mentioned is in use exclusively by the military establishment. This means Khan blamed the Prime Minister’s office for the leaks.

The PTI boss has been duped by President Dr Arif Alvi who in an interview said while he was not averse to a probe into how the PTI government was ousted but rejected the concept of ‘an American conspiracy’ behind it. Dr Alvi was a senior PTI leader before taking over as the President of Pakistan.. This expression of dissent demolishes Khan’s anti-US narrative based on a “cipher.” But Dr Alvi added that “The letter [foreign cipher]” was sent to the Chief Justice of Pakistan Umar Ata Bandial and investigation should be made on this point.

It may be recalled that Imran Khan claimed on March 27 this year at a public gathering before his ouster that his government had been threatened by the US and the opposition got into the conspiracy thereafter .But the US government officially rejected the allegations.

True, anti-US sentiments create response from the masses and Khan and his party would not let it die down till the next elections. After all, Pakistan and US have a historically “love and hate” relationship that made peaks and troughs in the Pak-US diplomacy , causing trust and distrust even to an extent that at times its impact was felt on the political arena.

When Pakistan’s first Prime Minister Liaquat Ali Khan decided to visit the US, and as many believed gave preference to the US over the USSR, the subsequent events led to in the ban on left-wing politics in Pakistan, particularly the new-born Communist Party of Pakistan. The US Embassy in Islamabad nurtured a policy of discouraging communists’ activities globally. This includes funding of anti-communist activities. Left-leaning political activists, mostly inside the Pakistan People’s Parties, banter Imran’s anti-US tantrums as sham and showbiz. “After all, he was a pet of President Zia-ul-Haq, Pakistan’s most hated military dictator,’ said a Lahore-based academic.

Defence Minister Khawaja Asif ridiculed Imran Khan saying that the PTI chairman was so desperate to get power in the centre that he was even ready to touch the feet of those whom he called neutrals. “At a time when there is complete chaos in KP and law and order situation is deteriorating, Imran is claiming that he should be returned to power” speaking during a session of the National Assembly, the lower house of Pakistan’s law-makers. (IPA Service)

Absence Of Mulayam Singh Yadav Will Have Deep Impact On Samajwadi Party
Posting....