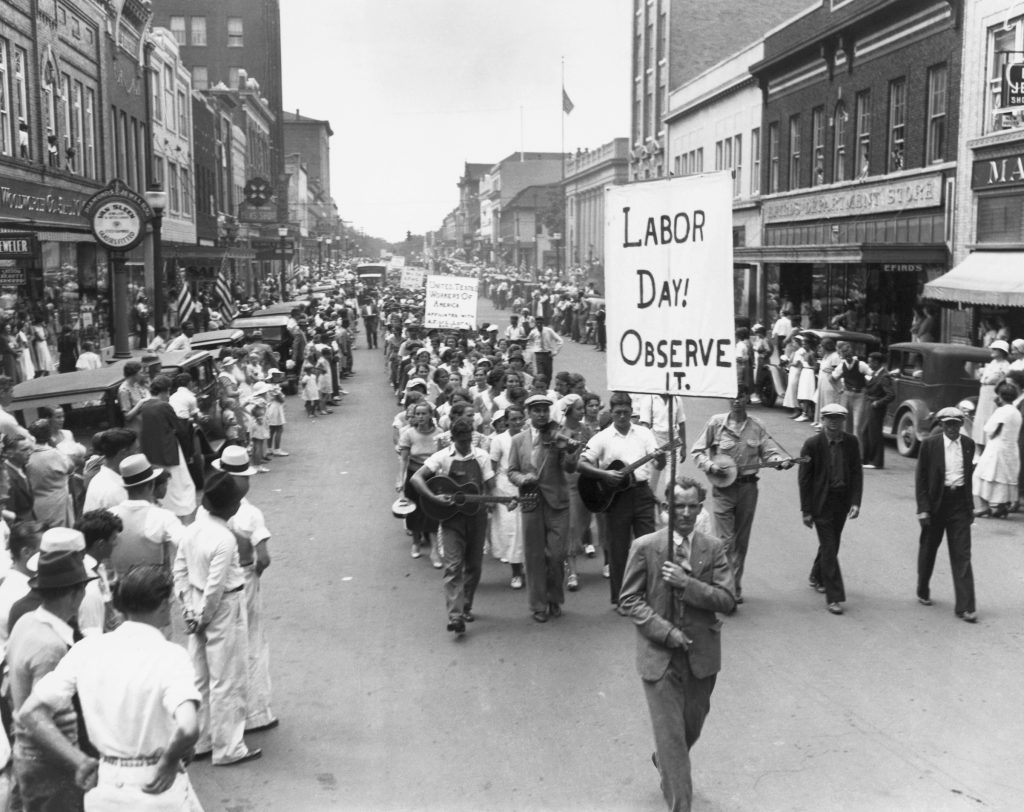 A neo-liberal regime entails a spontaneous change in the balance of class power against the working class everywhere. This happens for a number of reasons. First, since capital becomes globally mobile while labour is not, such globally mobile capital gets an opportunity top it the working class of one country against that of another. If the workers of one country go on strike, then capital has the option of relocating its production at the margin to another country; and its very threat to do so serves to keep down the militancy of the workers in every country.

This is simply an instance of the well-known fact that centralization of capital is a means of subduing the militancy of workers: since centralisation of capital is typically associated with the deployment of such centralised capital across aset of scattered activities or across scattered geographical locations, militant action by the workers in any particular location or branch of activity faces the threat of capital shifting to another branch or location. Neo-liberal globalisation entails centralisation of capital but with a global dispersion, and hence imposes similar effective restraint upon the militancy of the workers.

The fact that workers in the metropolis get restrained by being linked to the vast labour reserves of the periphery, which is what neoliberalism ensures, is well recognised. The increasing gap between the conditions of the metropolitan workers and those in the periphery that had characterised capitalism in the earlier period when it had segmented the world economy into two parts, across which neither labour nor capital moved, can no longer be sustained; but neo-liberalism had always held out the promise that relocation aided rapid growth of the peripheral economy, would use up the labour reserves there, i.e., that these reserves which are a legacy of colonialism and semi-colonialism (though neo-liberal ideology does not recognise this fact),would finally dwindle.

This promise however gets belied. In fact rather than reduce the magnitude of labour reserves in the periphery, the neo-liberal regime actually increases it. Neo-liberalism is associated there with an increase in unemployment, though this fact may manifest itself as a reduction in the number of days that each worker works rather than as a decrease in the number of workers employed.

This increase in unemployment follows from two characteristics of neo-liberalism. One is the withdrawal of State support from petty production and peasant agriculture with a view to opening up this sector to encroachment by big capital and agribusiness. The second characteristic is the opening up of the economy to freer cross-border flows of goods and services which greatly increases the compulsion of every producer to introduce technological progress in order to defend market shares against imports. Since saving on labour is the typical form taken by technological progress under capitalism, this means a rise in the rate of growth of labour productivity and hence a decline in the rate of growth of employment. Thus, as displaced peasants and artisans enlarge the number of job-seekers in the capitalist sector of the economy, the growth in the number of jobs shrinks in that sector, causing a swelling of the relative size of labour reserves. This fact weakens the position of the working class in all countries.

The third factor that weakens the position of workers everywhere is the privatisation of public sector units. Workers in public sector units are invariably better organised than those in private sector units, a fact evident from the extent of unionisation in the two sectors. In the US for instance almost a third of public sector employees (including in the sphere of education) are unionised, compared to only about 7 per cent of private sector employees. It follows that privatisation has the effect of subduing working class militancy. This in turn subdues workers’ militancy in the economy as a whole.

It is for this reason that France which still has a sizeable public sector continues to witness militant workers’ struggles. In India where there had been a substantial public sector with a history of glorious struggles, gradual privatisation has made such struggles undoubtedly more difficult; it has led to a shift in the locus of unionisation to the small-scale sector.

What is striking however is not so much the fact that neo-liberalism weakens the working class in its struggle against capital, but that despite this weakening neo-liberalism is witnessing at present an upsurge of workers’ militancy. In Britain rail workers have staged several strikes this year, including, during the previous summer, the biggest strike seen for decades. Even at present, the rail workers have rejected the pay offer made by the employers as being too paltry and are threatening further strike action in December and January. Railway workers however are not alone. Postal workers, nurses, ambulance workers and others have been either engaged in strike action or going to be, so much so that the chairman of the ruling Conservative Party has talked of bringing in the army to run “essential services”. In Germany, port workers, public transport workers, aviation security workers, construction workers, and railway workers have all been either engaged in strikes or are soon going to be. The same is true of other European countries. In other words, the relative quiescence of workers that had characterised the neo-liberal era until now is coming to an end.

The typical explanation for this upsurge of militancy that one comes across in the western press attributes it to inflation. Inflation in turn is believed to have been caused by factors, like the Ukraine war or Covid-induced disruptions in supply chains, thatare supposedly wholly extraneous to the functioning of neo-liberal capitalism.

This explanation however is inadequate for two obvious reasons: one, neither the Covid episode nor the Ukraine war is extraneous to the functioning of neo-liberal capitalism. This is clear in the case of the Ukraine war whose genesis lies in the attempt to maintain the hegemony of western imperialism that neo-liberal capitalism also seeks to buttress. But even the Covid episode is not extraneous to neo-liberal capitalism: its sweep and intensity owe much to the western reluctance to part with monopoly control over vaccine technology; besides, even the origin of Covid, it now appears from the report of a Lancet-appointed committee, has been in a laboratory which could well make it a fall-out of military-linked research on behalf of imperialism.

The second reason why the current inflation is not extraneous to neo-liberal capitalism is the following. Capitalist crises have this characteristic that attempts to resolve them often simply lead to crises in a different form. The tendency towards over-production that neo-liberal capitalism has generated because of the rise in the share of surplus in output in the world capitalist economy as a whole, as well as in individual capitalist economies, has been sought to be overcome for a long time in the US, the leading metropolitan country, by keeping interest rates close to zero and pumping in huge amounts of liquidity into the economy through what is called “quantitative easing”.

Now, capitalists, in deciding any course of action, evaluate the risks associated with that course. The availability of huge amounts of liquidity at very low interest rates greatly reduces the risks for corporate associated with jacking up their profit margins. This is why several American corporations at the first opportunity jacked up their margins, precipitating the current inflation. Other factors no doubt played a role but this basic cause of the current inflation must not be forgotten.

It is this direct assault on their living standards that workers everywhere are vehemently protesting against. This assault in turn is symptomatic of the dead-end of neoliberalism. (IPA Service)