Narendra Modi Govt Is Avoiding Discussion On Tawang In Parliament 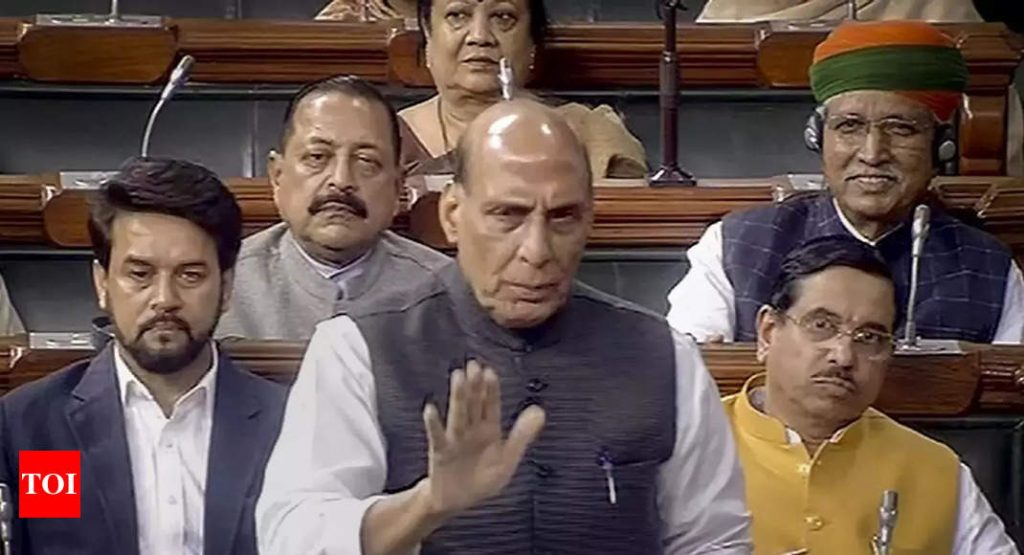 Congress Member of Parliament Manish Tewari wants a discussion in the Lok Sabha on the ‘border situation’ with China, the Line of Actual Control, which is a euphemism for not having a recognized border. Tewari, who has established himself as a military affairs expert over the years, has given an adjournment motion notice, which should be welcomed because otherwise the Modi government would let bygones be bygones and forget and forgive China.

The gist of Tewari’s argument is the Union government cannot let China go unquestioned and that China’s attempts to infiltrate the LAC have been left unchallenged; that Prime Minister Narendra Modi is “scared” of China.

What takes the cake is that trade with China has been thriving like there was no tomorrow, like if India stopped trading with China, the saffron flower will wilt, droop, wither and die.

The Congress MP wants the government to agree to a discussion on Chinese incursions and not get into a fruitless altercation; give the government an excuse to slither out of a debate on an issue of national importance. As it is, the government is on the mat, and trying hard to brush the contentious issue under the carpet.

”I demand that this House suspends Zero Hour and other relevant rules relating to Question Hour and other businesses of the day to have a detailed discussion on the grave situation at the border with China in the Tawang sector in Arunachal Pradesh,”  Tewari wrote in a letter. “This is the first physical clash between the two armies since August 2020 which took place at Rinchen La in eastern Ladakh. We have had the Hon’ble Defence Minister give a statement. However, there are crucial questions that need to be asked.”

Tewari was speaking for the entire Opposition. The people of India have a right to know why PLA soldiers were getting into fisticuffs with Indian soldiers at the LAC, first at Galwan, and now at the Yangtse, what does the PLA want? Why is Prime Minister Narendra Modi playing deaf and dumb; does the government know what China wants and what China hopes to gain from infiltrating the LAC? Has India lost territory to China because of these incursions? If yes, does the government of India have a plan to get the lost territory back?

Defence Minister Rajnath Singh made a statement after the December 9 Tawang infiltration. The Raksha Mantri called it an “attempt” to infiltrate, implying that the PLA failed. Since then, unverified videos have surfaced of Indian Army soldiers beating back Chinese PLA soldiers. The videos could have been leaked by government agents and could have been of previous attempts at infiltration that were not reported.

The government waited for more than two days to make the “impromptu statement”, and did so only after a newspaper broke the story. It is common lore that the PLA infiltrates the LAC hundreds of times every year, and not all the attempts are reported. Perhaps the government expected this one also to go undetected, and unreported.

Maybe the government wants the Indian people to believe that with Modi at the helm, Xi Jinping’s army dare not infiltrate the LAC. And among the confidence building measures must be the one that says “trade at all costs” with China, which in Tewari’s words is “at an all-time high”. From 2020 to “now”, imports from China have risen from $27.3 billion to $52.4 billion.

The fact is, Chinese President Xi Jinping knows he has an easy thing going when Modi doesn’t take any hard anti-China decisions. From Galwan in eastern Ladakh to Tawang in Arunachal Pradesh is nearly 2,500 km and China has built massive infrastructure on its side of the LAC even as India has been playing catch-up. There is also considerable troop buildup on the Chinese side of the LAC. Again, India has been only reacting to the Chinese “initiatives”.

All said and done, it is unlikely the Modi government will accede to a discussion. The Winter Session will continue till 29 December, and Tewari can count the number of days and still fail. In 1929, Bhagat Singh and Batukeshwar Dutt threw pamphlets and smoke-bombs into the Delhi Central Legislative Assembly. Then, 93 years ago, Bhagat Singh said, “If the deaf are to hear, the sound has to be very loud.” Today, India is independent, and has an elected government. Yet, Manish Tewari asking for an adjournment motion on China, is like Bhagat Singh and Batukeshwar Dutt making a loud attempt to “make the deaf hear”. (IPA Service)