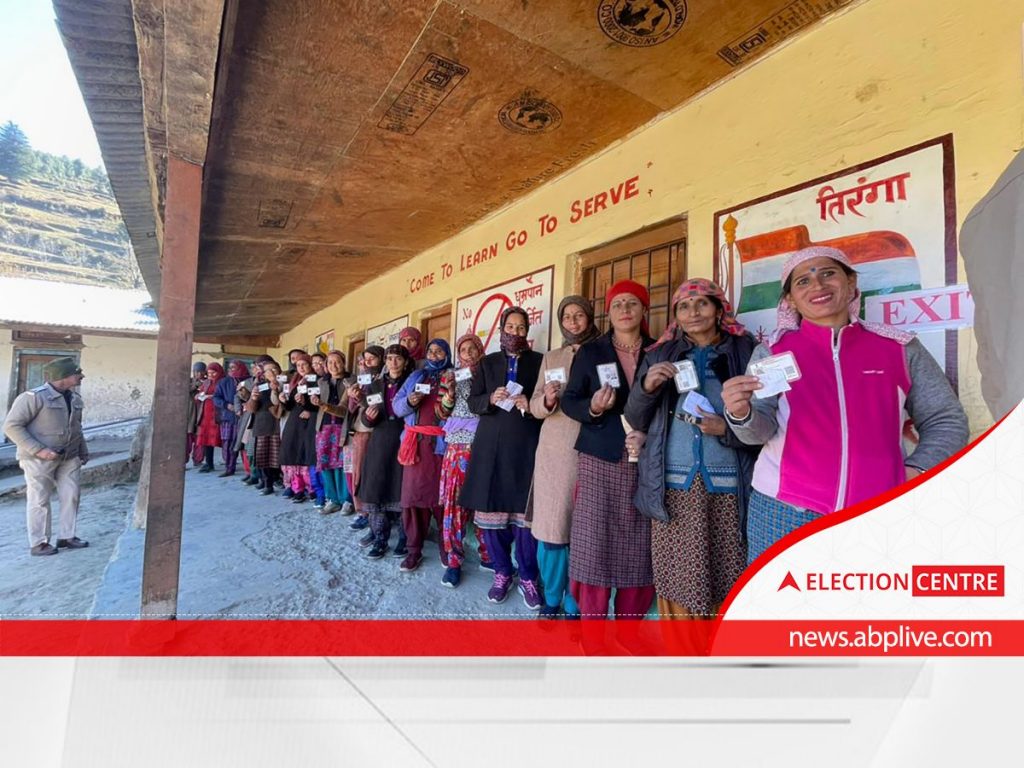 The Indian National Congress at last scored a decent electoral win this year. The Congress managed to pull Himachal Pradesh from under BJP’s nose, as it crossed the majority mark of 35 seats in the 68-member Assembly in the hill state. Himachal maintained its tradition of not voting any incumbent government to power since 1985. The Congress won 40 seats in all, while BJP bagged 25. Three Independents also emerged as victorious. The Aam Aadmi Party, which had contested on 67 seats, failed to open its account. The Congress national general secretary Priyanka Gandhi on Thursday thanked the voters of Himachal Pradesh and also congratulated party workers on the Congress’s return to power in the hill state. The BJP Chief Minister Jairam Thakur has already submitted his resignation to the governor. Meanwhile, speculations are rife that state party chief, Pratibha Singh, wife of the late former chief minister Virbhadra Singh, is likely to be named as the party’s choice for the Chief Minister’s post. Other names, like those of Mukesh Agnihotri and Sukhwinder Singh Sukhu, are also in discussion. Obviously, the final call will be taken by the Congress high command after the discussions with MLAs.

UDDHAV WANTS TO TEAM UP WITH PRAKASH AMBEDKAR, WILL MVA AGREE?

Ahead of the approaching local bodies polls in Maharashtra, including the elections to the BrihanMumbai Municipal Corporation (BMC), Shiv Sena President and former Chief Minister Uddhav Thackeray conducted a meeting with Vanchit Bahujan Aghadi founder-president, Prakash Ambedkar. It’s likely the first major step in forging a new Shiv Shakti-Bhim Shakti alliance. Ambedkar said that he has offered to ally with the Sena and the ball is now in the MVA’s court. “Let the Congress and the NCP take a final call on this,” he said. Prakash Ambedkar is the grandson of Babasaheb Ambedkar. Uddhav and Ambedkar’s common aim is to take on the coalition of the BJP and the RPI (A). The Republican Party of India (Athawale) or RPI(A) is an offshoot of BR Ambedkar’s political ideology. It is still not known whether the VBA will remain an ally of the Shiv Sena (Uddhav) or be accepted into the MVA (Maharashtra Vikas Aghadi) alliance of SS(U)-Congress-NCP. The VBA appears to be keen to join the MVA and Prakash Ambedkar indicated that the ball was in Uddhav Thackeray’s court to work out the modalities. It is still not certain whether the alliance between the VBA and SS(U) will continue till the BMC elections in 2023, or the 2024 general election.

The West Bengal unit of the CPI(M) is likely to accept the Congress invitation to participate in the West Bengal leg of the ‘Bharat Jodo Yatra’. The Bharat Jodo Yatra, led by former Congress president Rahul Gandhi will commence from the Ganga Sagar islands in the south on December 28. The Congress, has already geared up for preparations of the yatra, will formally invite the CPI(M) and other secular Left Parties in West Bengal to join Rahul Gandhi. The Congress and the Left were united during the 2016 assembly elections, but had a split during the 2019 Lok Sabha elections before reuniting for the 2021 assembly elections during which the two parties faced disappointment failing to win even a single seat.

TRINAMOOL CONGRESS BANKS ON TOWNHALLS TO BOLSTER CHANCES IN MEGHALAYA

Ahead of the state assembly elections, the TMC is striving for something new in Meghalaya. The party had organised a ‘Town Hall – Conversation with Women’ at Bivar road in Shillong, which was addressed by Dr Mukul Sangma, Trinamool Congress Legislature Party Leader and Leader of Opposition. The event’s aim was to approach women voters of North Shillong. More such townhalls are planned in future for voter outreach and to ascertain on how much impact such direct interactions will have. (IPA Service)