OPEC’s Decision To Cut Oil Output Is A Challenge To U.S. Hegemony 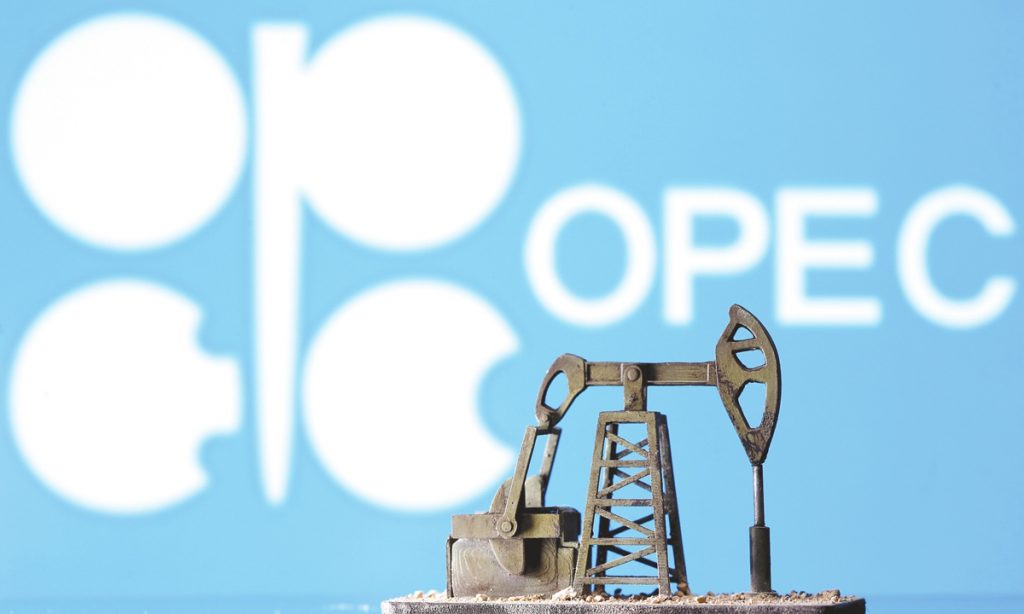 What is called OPEC+ that is the13 members of the Organisation of Petroleum Exporting Countries (OPEC) together with 11 other petroleum exporting countries led by Russia, decided on October 5 to cut their oil production by 2 million barrels per day, starting from November. The US had been pressing OPEC not to take this decision. There had been hectic lobbying by the US to prevent this outcome, and several visits by top US officials to Saudi Arabia, including even by President Joe Biden, to press home the point. And yet OPEC decided otherwise; not surprisingly, this decision has been called in the western media “a slap on Biden’s face”.

The reason why the Americans were so keen to prevent a cut in OPEC output is three-fold: first, the consequent rise in world oil prices will exacerbate inflation in the US and elsewhere, leading to a pervasive rise in interest rates to counter it; this will further enhance the threat of a recession including in the US economy. Secondly, even leaving aside these effects that would take time to materialise, the rise in energy prices will have the immediate effect of hurting and hence annoying American consumers, which will have an adverse impact on the Democratic Party’s electoral prospects in the coming November elections to the Congress and the Senate in that country. Thirdly, there is the fear that any output contraction by OPEC will help Russia by increasing its oil revenue; and the US does not want such an increase because it defeats the very purpose of the sanctions that have been imposed on Russia in the wake of the Ukraine war.

So serious is the last of these considerations that the US officials visiting Saudi Arabia had been posing the issue as one where that country had to choose between America and Russia. And the OPEC decision to cut output has been seen as having a geopolitical significance, involving a cooling off in US-Saudi Arabia relationship.

The fact that a cut in oil output will help Russia is not in doubt. Indeed it will help Russia more than any other country. This is because several countries in OPEC+ have not been producing their full quota of oil. This group includes not only Nigeria and Angola, which have not made adequate investments in the past to boost their oil output, but also Russia, which has been producing less than its quota owing to the sanctions. The decision to reduce output by 2 million barrels a day, which will mean a reduction in the production quotas for all the participant countries, will still leave the Russian quota above what it currently produces. Russia therefore will not be cutting any output because of this decision. On the other hand, the ensuing rise in world oil prices will benefit Russia, so that its oil revenue will not just go up, but go up the most among all the major oil producing countries. For the US which has been spearheading the drive to impose sanctions on Russia to bring it to its knees, this represents a clear setback.

Why then did the OPEC decide to cut output? The argument they put forward for the cut is ironically analogous to the very argument that the metropolitan countries advance against the cut. The metropolitan countries’ argument states that the cut would aggravate inflation and hence lead to a rise in interest rates and herald a serious recession; OPEC’s argument is that the rise in interest rates that is occurring will cause are cession that will lower the demand for oil and hence its price, to forestall which there must be a cut in oil output. OPEC’s idea in short is to stabilise the world oil price in the face of the looming recession.

Typically when there is a reduction in demand for primary commodities but supplies do not fall as much, there is a fall in the prices. During the Great Depression of the 1930s for instance there was a sharp fall in the prices of primary commodities relative to manufactured goods, so that the terms of trade worsened for primary commodities, including for agricultural products. As a result, the peasantry everywhere, including in India, had got into debt; and this distress of the peasantry had radicalised it into participating actively in the anti-colonial struggle.

Of the two kinds of adjustment in primary commodity markets, quantity adjustment is likely to be much better from the point of view of the producers. An example will make this clear. Suppose demand falls by 10 per cent; if supply is also reduced by 10 per cent, with the price remaining unchanged, then the revenue of the producers falls by 10 per cent. But if the supply remains unchanged but the price is allowed to fall, the fall in price will be more than 10 per cent to keep demand unchanged (which is the same as saying that the demand for primary commodities is price-“inelastic”).Suppose the price falls by 20 per cent; in that case the revenue would have fallen by 20 per cent as well.

OPEC’s decision therefore is not the product of any malicious intent, or any desire to cock a snook at the US, but makes perfect sense from their point of view. Of course, the fact that they have been able to stand up to the pressure being exerted by the US to keep output unchanged, is a sign of the changing times, of the challenge to US hegemony that is emerging even among countries that were its staunchest allies till the other day.

It is true that crude oil prices have been coming down of late. The price of Brent Crude, for instance, which was $120 per barrel in June this year, had come down to well below $100 by the time the OPEC decision was made. But then, it would be asked, would this decision not raise the inflation rate? Significantly, during the period of accelerating inflation, the corporate profit margins, including of the manufacturers of petro-products, have been increasing. Now, if crude oil prices rise, and this rise is merely “passed on”, then profit-margins remain unchanged and the ensuing inflation can be said to have been caused by the rise in crude prices. But if profit-margins also rise, then it is corporate greed, and not the rise in crude prices, that constitutes the immediate cause behind the inflation.

The fact that corporate greed has been the proximate factor behind the current upsurge in inflation in the metropolitan capitalism has been quite widely recognised. In fact in Britain there was a strong demand for raising taxes on oil companies that was articulated even by the centrist Liberal Democrats; but the then Prime Minister Boris Johnson turned it down.

What the US would like is a situation in which the rise in interest rate that is supposed to counter inflation via a reduction in aggregate demand works through two channels, not just one: first, by causing unemployment so that the workers’ bargaining strength is weakened to a degree where they cannot defend themselves against inflation through a corresponding rise in money wages; and second, by reducing primary commodity prices, especially oil that is so important for consumers, so that the consumer price-index is kept in check.

The idea in short is to control inflation in the metropolis at the expense of the workers and the primary commodity producers. What is never on the agenda is any reduction of, or even control over, the rising corporate profit-margins that constitute the proximate reason for the inflation. An output cut by oil producers prevents the working of the second of the above channels by preventing a price-fall in crude oil.

The US has announced that in November there would be a release of 10 million barrels of oil from American reserves to counter any price effects of the OPEC decision. That may take care of the November elections in America; but after November, even the American consumers will be further squeezed by the unfolding crisis. (IPA Service)