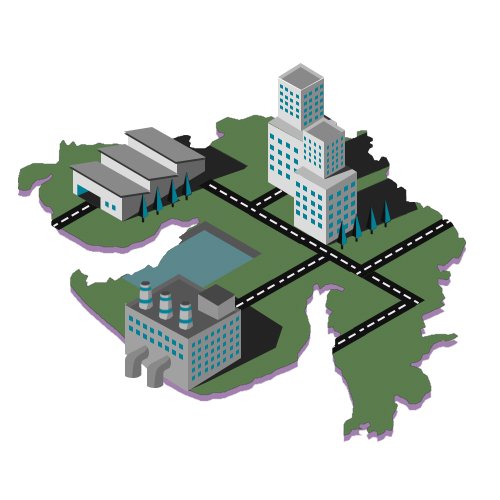 Prime Minister Narendra Modi must be a very happy person today as his dream to make his home state Gujarat an epicentre of India’s economic development has finally come true. Modi has been relentlessly trying to make Gujarat the country’s choicest investment destination since he became the state’s chief minister in 2001. Development of a state does not come easy under India’s political system. No amount of enterprise, industrial infrastructure, proximity to raw materials and market matter if a state opposes the government at the centre. Few state leaders know this better than Modi, an advocate for “double engine growth” with a perfect centre-state political cum economic relation. Since 2014, his party has been ruling both the centre and Gujarat. Interestingly, Gujarat’s all-India ranking, based on per capita state domestic product (GSDP) went up from 12th in 2000-01 to 4th in 2021-22. Although the credit substantially goes to Gujarat’s highly ambitious businessmen, a strong support from the state and union governments has helped make it happen.

None of India’s former prime ministers could match Modi’s achievement in developing their home states. Not even Jawaharlal Nehru, Indira Gandhi, Narasimha Rao, Manmohan Singh and Atal Behari Vajpayee. All of them served a full-term or more as the country’s prime minister. Nehru, Gandhi and Vajpayee belonged to Uttar Pradesh, one of India’s least developed large states. Narasimha Rao was from Andhra Pradesh. Octogenarian Singh hails from Punjab. However, this is not to suggest that those prime ministers held a holistic view of holding the country’s interest ahead of their respective states of origin when it came to channelising investments, private or public, and economic development initiatives. Their policies and actions were mostly influenced by groups of highly politically connected and manipulative private business houses. The tradition continues.

Notably, Modi has been working selflessly for his home state for years. Today, Gujarat leads the country as the No.1 destination for foreign direct investment. Official figures show Gujarat received the highest FDI during 2020-21 with a 37 percent share of the total such inflows, followed by Maharashtra (27 percent) and Karnataka (13 percent). Behind Gujarat’s receipt of FDIs are its industrial and investment friendly policies. Gujarat is a pioneer of New India’s growth story, taking leadership in various sectors including oil refinery, petrochemicals, textiles, dyes and chemicals, pharmaceuticals, automobiles, shipping, ship breaking, steel making and gems and jewellery.  The state is now focusing on computer software and hardware.

Last year, Gujarat led the country’s rest of the states with a record 17.4 percent GSDP growth, the government said. The GSDP at current prices in 2021-22 was estimated at Rs 19,44,107 crore as against Rs 16,55,917 crore recorded in 2020-21. Gujarat’s annual economic growth rate between 2011-22 is well over 12.19 percent. This is remarkable by any standard. Today, Gujarat boasts as many as 46 ports, the largest number in any state.  Between April and November 2020, Deendayal (Kandla) Port handled 73.86 million tonnes of cargo traffic. The government has initiated a number of steps to develop a world-class port city at Mundra. The port has a cargo handling capacity of over 200 million tonnes per annum. Last year, the government announced plans to establish pilot projects for containers. It aims to receive an investment of Rs.1000 crore (US$ 137.91 million) from private players.

In fact, projects have been pouring into Gujarat, even through the pandemic years of 2020 and 2021. ReNew Power announced plans to establish a solar component manufacturing unit in Gujarat at an initial investment of Rs.1,200 crore (US$ 165.49 million), which is likely to increase to Rs. 2,000 crore (US$ 275.82 million). Coal India has signed a power purchase agreement with Gujarat Urja Vikas Nigam for the sale of 100 MW solar power to the company for 25 years. In May 2021, Nikhil Kamath, a co-founder of Zerodha, announced the launch of True Beacon Global, the first alternative investment fund (AIF) in Gujarat’s GIFT City. In April 2021, the Singapore Stock Exchange announced the establishment of its offshore office at GIFT City. Among new landmark developments are the building of an international airport over some 1,500 hectares of land and India’s largest green industrial smart city spreading over an area of 422 sq.km.  Despite initial hiccups and delays in projects like GIFT City and Metro Rail, they are now set to be on fast track with the PM’s blessings.

It is not surprising that Prime Minister Modi’s home state has now emerged also as a preferred destination for defence manufacturing by private players. The Modi government granted a record 22 licences for defence production units in Gujarat ever since it assumed office in May 2014. Adani Defence Systems and Technologies is a prominent name in the list. Gujarat hardly saw any defence production proposal in the past, with Pipavav being the only major exception.

At a time when most other states are struggling to attract investments in manufacturing and infrastructure, Gujarat is flooded with such proposals under the Modi magic. It has become the darling of all major industrial houses of India, maybe because the government has been willing to give away state-controlled resources (land, gas, electricity, nearly interest-free loans etc.) to private corporations without letting public objections or bureaucracy get in the way. Environmental clearances have fallen victim to the rampant culture of crony capitalism in the state. At the special economic zone in Mundra in the Gulf of Kutch, the Adani Group leased 7,350 hectares from the Gujarat government at a rate of between one and 45 US cents per square metre for a 30-year renewable lease. In turn, the group had reportedly sublet the land to other companies, including state-owned Indian Oil, for as much as US$11 per square metre. The Adanis also developed on this land a coal-fired power plant, the largest coal import terminal in Asia, and a 40-mile railway line linking the port to the national network.

Yet, the fact remains that Gujarat is probably the country’s most polluted state as declared by the Central Pollution Control Board in 2010. Due to critical levels of pollution, the union government’s environment and forests ministry (MoEF) had banned all new projects and expansion of the existing ones in the industrial cluster of Vapi in Southern Gujarat. In 2012, the pollution control board declared the state’s three prominent rivers as the country’s most polluted ones. Last year, MoEF listed the Sabarmati as one of India’s most polluted rivers. The unchecked flow of untreated industrial effluent into rivers in Gujarat has led to increasing pollution in the Sabarmati, Mahisagar, Narmada, Vishwamitri and Bhadar. Paradoxically, neither the government, nor the industry seems to be much concerned about these reports as both sides work together to make Gujarat the country’s most preferred industrial investment destination. (IPA Service)