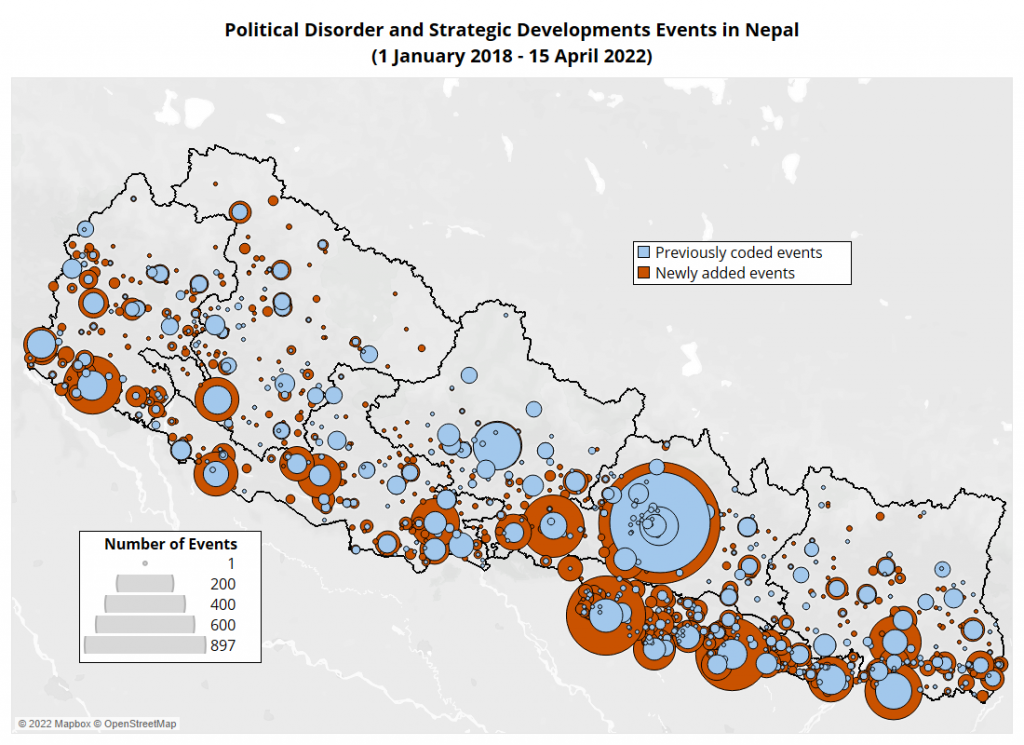 Communist Party of Nepal (Maoist Center) and its chairman Pushpa Kamal Dahal a k a Prachanda have been pushed to the fourth position in the election to the Pratinidhi Sabha (national parliament) and Pradesh Sabhas (provincial legislatures) of Nepal held on November 20., It is even behind the newly-established Rastriya Swatantra Party, set up shortly before the Election Commission of Nepal announced polling date and schedule.

A hung parliament is almost a fait accompli. With nearly two weeks left for final results, the RSP received 86,024 votes under the Proportional Representative system. According to the EC, CPN (UML)is in the first position with 189,662 votes, NC inthe second with167,386 votes while CPN (Maoist Centre) is in fourth position with 80,200 votes and Rastriya Prajatantra Party is in the fifth position with45,596 votes. Of 275 PS members, 165 are to be directly elected and the rest 110 to be allocated under PR system.

Led by Ravi Lamicchane, a US returnee, who used to run a television programme until the recent past, the RSP has obviously become a headache for leading national parties such as Nepali Congress and CPN(United Marxist-Leninist).Interestingly, a complaint was lodged with the EC before the day of polling seeking to scrap Lamichhane’s candidacy from Chitwan-2 constituency alleging that the copy of the citizenship that he had submitted while filing his candidacy was not valid.

As expected, voter turnout declined this time as 61 percent of voters had cast their votes, duly validated, against 74 percent in 2017. Disappointing performance in governance by major three political parties, CPN(UML), CPN(MC} and NC, rampant corruption and power-centred politics of top leaders, gradually distanced them from the people. The lowered turnout reflects people’s dissatisfaction and frustration about the greedy political leaders..

Dahal who gave an impression that his party would be the third largest party in the lower house (Pratinidhi Sabha) and the key factor in formation of new government, is now falling fast in the electorate’s reliability index. Till now only one seat has been won by the CPN(MC). TheNC, led by the Prime Minister Sher Bahadur Deuba, has bagged 11 out of 20 PS seats declared elected so far and leading in 46 seats while CPN(UML), led by the former PM Khadga Prasad Sharma Oli won three and leading in 42 constituencies. RSP bagged four and seemed set to win in more than eight seats. Rastriya Prajatantra Party, CPN-Unified Socialist and Nagarik Unmukti Party won one seat each.

Political opportunism seems to have become unbridled. If Maoists are to be indicted for allying with the NC which is ideologically inimical to Maoists, CPN(UML)joined hands with the Hindu rightwing RPP which is pro-monarchy. And, led by Madhab Nepal, former PM, he CPN-Unified Socialist is a breakaway formation of CPN(UML). The new party gave up Marxism-Leninism and is now committed to democratic socialism.

Nagarik Unmukti Party, formed in January 1922 was registered in the name of Ranjita Shrestha, who is wife of Resham Chaudhary, now serving a life sentence at the Dillibazar Jail on a charge of masterminding the Tikapur massacre in 2015 .Chaudhary was previously with the Loktantrik Samajwadi Party Nepal, which grew in the wake of the split in Janata Samajwadi Party.

Incredible as it may appear today, the Maoists – then CPN(Maoist) who with 229 seats in the 601-member Constituent Assembly, played decisive role in the ending of 239 year rule by the monarch that imposed Hinduism as the state religion and framing of a republican and secular constitution with the provision of proportional representation at the lower house, have been rejected by the voters.

Unfortunately, there is now an overall disillusionment about the Maoists. Mumaram Khanal, a political analyst and a former Maoist cadre during the insurgency lashed out at Maoists, as the ones “who didn’t believe in the parliamentary system, joined parliamentary politics to fulfil their interests, they promoted political instability by forging alliances with unnatural partners and always kept them engaged in power games.”

Prachanda was a symbol of aspirations for the poverty-dwarfed people when the Maoists were waging a battle underground. In power, the Maoist messiah presides over the decay of Nepali strain of Maoism. (IPA Service)