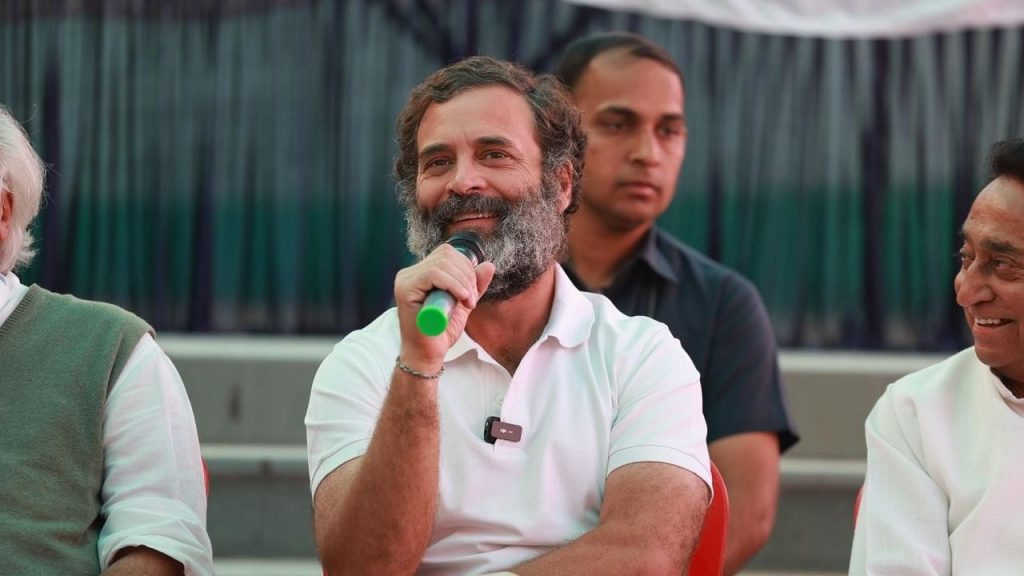 The good news is, Assam Chief Minister Himanta Biswa Sarma has gone so ’low’ that from hereon he can only go ‘high’. Sarma comparing Rahul Gandhi to Saddam Hussein is straight out of the book of the absurd. For one, Saddam was married with sons. Two, Saddam had no dog to answer to the call ‘Piddy’. Three, Rahul Gandhi is on a 3570 km Bharat Jodo Yatra.

Four, Chief Minister Sarma’s grouse is with ‘Piddy’ the dog which ate his biscuits, and is Rahul’s canine pet of many years. Why attempt a pay-back to ‘Piddy’ via Rahul with a quid pro quo? No political party should have a Chief Minister with a vengeful side.

Rahul Gandhi is not a “Xerox” of the Iraqi dictator. He has never had a reason to hide in a hole in the ground. At the most, he vanished on foreign jaunts when he thought nobody was looking. What the heck, every man has the right to a vacation every now and then.

For Chief Minister Himanta Biswa Sarma to take political rivalry to such great lengths smacks of hardcore hatred. What if tomorrow somebody of Congress eminence mentions Sarma and asks “why Himanta was beginning to look like Changez Khan minus Khan’s straggly moustache”?

You see, two can play the game, it’s not that Himanta has a lien on all things sporting. Rahul’s beard is his to grow, and groom, not Himanta Biswa Sarma’s to play politics with. By the way, why make the crass comment from a public rally in Ahmedabad?

Now, a bonafide chief minister has been called a “petty troll”, and it’s a first in chief ministerial history. The Congress is rightly incensed. More so, because Himanta Biswa Sarma happens to be an ex-student of the Congress School of Politics, who took his first political baby-steps hanging on to the Congress coattails.

The sharp Congress response was the least aggressive that the party could hit-back with. It will take time for Sarma to wash away the “petty troll” taint. It can’t be that Veer Savarkar’s ghost entered Sarma’s head and made him lose his hold on his loose tongue. Below the belt is not a sign of bravery.

The best heard, and the best spoken, tongues are those with a spine. To say, “If you have to change the looks, at least make it like Sardar Vallabhbhai Patel or even Jawaharlal Nehru will do. It is better if it looks like Gandhiji. But why is your face turning into Saddam Hussein?” is, indeed, petty.

And then to link Rahul’s unruly beard with Saddam’s mud-splattered beard and talk of “Congress culture and Indian people”! What does Sarma mean when he says, “Their culture is closer to people who have never understood India”? Whose culture, the Iraqi people’s culture, which goes back to Hammurabi and Solomon, and the Hammurabi code of law?

Himanta Biswa Sarma should impromptu seek forgiveness if he wants to remain a role model to the Assamese who, the majority of them, are not rabble-rousers with their tongue. The question is being asked whether Rahul Gandhi’s ‘Bharat Jodo Yatra’ has rattled the BJP so much that BJP leaders cannot hold their tongue, forget their ground.

The Congress, actually, has gotten over Sarma and his loosened tongue. The clean-shaven Sarma should take a cue and grow a beard. And then take a walk from one end of India to the other end of India for people to hang on to his words like people are hanging on to Rahul Gandhi’s hands.

The message for the Congress is Bharat Jodi Yatra is having a dampening effect on the Bharatiya Janata Party. The grassroots everywhere are rooting for the Congress even as it rejuvenates the party from its grassroots. Prime Minister Narendra Modi has been talking of a silent Congress campaign and the grand old party’s door-to-door campaigning in Gujarat.

As one political analyst put it, it’s the tortoise and the hare all over again with the hound added to the timeless tale. If Modi and Arvind Kejriwal are hare and hound, Rahul Gandhi is the slow but steady tortoise. In the story the tortoise is victor! (IPA Service)

Domestic And Sexual Violence Against Women Has Reached New Peak In India
Posting....