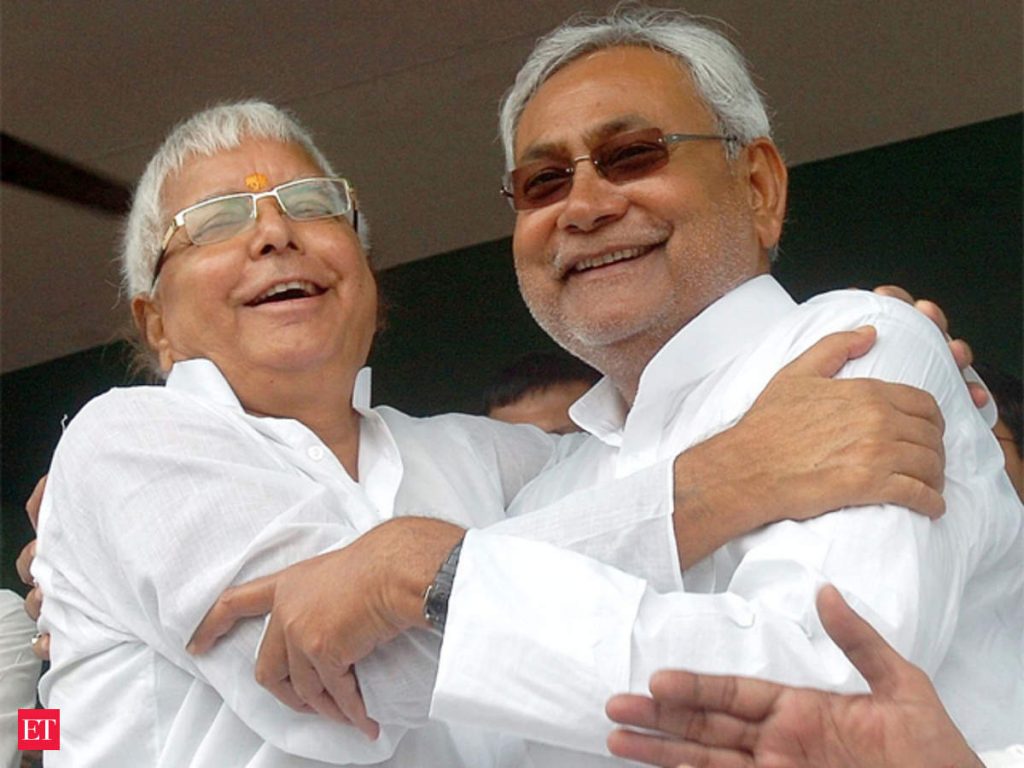 The increase in visibility and profile of Nitish in national politics ever since he dumped  the BJP and joined hands with Lalu Prasad Yadav  has spotlighted the OBC Kurmi community to which Bihar Chief Minister belongs. Kurmis are a small community than Yadavs, they have not always had a cordial relationship. But political aspiration of Kurmis has spiked in recent weeks—Yadavs for the time appear to accept  them as “elder brothers’’ and if the bon-homie between Nitish and Lalu continues, the BJP might need some new social  engineering in Bihar and Uttar   Pradesh before Lok Sabha   polls in 2024..

Kurmis are a landowning farming community whose status varies from place to place. The people of India  series edited by K S Singh refers to kurmis as “progressive farmers” who avail of maximum, benefit of development schemes available in the area and religion.

Unlike Yadavs, Kurmis, use a wide variety of surnames like Patel, Verma, Sachans, Gangwar, Katiyar, Baiswar, Jaiswar, Mahato, Pradhan, Patil and Shinde. There are more such names.

Some Kurmi surnames are used by other communities as well, making it difficult to identify   a Kurmi by his name alone. Sometimes they use no surname at all.

No data are available on the representation of various sub-casts in the  government jobs. But in 2018, the Justice G Rohini Commission set up to sub-categorize OBCs analysed data on 1.3 lakh central jobs given  in OBC quota over past  years, and OBC admissions to central higher education institutions, including universities, IITs, NITS, AIIMS over three years, and reportedly found that the  main beneficiaries were Yadavs, Kurmis, Jats, Sainis, Thevars, Ezhavas and Vokkaligas.

A newspaper has reported earlier that while Yadavs have significant representation in security forces and Police etc. Kurmis, particularly, from UP and Bihar, have got better representation in the civil services, and in medical colleges and universities.

In Bihar, UP, Odisha, Maharashtra and Chhattisgarh, Kurmis  constitute a significant political force. In pre-independence Bihar, a political front called Triveni Sangh formed by a Yadav, a Kurmi, and a kushwaha took part in1937 elections.

Shiv Pujan Singh had a wide following among his caste persons. Prominent Kurmi leaders from Bihar (including   Jharkhand) in later years include former MP and governor Siddheswar Prasad; former MP and founder of Jharkhand Mukti Morcha Binod Behari Mahto who sought to link Shivaji with the Kurmis of North India through an organisation called Shivaji Samaj; and Satish Prasad Singh, who became the first Kurmi Chief Minister of Bihar in 1968 for just four days.

The Yadav leadership of Bihar’s OBCs was established by Chief Ministers B P Mandal and Daroga Rai before Lalu’s decade long dominance, which was ultimately ended by Nitish Kumar. After the rise of Lalu and Mulayam Singh Yadav in Bihar and UP respectively, the Kurmis in these states aligned with upper caste to give themselves a politically leg—up. Nitish in particular utilized the dislike for Yadavs in North India to tie up or break with the BJP as and when he wished.

The BJP’s predecessor, the Bhartiya Jana Sangh, promoted OBC leaders before their leadership passed on to Chaudhary Charan Singh who broke the Congress to form the Jan Congress (which later became the Bhartiya Lok Dal, etc). The finance minister in Charan Singh’s first government in UP (April 1967) was an Ambedkarite Kurmi from Kanpur named Ram Swarup Verma. Another Kurmi leader of the decades of 60s and 70s in UP was Jairam Verma. (IPA Service)