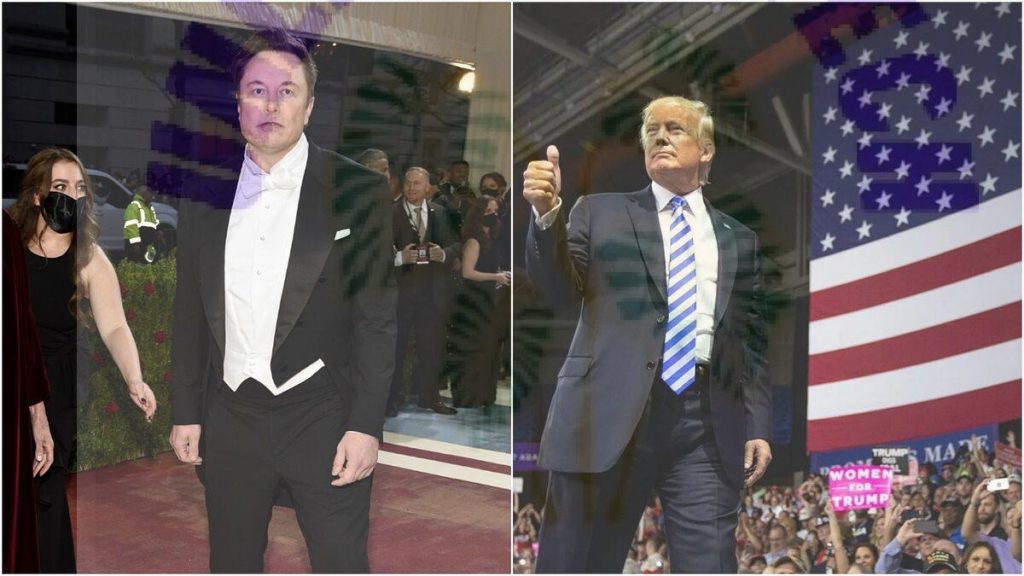 What is Elon Musk, a masking perfume, an electric car or a spacecraft that is not rocket science? He is none of these, but has strong links to spacecrafts and electric cars. Elon Musk is a South African with a Canadian link and sports a “settled in America” label. He is the richest man on the planet depending on when and if Jeff Bezos loses his beans in the Amazonian forests. Musk is set to own Twitter and if anybody is happier than Casper the Friendly Ghost, it is former Twitter CEO Jack Dorsey of ‘Smash Brahmanical Patriarchy’ fame.

Dorsey, who evicted President Donald Trump from Twitter, permanently suspended the 45th from the microblogging site, can’t stop singing accolades for Elon Musk, who has  got Jack Dorsey’s endorsement for pretty much everything including buying Twitter, and reinstating Trump in the  hierarchy of handles. Musk the other day told the world, he’ll reverse the “permanent ban” on Trump if he comes to permanently own Twitter. Dorsey called Musk’s decision the right thing to do, and that it was downright dumb of him (Dorsey) to “permanently ban” the eminently banable Donald Trump, who when he was a twitterati, trailed only Barack Obama in Twitter following. Dorsey is bound to get a 100 million dollars if and when Musk gets to own the Twitter bandwagon. Parag Agarwal, current Twitter CEO, will get $42 million if he too gets the axe. Reports say Musk will eject Agarwal and take his seat in the Twitter cockpit. Agarwal is not throwing tantrums, he knows what’s good for Dorsey is good for Agarwal.

So, is Elon Musk a friend of Trump, does he share an ideological slant with the former President, who is adamant he continues to be President and not Joe the Biden. Musk, like millions others, believes that being banned from Twitter did not silence Trump; on the contrary it took him to a higher plane, “amplified his voice” to unbelievable decibel levels. Trump is on record that he wouldn’t be returning to Twitter even if his account was returned to its previous glory. But Elon Musk knows better, and Trump most likely knows that.

Also, says Musk, he and Dorsey are on the same page though they are as different as Trump and trump card. While Musk is a self-acclaimed “free speech absolutist”, Dorsey specialized in muzzling free speech algorithms, which if they won him fans, those fans were hardly in circulation. Now, says Musk, “He and I are of the same mind that permanent bans should be extremely rare and reserved for accounts that are bots or scam accounts.”

Jack Dorsey is the best piece of furniture in the Twitter store. Move him to any corner of the room, or up into the attic, and he wouldn’t yell murder if it spells dollars and not dimes. In fact, Dorsey is game to even Musk’s assertion that if someone tweeted something illegal or something “destructive to the world”, that should merit only a rap on the knuckles, temporary suspension at the most.

Elon Musk, say those who know him, is cagey and stingy with his billions. There are reports Musk doesn’t own a house of his own and that he spends the night at random friends’ pads and is gone in the morning to office and from office to the next friend’s pad in the evening. Whatever the truth, if anybody matches Donald Trump in crazy enterprises, there’s no need to go further than to Elon Musk’s shelter for a particular night.

Musk can get away with his idiosyncrasies because he is rich and famous and can flee to Mars in a rocket if it comes to that. Legions do not like him for his wealth. Some say, “How can a South African…” while others return with “he’s a clear and present danger to the planet, Mars not Earth.” The reality is that more people would trust Musk with the algorithm than they would Biden or Trump with the nuclear button.

Musk’s advice to the left-handed Twitter is “be more even-handed”. That said, a bunch of activists’ groups are trolling Elon Musk, like they used to Trump, and still do. One activists’ band penned an open letter to Twitter advertisers warning them that under Musk, “Twitter risks becoming a cesspool of misinformation, with your brand attached.” FYI, Jack Dorsey and Parag Agarwal do not endorse this view. (IPA Service)