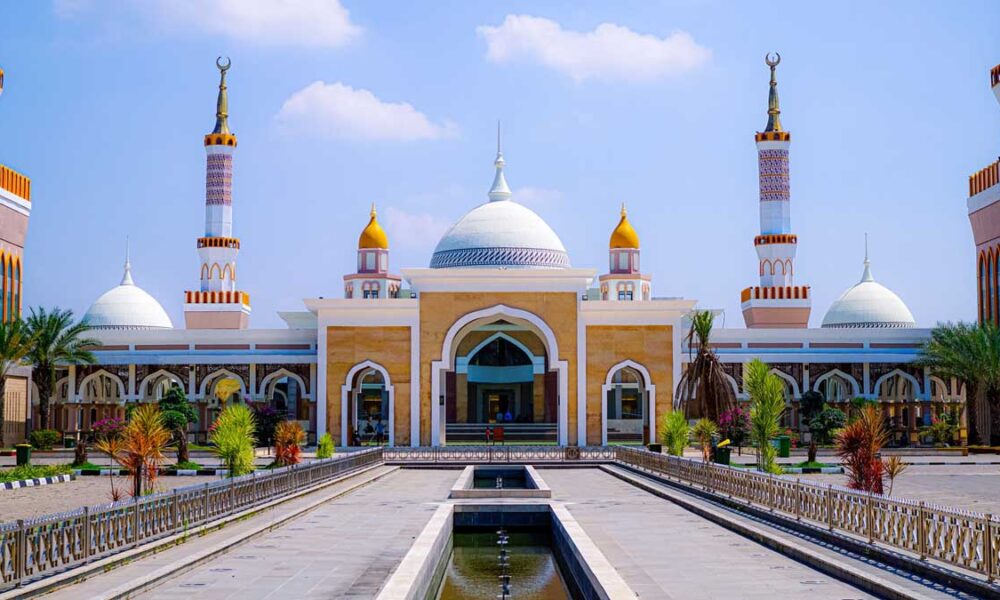 There’s a potential silver lining in Hindu nationalism’s endorsement of Indonesia’s Humanitarian Islam. That is if the approval produces a Hindu equivalent. At first glance, Hindu nationalist Ram Madhav’s call on Indian Muslims to embrace one, if not the world’s most moderate expression of Islam, seems patronising and out of step.

In an essay published by Open, an Indian current affairs weekly, Madhav, widely viewed as a moderate among Hindu nationalists, called on Indian Muslims to adopt a moderate form of Islam propagated and practiced by Nahdlatul Ulama, the world’s and Indonesia’s largest Muslim civil society movement.

Nahdlatul Ulama advocates reform of what it calls “obsolete” and “problematic” elements of Islamic law, including those that encourage segregation, discrimination, and/or violence towards anyone perceived to be a non-Muslim.

Several Nahdlatul Ulama-associated bodies welcomed Madhav’s endorsement “as an opportunity to place humanitarianism at the heart of interaction between different faith groups — regardless of religion and across different sectors of society, ranging from mass organizations to governments — in order to promote peaceful coexistence and enshrine equal rights before the law.”

Madhav’s essay appeared against the backdrop of mounting Hindu-Muslim communal violence that critics believe is fuelled by the BJP and RSS’s anti-Muslim rhetoric and policies. Muslims account for 14 per cent of India’s 1.4 billion population.

In his essay, Madhav insisted that the RSS had distanced itself from “violent language and talk of annihilation of an entire community” that he termed “un-Hindu.”Even so, he went on to say that “the Indian social leadership needs to stand up to the forces of hatred and violence by invoking peace, inclusive and a nation-first narrative. India’s narrative of the decade should be ‘it’s the economy, stupid.’ The onus lies on all of us.”

In an interview with the author, Madhav insisted that Hinduism was “very inclusive and very open.” He asserted that no “ideological or philosophical movement that proclaims exclusivity” exists in Hinduism. He argued further that there was no difference between Hinduism and Hindutava, the Hindu nationalism of the BJP, and the RSS. However, he conceded that “when confronted with very hardline things like Wahhabi Islam, it created some kind of a reaction in some sections, possibly, but Hindutva is not about that. Hindutava is about core Hindu values.”

Madhav’s reference to Wahhabism was to a Saudi-inspired austere, ultra-conservative, and supremacist interpretation of Islam. He acknowledged that Hindu-Muslim tensions would undermine Indian efforts to ensure that the country witnesses the kind of transformative economic growth that China experienced in the 1980s.

Asserting that the leadership of Indian Muslims, the world’s third-largest Muslim community and its biggest Muslim minority, adhered to Wahhabism, Madhav wrote that violent elements, whether “Muslim or Hindu, do not and should not represent our respective mainstream communities.”

He suggested that the hijab, a head covering worn by a large number of non-Wahhabi Muslim women, signalled belief in Wahhabism’s purported purpose of pitting Muslims against non-Muslims. “A more inclusive and humanitarian Islam on the lines of the one promoted by organisations like Nahdlatul Ulama…must be the way forward for them,” Madhav wrote. Many of Nahdlatul Ulama’s women activists and followers sport a hijab while embracing the concept of Humanitarian Islam.

In the interview, Madhav suggested that his reference to the hijab was related to a dispute over the headdress after the BJP-governed state of Karnataka banned it in schools because it violated the school uniform. A court later upheld the ban.

“In India, there is no restriction for the hijab. In marketplaces, private gatherings, public moments, everywhere, those who want to wear a hijab will wear it. Only when you insist that even in going to a school, I have to violate the school discipline because this is my religion’s mandate, I call that Wahhabi influence,” Madhav said.

In 2020, Madhav first met with senior Nahdlatul Ulama leaders on the sidelines of an executive committee meeting of the conservative Centrist Democratic International (CDI), the world’s largest alliance of political parties, hosted in the Javan city of Jogjakarta by the Indonesian movement’s political party, National Awakening Party (PKB). Madhav attended the CDI meeting as an observer.

Some European and American officials privately hope that increased engagement with India in response to the war in Ukraine and big power rivalry in the Indo-Pacific will strengthen the hand of the more moderate wing of the BJP and the RSS.

German Chancellor Olaf Scholz has invited Modi to attend a summit in June of the Group of 7 (G-7) in the Bavarian Alps. The G-7 groups Canada, France, Germany, Italy, Japan, Britain, and the United States.

Madhav’s embrace of Humanitarian Islam and Nahdlatul Ulama’s engagement hark back to notions of an Indianized civilizational sphere that encompassed South and Southeast Asia for nearly fifteen centuries before the arrival of China, Europe, and Islam in the region.

In a gesture at a time when religious and cultural sites have been at the centre of disputes and conflict in India and elsewhere, Indonesia agreed in February to open Prambanan and Borobudur temples in Java to worship by Hindus and Buddhists. The sites had been closed for worship.

Madhav said he wished to avoid “loaded phrases” like an Indosphere stretching across Asia’s parts. However, “I would say that Eastern civilizations (and) Eastern religions all share the same civilisational value system.” He referenced Hinduism, Buddhism, Sikhism, Jainism, and “an Islam with an Eastern value system like Indonesian Islam.”

Madhav suggested that “maybe we all can stand up and talk about these values…commit ourselves to those values including respect for pluralism, inclusivity, and commitment to the nation-state idea, (and) patriotism… If something can be worked out jointly, we would be definitely happy to do that.” (IPA Service)

Rejuvenation Of The Congress Party To Face BJP Challenge In 2024 Poll
Posting....