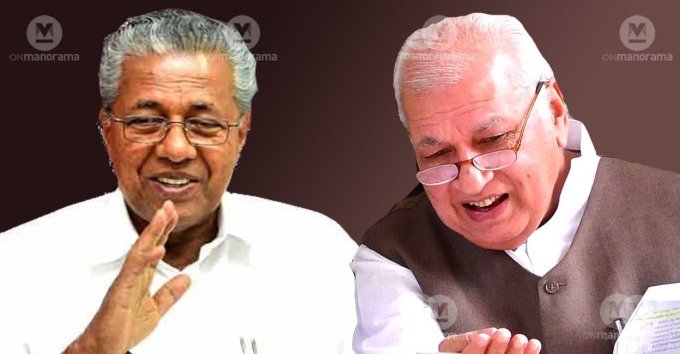 THIRUVANANTHAPURAM: The Kerala Government has deftly tossed the ball back to Governor Arif Mohammed Khan’s court by getting the State Assembly to pass, in quick succession, two bills, which had kicked up a controversy.

The first bill to be cleared by the Assembly was the Kerala Lok Ayukta (Amendment) Bill, 2022. The bill will enable the State Assembly to take a decision on the Lok Ayukta’s verdict against the Chief Minister. The Bill saw heated discussions with the Opposition objecting to the Subjects Committee bringing in the amendments to the bill. The Speaker, however, issued a ruling rejecting the same. The gravamen of the Opposition’s charge is that the Bill will allow the Government to make the executive the appellate authority over the judiciary. The Government countered this charge by saying that the Lok Ayukta does not have judicial powers.

Leaving the Lok Ayukta verdict to the majority decisions unheard of, said Leader of the Opposition (LOP) V D Satheesan. Since the CM belongs to the majority party in the assembly, how will the report be accepted? That was the LOP’s poser. Likewise, once the CM is made the appellate authority, he will not approve adverse findings against his cabinet colleagues, Satheesan argued, adding that the Kerala amendment bill reduces the Lok Ayukta to the status of a advisory committee. The Opposition is silent, however, on the controversial section in the legislation which does not have a provision for appeal against the Lok Ayukta’s verdict. Even the Supreme Court does not enjoy such arbitrary powers. That is the Government’s stand, and hence the amendment.

Law Minister P Rajeeve cited High Court verdicts and a few cabinet decisions in his justification of the bill. He pointed out that the Lok Ayukta was only an investigating agency and does not enjoy judicial powers. He also said that the Lok Ayukta laws enacted in Maharashtra and Gujarat during the tenure of Congress governments have not included the Chief Minister under the purview of the Lok Ayukta! Moreover, the AK Antony Government in the State had decided against giving adjudicatory powers to the Lok Ayukta. Referring to the controversial section in the legislation, the minister said the section was unconstitutional. It was a wrong clause which had been followed for 23 years. The Government, he claimed, is only rectifying the same.

Now that the ball is in the Governor’s court, it remains to be seen what action he will take. He has three options. The Governor can sign the bill and avert further confrontation with the Government. He can send it back to the Government seeking further clarifications. The third option is that he can sit tight on the bill neither accepting nor rejecting it. Given the rift between the Governor and the government, the former is unlikely to sign it early. It may be mentioned that Governor Arif Mohammed Khan is already on record that he would sign the bill only if he found them to be in accordance with the constitution.

The second bill the Assembly passed was the University Laws (Amendment) Bill, 2022 which proposes changes in the appointment process of Vice-Chancellors in state universities. The Opposition has accused the Government of trying to curtail the Governor’s role in the appointment of the VCs. The Government’s counter is that the bill does not in any way curtail the Governor’s role in the selection process.

The bill has been cleared with the key amendment brought in by the Government to replace the earlier clause that the Vice-Chairman of the State Higher Education Council would be a member of the VC selection committee and also its convener. According to Higher Education Minister R Bindhu, instead of the Higher Education Council vice-chairman, an education expert will be on the panel. She also clarified that the Government’s nominee will be the convener and not the council’s vice-chairman as proposed earlier. The official amendment is being construed as an attempt to mollify the Governor who had objected to the inclusion of the council’s vice-chairman in the panel. It amounted to violation of University Grants Commission guidelines, the Governor contends. It may be mentioned that, earlier, the panel had only three members – one of the Chancellor, another of the university senate and one of the VC.

The amendment brings in a nominee of the government and an academic nominated by the higher education council vice-chairman. This will enable the Government to have its say in the appointment of the Vice-Chancellors. And this is what the Opposition is objecting it to. The Chancellor can only appoint, opposition argued, the VC from a panel recommended by the selection committee. Since the Government has majority in the selection committee, the Governor will end up appointing only a VC, who is close to the Government. That is the crux of the Opposition’s argument.

Will the Governor sign the bills without delay? That is the million dollar question doing the rounds in the corridors of power. If the Governor opts to sit tight on the bills without signing it or refusing to send it back to the government, he will be accused of intensifying the standoff with the Government. Also, constitutional experts are divided on what the Governor can and will do under the circumstances. A section of experts say there is a limit beyond which the Governor cannot delay signing the bills. Such an act would be violative of the Constitution, which the Governor is duty-bound to uphold. The other section does not agree with this viewpoint. It cites the example of the Tamil Badu Governors who has refused to sign an important bill forwarded by the State Government for more than six months. This being the reality, how the Governor-Governor standoff will play out will be watched with keen interest. (IPA Service)

Nitish Kumar’s Mission To Unite Opposition Has Many Challenges
Posting....