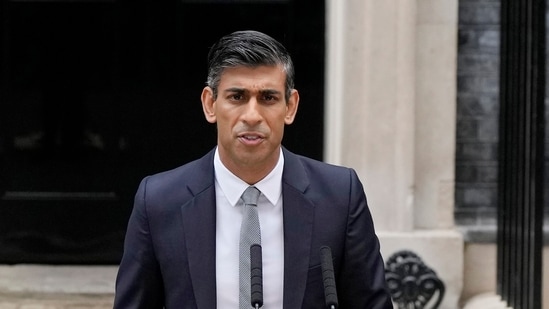 Rishi Sunak has made history by becoming the first person of colour to become British prime minister. The biggest challenge for him, however is economic as the UK faces a looming economic crisis made worse by the Ukraine war. In his first speech after taking over charge, Sunak warned that difficult decision would soon follow. Sunak needs to ensure that the upcoming winter does not turn out to be a winter of discontent for British people and the Conservative Party.

The Conservatives remain a much divided house. And Sunak will have to rally the rank and file to prove that he is the right person to lead the party into the next general elections. Along with economy, foreign policy, too will be a major challenge. In a phone call with US President Joe Biden, which was dominated by the Ukraine war, Sunak stressed the importance of working together with Washington to enhance stability across the world. He also reiterated Aglo-America support for the people of Ukraine. On China, too Sunak is unlikely to deviate from existing policy. The readout of his phone call with Biden said the two leaders agreed to “address the challenges posed by China”.

India has embraced Sunak with great warmth. And ties with India could prove to be a major opportunity as well as challenge for Sunak to bring the Free Trade Agreement back on track. The sign of the agreement has already missed the Diwali deadline announced by former Prime Minister Boris Johnson. Liz Truss, too, was committed to wrap up the deal, at least, by Christmas. It is now up to Sunak to deliver it. “Concluding the FTA will signal that is open for business”, said Harsh Pant, vice president—studies and foreign policy. Observers Research Foundation, New Delhi.

For Britain, which is facing tough economic environment, the FTA will be important step ahead. It was never going to be easy to begin with. But Sunak will find it even more difficult, especially with the concerns raised by home secretary Suella Braverman said about concerned immigration. Braverman said the largest group of people who overstayed their visas in the UK were Indians.“I have concerns about having an open border migration policy with India because I don’t think that’s what people voted for with Brexit said Breverman. “We even reached an agreement with the Indian government last year to encourage and facilitate better co-operation in this regard. It has not necessarily worked very well”.

Her remarks certainly did not down well with India. “By raising the issue, Braverman has linked migration to the FTA . Sunak will have to tackle it head on”, said Panth. “ Everyone will measure the package against this. It will be tough choice. The economist in him will want to push hard but as a politician he will have to balance this”. (IPA Service)