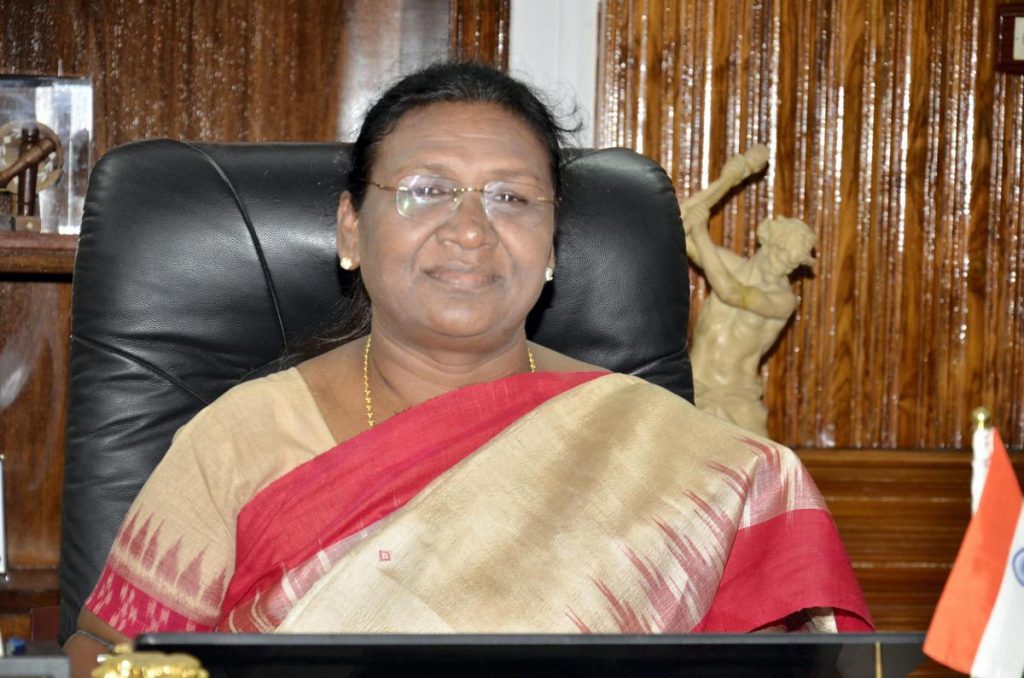 The presidential election to be held on July 18 in the real sense is a royal battle between the Prime Minister Narendra Modi and the former BJP minister Yashwant Sinha. It would be wrong to construe that Sinha has a tough challenger in Draupadi Murmu. But there is no doubt that by fielding Murmu for the office of president, Modi has put Sinha in a very tight spot.

It is a known fact that Modi has been designing the campaign strategy for Murmu. Modi should have re-nominated Ramnath Kovind for the second term. But he did not. Instead he opted for Murmu with an eye on the 2024 Lok Sabha elections. He had come to realise that Kovind might not be able to protect his political interest in the backdrop of opposition trying to consolidate and strike back, after remaining down for last 8 years.

The major reflection that made Modi to fall on Murmu has been to entice the dalits and Adivasis. The RSS through its Adivasi sabha has been desperately trying to win over the tribals. But so far it has not yielded a major positive response. The Adivasi organisation has been active in Bihar, Odisha and Chhattisgarh for more than 40 years, but it has not succeeded in making a serious dent and rally the adivasis behind BJP. Though Modi has succeeded in creating a  much larger and dependable support  base in the urban middle class, he has not succeeded in identifying himself with them. This is the reason that leaders like Shibu Soren could not be banished.

Through nominating Murmu and make her win the presidential election, Modi intends to expand his following and appeal amongst them. In the last assembly elections in these states, the tribals and Dalits had extensively voted for the JMM, RJD and Congress. By nominating Murmu as NDA candidate, Modi has managed to confound the opposition leaders.

It is really worrying to notice that prominent opposition leaders have been caught in the whirlpool of caste politics. At a time when the country is sliding down on all development indices and fascism is gradually overtaking the democratic functioning, these leaders instead of fighting the authoritarian rule are caught into the quagmire of caste politics.  Some opposition leaders are in a fix over Murmu’s candidature and nurse fears that opposing her might alienate tribal voters.

This attitude of theirs makes it explicit that they are also not concerned of the plight of the poor and common Indians. Like RSS and BJP, eliminating poverty, eradicating unemployment and bringing back health to the economy which has witnessed major decline during Modi’s rule has not at all been the priority. It also gives rise to an impression that for them poor people of the country are more concerned of their caste interest rather than improving their financial condition and coming out of the economic morass.  Had it not been the case they would not have dithered on their choice of candidates and ensuring the defeat of Modi’s candidate. Their vacillation personifies their lack of proper perception on deciding the correct priorities.

TMC chief Mamata Banerjee who has played the vital role in selecting Sinha as the opposition candidate is also cagey as Bengal has a large Santhal population and she is afraid that BJP will get a breakthrough in the santhal areas in Bengal after Murmu’s election as president. However she has stuck to the position that all TMC votes will go for the opposition candidate Yashwant Sinha The other leaders are chief minister of Jharkhand Hemant Soren and Bihar chief minister Nitish Kumar. Of course Soren being from tribal community has been soft to Murmu, who had been the Governor of the state. Kumar who has been planning to float a new forum with RJD and has running feud with Modi, has also ironically decided to support Murmu. He is doing so when the state does not have significant number of Adivasi voters. He has thrown his weight behind Murmu only to ensure that Dalits do not turn hostile.

Though Modi and Amit Shah had engineered defection in Shiv Sena to bring the state under their control, the main consideration, apart from this gain, was to ensure enough electoral support for Murmu from Maharashtra. In the present political scenario Murmu is assured of solid support of at least 70 MLAs and MPs from Maharashtra, which would have gone otherwise to Sinha.

The attempt of the BJP to engineer defection in Goa is purely meant to ensure victory of Murmu. BJP has its government in Goa. It has majority. There is no need for more votes to protect the government. Even then BJP has been engineering split to increase the vote tally.

While Modi has fielded Murmu, he has at the same time brought a legislation which completely alters the Forest Rights Act   This decision of Modi will disempower crores of Advisis and others living in forest areas. Obviously, this has been done in the name of ‘ease of doing business’ for a chosen few. But it will end the ‘ease of living’ for the vast many. In August 2009, for ensuring implementation of this law, the then ministry of environment and forests had issued a circular that stipulated that no clearances for diversion of forest land under the Forest Conservation Act, 1980, would be considered unless rights provided under the Forest Rights Act, 2006, were first settled. This circular implied that the rights of tribal and other communities have to be settled before a decision can even be considered on forest and environmental clearance.

Nevertheless Mallikarjun Kharge, Leader of Opposition in Rajya Sabha has described the election as a battle between progressive and regressive ideologies. For Congress it is an ideological fight and it has to fight, no matter how many votes Sinha gets. (IPA Service)

The Big Battle In AIADMK Is Set To Continue Despite E K Palaniswami’s Win
Posting....