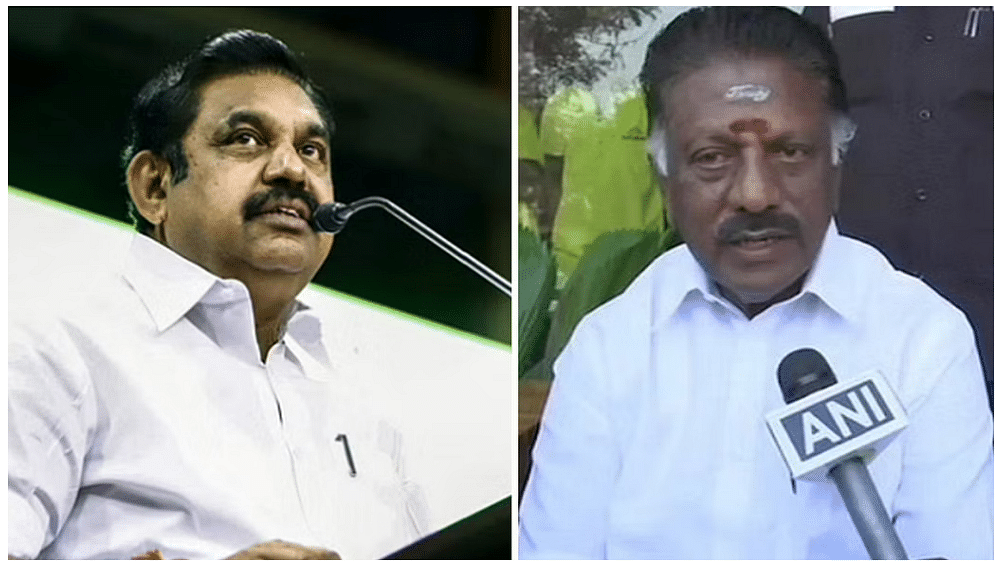 They don’t look like lost and found brothers. Edappadi K Palaniswami and O Panneerselvam share nothing in common other than that they were “dual leaders” of the AIADMK, the party that MGR founded and J Jayalalithaa carried in her aura. Now, her two self-proclaimed protégés have in less than two years of her passing sold the AIADMK down the river, squabbling for control of the party and willing to kill it in the bargain. If Jayalalithaa were alive today, both E Palaniswami and O Panneerselvam would have been flat on their bellies at her feet asking for forgiveness, and, perhaps, getting soundly spanked for the temerity.

J Jayalalithaa did not suffer the overambitious in her coterie though she was never shy of using the ambition in her ‘yes men’ to her advantage. So, it was that O Panneerselvam twice filled in for her when she was in trouble. But when the time came in earnest, it was E Palaniswami who became chief minister with OPS as his deputy.

Now, the two are at each other’s throats and their supporters are stalking each other with wooden staffs in hand. The violent clashes have left several injured. Also, the police have locked the party headquarters after the OPS faction took control of it for a short period. After a protracted several hours, amid claims and counterclaims, most media reported victory for EPS, who also was named interim general secretary. OPS was stripped of all his party posts and left out to dry!

And this happens to be the golden jubilee year of an AIADMK heading for a split if it isn’t already split. But it’s not a ‘Eknath Shinde-like’ situation in the AIADMK. That was epic with 5-Star hotels and a secret midnight rendezvous thrown in for good measure after two marathon flights from two different directions culminated at Vadodara. If there’s anything common to share, it’s that here, too, there are allegations of a foul BJP hand in the mix, with the ruling DMK alluding to this likelihood without proof.

On the face of it, the BJP will be worried that the AIADMK has split. The BJP has very few allies “down south” and the AIADMK is one. Post the traumatic split in the party, the BJP would be in tenterhooks. More so, because EPS is the perceived winner. Left to the BJP, JP Nadda would have picked OPS for the marriage of convenience, much like he picked Eknath Shinde over Uddhav Thackeray.

Also, things appear to be going south for the BJP even as it has given an entire national executive to discuss plans to make a breakthrough in Telangana and other states in south. Only the other day, BJP’s Tamil Nadu unit President K Annamalai was predicting that the BJP+ alliance in Tamil Nadu will net as many as 20 seats in Lok Sabha 2024. He must not have imagined the split in the AIADMK and there’s no guarantee that EPS would remain true to the BJP.

That said, with  EPS, a former TN Chief Minister, set to take control of the AIADMK, all that his former deputy, O Panneerselvam, can do is carry on the fight via judicial interventions. OPS has for all purposes, lost the duel and if he’s at all standing, it’s because he represents the powerful ‘thevar’ caste. EPS speaks for the equally powerful ‘gounder’ caste.

Tamil Nadu for all its casteless Dravidian politics is, in thought and deed, a caste cauldron. Also, for all its atheist spine, Tamil Nadu’s body politic is a communal cobweb of no mean intricacy. The BJP will now have to choose between EPS and OPS. In the short-term, EPS might be BJP’s partner for now, but the scales could tilt towards OPS if Modi and Shah are tempted to drink from both the wells, thevar as well as gounder!

K Annamalai is like EPS a gounder while the third splinter of the AIADMK — Sasikala and her nephew TTV Dinakaran — are thevar. A three-way alliance between BJP, EPS and Sasikala could prove to be a better bet for Modi and Shah, who are always looking for an out-of-the-box opportunity.

Also, Prime Minister Narendra Modi, who is not averse to throwing in the occasional Tamil word into his Hindi, is gaining in stature among those who have had enough of Dravidian politics. That being said, the split in the AIADMK will leave no political party untouched. Politics in Tamil Nadu will get messier and messier as 2024 gets closer and closer; also dirtier and dirtier. For the BJP, the split in AIADMK left unresolved is the best bet for 2024; in Supreme Court language “keep the pot boiling!” (IPA Service)