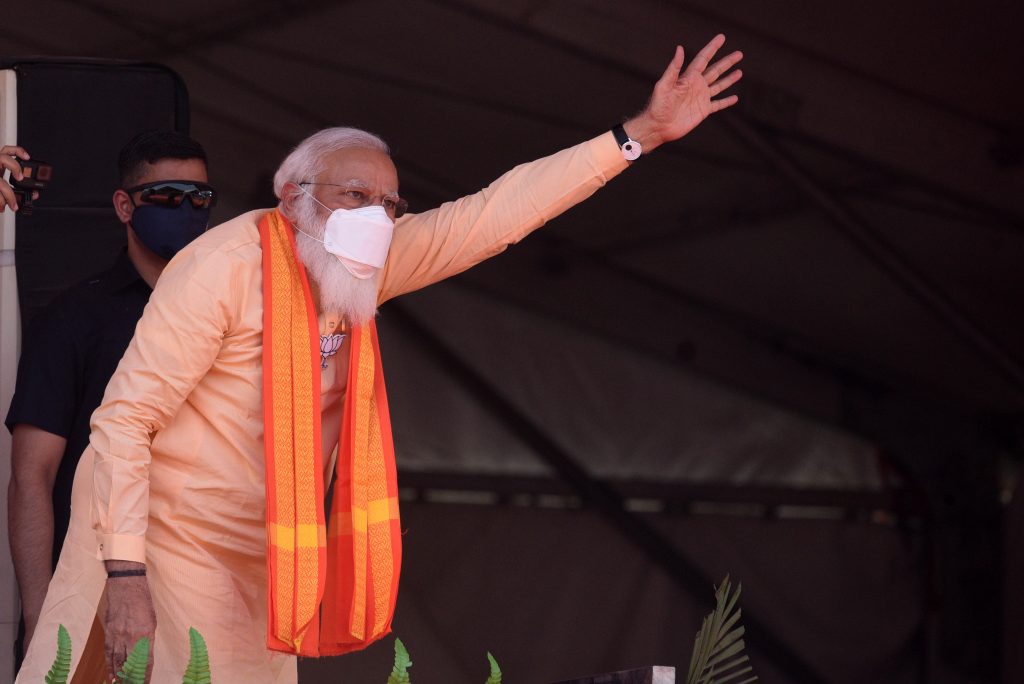 Do we get the sneaking feeling that the G-20 has been roped in to be part of the BJP’s ‘Operation Lotus’; an opportunity to electorally cash in on the universal appeal of the lotus, which also happens to be India’s national flower? The Opposition is bristling, and does not like it one bit that the all-powerful G-20 has been put to use to popularize and sensationalize the Bharatiya Janata Party on a global platform.

“Shameless”, snarled a Congress spokesperson at the subtle political messaging that the BJP hopes to accomplish with the “G-20 ‘lotus’ logo”, a “sleight of hand” which is otherwise the domain of rummaging cardsharps.

The epitaph, and the epithets apart, one cannot but think that there’s an attempt at “IPC 420, cheating, and dishonesty”, punishable with up to 7 years in jail. All’s fair in love and war, and the other saying that “nothing is absolute, everything comes with restrictions” doesn’t apply in this case of the G-20 ‘lotus’ logo.

Even prime ministers have no right or the power to turn the ‘G-20 logo’ into a poor cousin of a political party’s election symbol, for electoral purposes. Counting the number of lotus petals cannot be an excuse. Also the argument that the lotus was there before the BJP was there and would be there even after the BJP is dodo does not hold true.

Congress head of communications Jairam Ramesh has every right to get upset. At the end of the day, the lotus is not the Congress party’s election symbol, it’s the BJP’s ticket to come to power, and return to power. Now, the BJP is out to internationalize its election symbol with a G-20 presidency excuse.

Did Prime Minister Narendra Modi talk it out with the remaining 19 heads of states before asking a government of India graphic designer to build a G-20 logo around the BJP’s election symbol, the lotus? How could the leader of one G-20 country assume so much power? This is dictatorship at an international level, on a global platform.

Come to think of it, every head of state of the 19 other G-20 countries are helping the BJP take undue advantage of the symbolism and the standing of the G-20 grouping, and it’s a disservice to India’s multi-party electoral democracy. It’s an unfair advantage to the BJP, and Narendra Modi.

How can the Prime Minister of India so blatantly use the fair name of India for electoral gain, it’s undemocratic and authoritarian? If the Election Commission wasn’t a pocket panel of the ruling party, wouldn’t action have been taken? Simply put, this is a gimmick and rests on the premise that the Indian electorate is a grouping of the dumb, and the dumber.

Let’s not forget that elections in India are not seasonal. They happen throughout the year. This year alone there have been seven assembly elections, two sets of elections separated by less than five months apart? Fact is, party election symbols dotting the countryside are perennial.

Party election symbols such as the BJP’s ‘Lotus’, the Congress ‘Hand’, the Samajwadi Party’s ‘Cycle’, and the BSP’s ‘Elephant’, to name just four of the multitude, are an all-year round sight, and only death can do election symbols and the electorate apart!

So to insist that the G-20 with the BJP’s lotus logo cannot have an impact on voters and voting behaviour is not tenable. For the Indian electorate, the last eight years have been nothing but an ocean of the BJP’s lotus, from Delhi to Kerala, from Odisha to Gujarat, all over the northeast, and right across and down to Tamil Nadu and Karnataka.

In fact, large swathes of Indians are fed up with the sight of the BJP lotus. And now there’s the G-20 lotus also to take a gander at for 365 days at a stretch, a carbon colour copy of the BJP lotus with an Atlas for cover. Point out both the lotuses to a toddler, and she would look and see one and the same!

There have been murders over the lotus, both political and religious killings. And among the dead have been BJP cadre and yet the BJP acts and speaks as if the G-20’s BJP-made “Lotus logo” will not remind Indians, the electorate of India, of the BJP’s election Lotus. To put it straight and short, the Government of India has turned the G-20 into a BJP dog-whistle. (IPA Service)