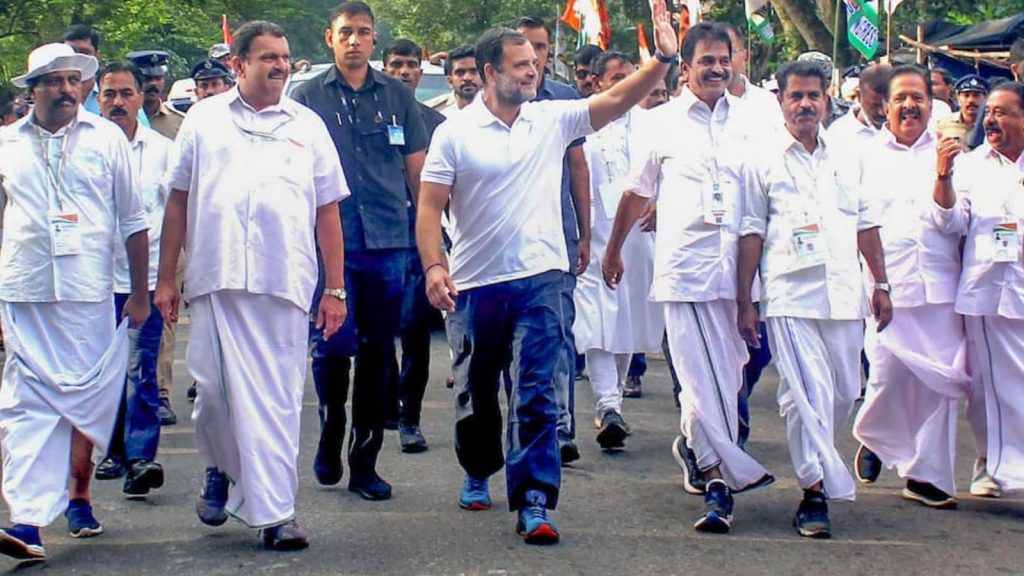 Music label MRT Music, which owns the rights to the tracks of “KGF Chapter 2” in Hindi​, filed a copyright infringement complaint on Friday against Congress leaders Rahul Gandhi, Supriya Shrinate and Jairam Ramesh for illegally using the soundtrack of the hit South Indian film in campaign videos of ‘Bharat Jodo Yatra’.

The Bangalore-based record label in a statement said it had invested a huge amount to acquire rights to soundtracks of “KGF Chapter 2” in Hindi, and Congress used its music “without seeking our permission/license” to further their own “political agenda and for marketing and publicity.”

Noting that the INC has to set an example for the Indian citizens, M Naveen Kumar, partner of MRT Music in an official statement said, the party is “violating the laws of the land and infringing our copyright and intellectual property rights, which we have acquired through huge investments.” “This act on the part of INC sends a completely wrong signal to the Indian public and is completely contrary to the efforts of safeguarding our copyrights. This grave infringement will be challenged by us to the fullest effort,” he said.

Congress is accused of creating a video by unlawfully downloading, synchronising and broadcasting the songs pertaining to the movie KGF – Chapter 2 in Hindi and “portraying it to be owned by the INC” with a logo of “Bharat Jodo Yatra” and sharing the same on their official social media handles.

It alleges the unlawful actions by Congress reflect their “blatant disregard to the rule of law and the rights of private individuals and entities” despite the party’s campaign seeking an “opportunity to govern the county and frame legislations for protecting the rights of the common man and businesses.”

MRT Music has filed the present complaint only to enforce its statutory rights and has no intentions to tarnish the image of any political party, Sampath said.

“The police have proceeded to register an FIR for offences punishable under sections 403, 465 and 120B r/w Section 34 of the IPC and under Section 66 of the Information Technology Act, 2000 and under Section 63 of the Copyrights Act, 1957 as against the Indian National Congress and the aforementioned individuals,” he added.

Entire World Is Demanding Again An End To The US Blockade Of Cuba
Posting....