Oil Prices Below Level Before Ukraine War, But No Solace For Consumers 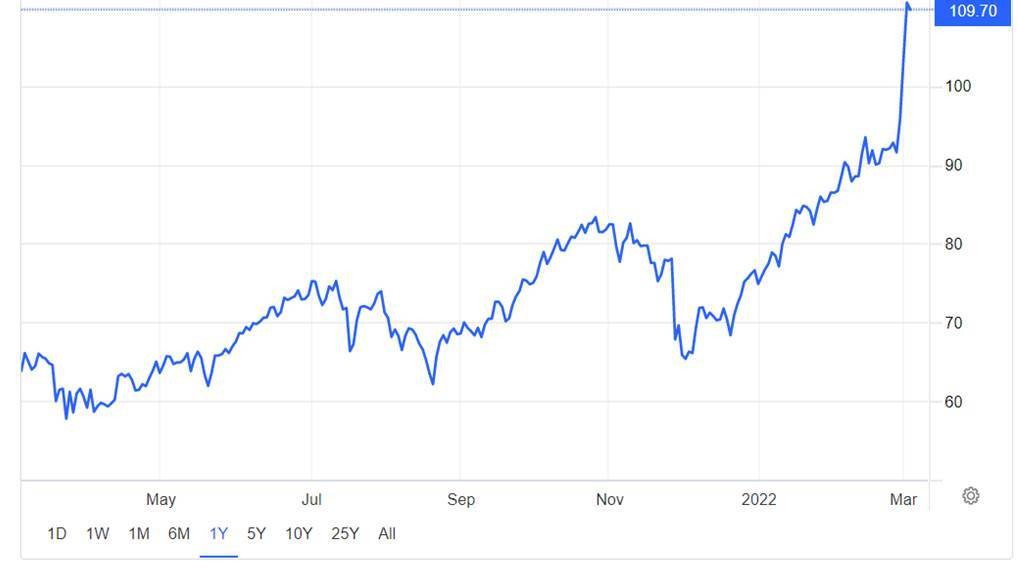 Crude oil prices have now dipped below the level when Russia’s Ukraine war broke out, which means the market has not only absorbed the shock of disruption in supplies, but the end game is approaching for the oil cartel. The war, however, forced a tectonic change in the oil market dynamics, of which India has been a big winner, but not necessarily the Indian consumers.

Brent crude is now trading in the eighties per barrel, from a grossly overvalued $124 in June and there are no signs yet of the downward pull going away as OPEC+ has not been successful to moderate prices through output management, more precisely tightening of supply by 1 lakh barrels. With the threat of a supply gut, analysts are waiting for tsunami of selling.

The prospects of a glut have forced swing producer Saudi Arabia to reconsider that role and the first consideration is to protect the market share, which has already taken some beating in view of the change in the market dynamics. A glut invariably ends up in a price war, which is the real threat that the cartel members are now faced with.

The new market dynamics has helped countries like India and China, which have decided to put their commercial interest and security ahead of the obligations desired by the western nations through sanctions against Kremlin. The situation is such that the countries enforcing the sanctions, particularly the European nations, have been badly hit, both in terms of energy cost as well as supply bottlenecks.

India has already become Russia’s No. 2 oil buyer, with China taking the top slot, as Moscow began selling its Ural crude at a discount. In the process, Russia became India’s second largest supplier after Iraq, which continues to occupy that position, thanks to the long-term contracts that companies have signed. The increased offtake of Russian oil by India and China has, in fact, checkmated the western sanctions, with the result that Russia’s crude output has increased from the pre-war levels, implying that the US-sponsored move to apply the squeeze on Putin’s finances has almost fizzled out.

According to published estimates, India has made a windfall gain of Rs 35,000 by importing more of discounted Russian crude. New Delhi is estimated to have got a discount of an average $30 per barrel of crude imported from Russia. On top of that, the Ural crude has a similar profile to that of Middle Eastern grades that the country has been depending mostly on traditionally. In fact, Indian refinery companies have swapped the Middle Eastern crude in favour of Russian oil, giving the companies great price advantage.

But all these market advantages have not led to any gain for the consumers as the oil companies have refused to adjust their prices so as to reflect the lower crude costs, despite the open market policy which the government and the companies always cite for price increases. As far as the consumers are concerned, open market policy comes into play only when prices go up and the reverse is never true. The oil companies are pocketing the difference, apparently as per a tacit understanding between the companies and the government.

At best, the companies now have a buffer, which they can draw from, when the government desires them to hold the prices ahead of elections. In fact, there has been a pattern in the fuel price behaviour, irrespective of the prevailing crude prices, when oil marketing companies stop raising prices to oblige the government. But as soon as elections are over, the companies revert back to the old arrangement, under which they are more than compensated for the apparent loss sustained during the period of price-hold.

A crucial round of assembly elections is coming, which will see Modi’s own state of Gujarat going to the polls by the end of the year, along with Himachal Pradesh, followed by Meghalaya some three months later. With Kejriwal’s AAP mounting a serious challenge to BJP after it has staged nearly a coup in Punjab, the stakes are too high for the Modi government and the petroleum companies are expected to play ball. That is how India’s open market petroleum prices policy has been playing out any way: a fraud on the people. (IPA Service)

Priyanka not a Gandhi, can be party chief, says Cong MP
Posting....