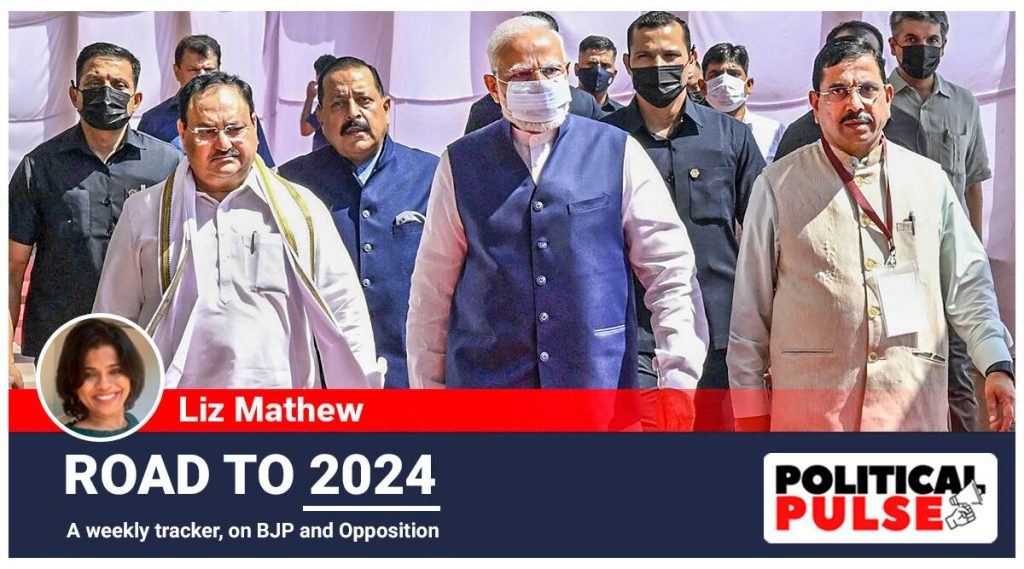 Dynastic politics is perhaps the antithesis of democracy. Critics say it is amongst many political evils in the Indian democratic setup where most parties, including the Congress, are being run like family enterprises. The paradox is many regional satraps have emerged in the past 75 years and co-exist in a democracy. More are emerging.

National parties are at the forefront of the phenomenon across all states. Except for a handful like the Communist parties, only seven or eight of the fifty relevant parties in India are free from the dynastic rule.

During the 42nd Foundation day of BJP recently, Prime Minister Narendra Modi observed, “There are still two kinds of politics going on in this country. One is the politics of family devotion (dynasts), and the other (like BJP) is committed to patriotism.”

While ‘Congress-free’ Bharat’ and ‘corruption-free’ India were prominent BJP slogans in the last two Lok Sabha elections, the narrative for the 2024 campaign would be the “dynasty-free Bharat”.

The theme would be that while the BJP was devoted to the nation, parties were “devoted to families”.  The narrative covers regional parties also, most of which are family oriented.

The BJP has now realized that the real threat comes from the family-ruled regional parties in several states. After sidelining the Congress dynasty, the party has identified eight prominent families that dominate state politics nationwide and intend to decimate them politically. Besides Telangana, Meghalaya, Nagaland, Tripura, Karnataka, Chhattisgarh, Madhya Pradesh, Mizoram, and Rajasthan will hold Assembly elections in 2023. Therefore eliminating the provincial czars would be Modi’s next big project. The question is whether it is possible to eliminate the dynasts as visualized by the BJP? It is indeed ambitious.

From Kashmir to Kanyakumari, there are many dynastic families like the Abdullahs. Tall leaders among them have mesmerized their electorate. The Muftis in Kashmir, the Badals and Captain Amarinder Singh in Punjab, the Rajes and Pilots in Rajasthan and the Yadavs in Uttar Pradesh and Bihar are such dynasts. In Maharashtra, both Thackeray and Pawar families are prominent.

The Patnaik in Odisha, the Gowdas and Bommais in Karnataka, the Gogoi’s in Assam, Karunanidhis in Tamil Nadu, the Raos, and the Reddys in Telangana and Andhra Pradesh, the Sorens in Jharkhand, and the Chautalas and Hoodas in Haryana are notable.

The southern states are currently under the sway of regional satraps—Telangana Rashtra Samithi’s K. Chandrashekar Rao, Y.S. Jagan Mohan Reddy in  Andhra Pradesh, M.K. Stalin in Tamil Nadu, and Pinarayi Vijayan in Kerala. The BJP eyes to weaken all four of them as their next project.

The party currently has just four MLAs in Tamil Nadu (riding piggyback on the AIADMK) and none in Andhra Pradesh or Kerala. Telangana has three BJP MLAs, which it has won on its own strength. Therefore the first step would be to weaken them. There are 120 seats in the five states in the South. Despite all efforts, the party could not find a hold in southern states except in Karnataka.

Secondly, family candidates are more likely to get elected than new candidates. Thirdly, some regional leaders have realized that establishing a family rule gives them loyalty and confidence. A  party like the DMK is also reconciled to dealing with the Karunanidhi dynasty.

On the other hand, BJP and many others think that dynastic politics is not good in a democracy as it enables only those leaders who have strong connections to succeed in a dynast family to occupy the position automatically simply because they belong to the ruling family. New fiefdoms boasting of family rule have emerged all over India. It discourages the new talents from taking part in politics.

But, the BJP is not alien to dynastic politics. Critics point out that this does not seem to apply to dynasts such as Jyotiraditya Scindia, Piyush Goyal, Dharmendra Pradhan, Anurag Thakur, and Kiren Rijiju – all Cabinet ministers in the Modi government. Nor can it apply to BJP’s chief ministers such as Basavaraj Bommai of Karnataka or Pema Khandu of Arunachal Pradesh

It’s premature to expect the end of political dynasties as it may take a while as people are stuck with the dynasts for now. The present-day leaders are not ashamed of projecting their family members as political heirs. Dynastic families have  some  advantages Though the BJP wants a dynast-mukt Bharat, as long as dynasts can attract voters with a coherent narrative and possess the ability to convince them, they will hold on to their fiefdoms. The only consolation is that even the dynasts have come through the electoral process. (IPA Service)

ED finds Arpita about to break down, Partha unyielding