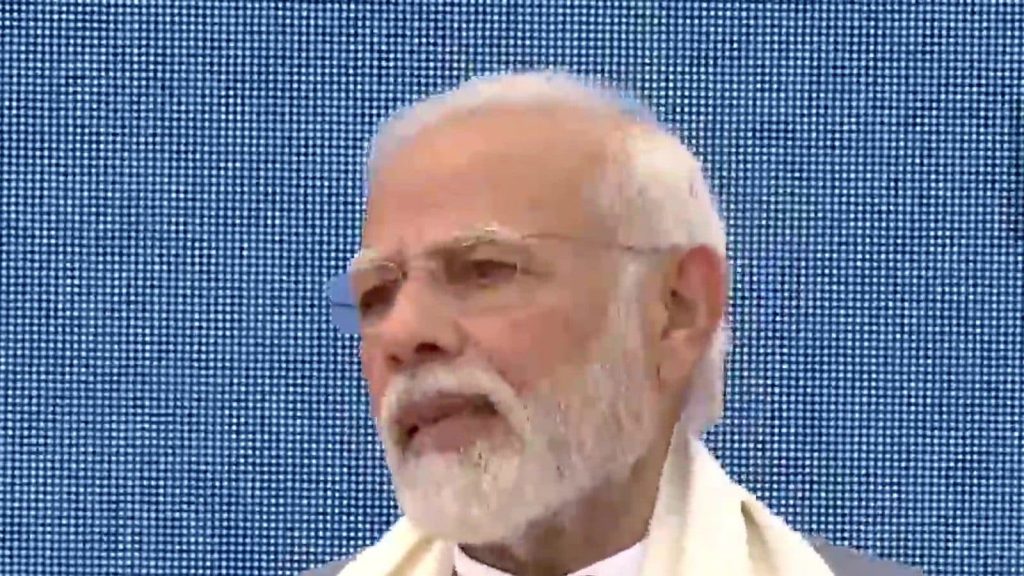 Prime Minister Narendra Modi on Thursday accused the Congress of making fun of tribal traditions and culture, and added that people from the community would not forget the “insult” and they would “teach a lesson” to the party.

Addressing a rally after inaugurating and laying foundation stones for various projects at Vyara in the tribal-dominated Tapi district of Gujarat, he also alleged that the previous Congress governments never took steps to improve the condition of tribal people as it just focused on winning elections.

He said the welfare of tribals by providing to them pucca houses with electricity and gas connections, road connectivity, schools for the children from the community, among other things, was the top priority of his government.

From Wednesday, Modi has been on a two-day visit to Bharatiya Janata Party (BJP)-ruled Gujarat, his home state, where Assembly elections are due by December end.

He said the country currently has a tribal daughter as its president in Droupadi Murmu and tribal son Mangubhai Patel as the governor of Madhya Pradesh.

On the other hand, the BJP government has given top priority for the development of the tribal community of the country, he asserted. “I tell you that your forefathers faced a lot of difficulties, but due to our work you are facing less difficulties now. Now, we want to ensure that your children do not have to face such difficulties in future,” he said during his address to the tribal people.

He said wherever the BJP is in power, the governments led by it have given top priority to tribal welfare. “My tribal brothers and sisters should have their own pucca house with electricity, gas connection, toilet, a road leading to the house, a medical centre nearby, means of income in the vicinity, and a school for children,” he said.

The prime minister said that when these youngsters were born 20-25 years ago, there were very few schools in the entire tribal belt from Umargam to Ambaji and barely enough facilities to study science.