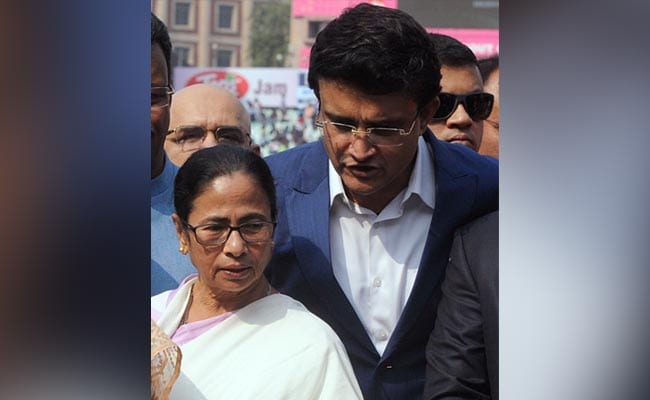 Bengal Chief Minister Mamata Banerjee had strong words on the dropping of former Team India captain Sourav Ganguly from the post of BCCI (Board of Cricket Control in India) chief and not sending him to the International Cricket Council or ICC. She had earlier requested Prime Minister Narendra Modi to ensure he was sent to the ICC. The post of BCCI chief has gone to Roger Binny.

“I don’t understand the game of cricket but if you let me play, I will play the game,” she told reporters when asked about the matter.

If someone is capable and eligible, he can get a chance even if they are “political people” she said, pointing to Union minister Anurag Thakur’s brother, who has got a post in the council.

“The court had allowed three terms for Sourav and Jay Shah. So, when he has been allowed a term and is entitled to it, why has Sourav been deprived? Not only are sport lovers shocked but this is a shame for the world,” she added.

“You have seen I had made a request openly. If they had sent him, the country would have been proud. Jagmohan Dalmiya was also there. So today, for what reason, what unknown reason, has a man like Sourav been deprived and they have left the position reserved for someone else,” Ms Banerjee added.

“Because Sourav is a gentleman, he is not saying anything. He must have felt bad, but he has not shared that pain with anyone. But we are not taking this lightly. We are shocked. It is shameless political vendetta,” she added.

Asked if the intention was to send Jay Shah to the ICC, Mamata Banerjee said, “I will not take names”.

Mamata said she had been Union Sports Minister herself and she had spoken about how politics should not be mixed with sports.

“When the Left Front government allotted land to Sourav Ganguly in Salt Lake to make a school, who wanted to shut down that school? No land should be given to Ganguly is what they had said, holding dharnas, like they had done in Singur. They have taken back that land. Today she is remembering Sourav because she is in a soup,” he said.

The ruling Trinamool Congress had earlier lodged strong protest against Ganguly’s removal as the BCCI President and alleged that the former India skipper was paying the price for saying “no” to the BJP.

Reports had suggested that the BJP had reached out to Ganguly to join the party, which he refused to do.

It has also been reported that BCCI Secretary Jay Shah’s father, Union Home Minister Amit Shah, had met the BCCI brass, including Ganguly, on October 6 at his home in Delhi, during which Ganguly’s exit route was charted.

While Ganguly has steered clear of politics, he has announced he will contest the Cricket Association of Bengal elections for the post of President as he confines himself to cricket administration. The politics surrounding him, however, is unlikely to die down soon.