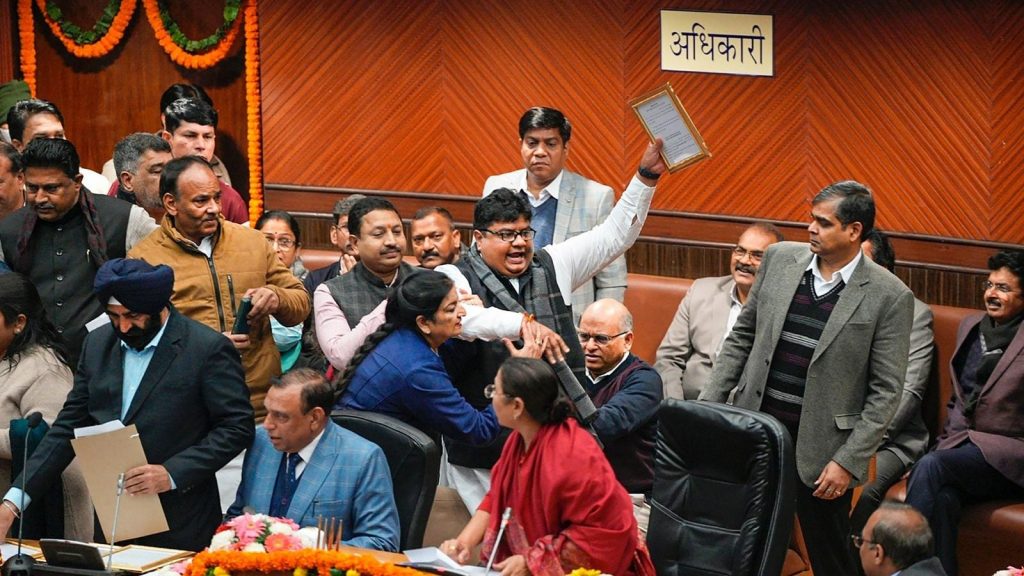 The Municipal Corporation of Delhi (MCD) has reportedly blamed the Aam Aadmi Party for not administering oath to the councilors in the House and not electing the mayor, deputy mayor and members of the standing committee.

According to a report in Amar Ujala, the MCD, in its report to the Lieutenant Governor, said that the AAP members created ruckus, obstructing the proceedings of the House. Apart from this, they ransacked the House and also tore papers. The MCD has not recommended action against any member, but has urged to fix a date for the meeting of the House.

The publication quoted its sources as saying that the MCD on Monday prepared a report over ruckus in the House on Friday, following which it was sent to L-G VK Saxena in the evening. Along with the report, the MCD has sent a video footage of the uproar in the House.

The MCD has written in its report that the presiding officer Satya Sharma, after taking the oath, started the proceedings as per the agenda of the meeting. AAP members started opposing his decision.

The oathtaking was stopped and the meeting disrupted as the AAP councillors stood on the tables, including those of the presiding officer.

The AAP members got into heated arguments with their BJP counterparts, who retaliated by raising slogans against the AAP and its convener Arvind Kejriwal. Amid the chaos, both sides alleged manhandling by the other camp.

The Aam Aadmi Party is facing problems in getting their mayor, deputy mayor and standing committee members elected smoothly, despite having a majority in the house and bagging 134 seats in municipal elections.

A report in Times of India quoted experts as saying that the Delhi Municipal Corporation (DMC) Act has complicated the exercise and other political parties faced similar challenges in the past.

The report quoted SK Sharma, former secretary in the Delhi assembly, as saying that the corporation works as per the DMC Act because it is not a legislature.

The anti-defection law, the the case of MCD, is not in force so cross-voting of councillors is possible. In 2014, Congress councillor Praveen Rana was elected deputy mayor of the erstwhile south corporation with the support of Independents even though BJP was in power.