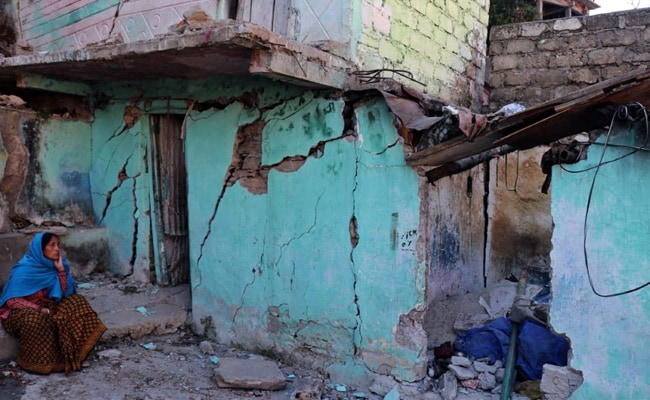 The buildings that have developed cracks and are badly damaged in Uttarakhand’s Joshimath will be demolished, so they don’t harm the nearby buildings, officials have said.

The demolition of the damaged buildings will begin today.

Joshimath has been divided into three zones – ‘Danger’, ‘Buffer’, and ‘Completely Safe’ – based on the magnitude of possible danger due to the land subsidence – the sinking or settling of the ground surface.

Over 600 buildings in ‘sinking Joshimath’ have developed cracks, officials said, adding that the ones that are most damaged will be demolished.

The ‘sinking’ town has been declared a disaster-prone zone and construction activities have been banned in Joshimath and nearby areas.

About 4,000 people have been shifted to safer areas,” a senior functionary of the Ministry of Home Affairs told NDTV.

“It seems 30 per cent of Joshimath is affected. A report is being compiled by an expert committee and it would be submitted to the Prime Minister’s Office,” he said.

Chief Minister Pushkar Singh Dhami has appealed to everyone to work as a team and save the town. Prime Minister Narendra Modi has also assured full support to the state government.

The demolition of the damaged houses was recommended by an expert panel tasked with assessing the land subsidence in Joshimath.

The demolition will be carried out under the supervision of a team from the Central Building Research Institute (CBRI), while National Disaster Response Force (NDRF) has been called in to assist them.

Joshimath is called the “winter seat” of Lord Badrinath, whose idol is brought down from the main Badrinath temple to Vasudeva temple in the town every winter. It is also the gateway to the Sikh holy shrine Hemkund Sahib.

Experts have blamed unplanned infrastructure development, including hydropower projects, for the alarming situation.

Many have pointed to the hydroelectricity project of National Thermal Power Corporation (NTPC) in this connection. Residents have said they wrote to the Chief Minister thrice last month, alerting him about the impact of the blasts in the tunnels of the NTPC project.

Cracks in the homes and roads had started appearing due to the blasts a few km from the town, residents wrote in the letters accessed by NDTV.

NTPC has denied any links between its project and the situation in Joshimath. In an official statement, it has said the NTPC tunnel doesn’t go under the town and no blasting work is being carried out at the site at this point.

Rahul likens RSS men to Kauravas with khakhi half pants