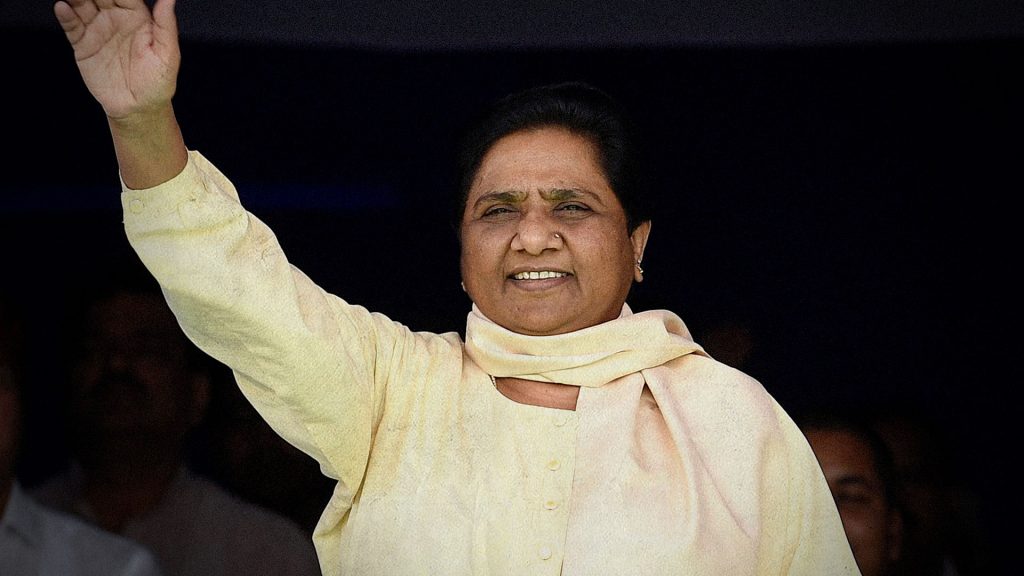 Bahujan Samaj Party supremo ‘Behen’ Mayawati feels betrayed by the ‘bahujan samaj’. The BSP’s Muslim vote-bank dumped the elephant for the cycle and, watching this migration, the party’s upper caste and non-Jatav vote-banks also left fearing the return of the “jungle raj” of the Samajwadi Party if they didn’t join the bandwagon hitched to Yogi Adityanath’s bulldozer.

Mayawati had been steadfastly avoiding showing her hand in the 2022 Uttar Pradesh elections. In fact, people wondered whether she had taken ‘sanyas’ and shut herself up in her palatial fortress of a home. BSP spokespersons on “national TV” had a hard time explaining her absence from the electoral battlefield. The ‘elephant’, it appeared, had forgotten how to be ‘masth.’

And, then, when the results spilled out March 10, there was no sign of the tusker throughout the Uttar Pradesh electoral-scape. This, when it’s known to all and everybody that the ‘bahujan’ outnumber every other ‘people’ in the Great Plains of UP. The ‘bahujan samaj’ includes not just jatavs and non-Jatavs but also lakhs and lakhs of Muslims who are not of the ‘ashrafi’ brand.

The 2022 assembly elections have been brutal on the BSP. Mayawati must not have visualized such a drubbing. She was complacent; perhaps confident that her samaj wouldn’t leave her exorcised. Not in her wildest dreams must it have occurred to her that the BSP’s vote-share would shrink to a mere 12.8 percent, the lowest so far. Even when the party went for a duck in 2014, the BSP vote-share was 19.77 percent.

So, where does the BSP go from here, and what about Mayawati, is this the end of the road for the woman who went from scratch to patch to the top of the match in three decades? Mentor Kanshi Ram promised IAS aspirant Mayawati that he will change her fortunes such that the entire IAS would be at her feet!

Mayawati indeed had the IAS bending to her every wish when she was “CM Uttar Pradesh”, not once but four times, the last time for a full five-year term. Mayawati was a tough CM and Yogi Adityanath surely took a leaf out of ‘Mukhya Mantri’ Mayawati’s law & order playbook. No, she did not use the ‘Ab tak Chappan” encounter cop modus operandi to keep law and order in Uttar Pradesh, CM Mayawati’s ‘danda’ swung without making too much ‘shor-sharaba’ though ‘her police’ were no less a “terror” than the police of CM Yogi Adityanath.

That is where she could have scored over Akhilesh Yadav if she hadn’t chosen to be in the shadows, aloof, and had instead led from the front like Yogi and Modi. If Akhilesh Yadav made a late-entry, Mayawati chose not to make an entry at all. And, now, blaming the Muslims, the non-Jatavs, and the Brahmins, for her sorry showing will not win her new followers, or bring back the ones who left her to her devices.

Kumari Mayawati has much to introspect, but has she learned or has she not? A 1/403 score is worse than not scoring a duck! A mathematician or a statistician would be able to put that dismal showing in perspective. The lawyer-teacher-turned-politician is at a crossroads. Mayawati can either “stay retired” or she can make a “comeback”, about which she made references to on March 11.

“To defeat the BJP, Muslims shifted their votes from the tried and tested BSP to the SP,” she said. “This wrong decision cost us heavily because the fear spread among BSP supporters, the upper caste Hindus and OBCs that if the SP comes to power there will be jungle raj once again. So they went to the BJP…”

But is that all why the BSP scraped bottom? The problem is, Mayawati understood late, and spoke too late. The autopsy should be on why stayed aloof. Things were happening which she never saw coming. Yogi and Modi were scripting new screenplays around the old caste-communal-equations script that was “her story.” Today, if Mayawati’s legacy is falling apart, it’s her doing.

The Lucknow elephants apart, what is Mayawati’s legacy? Mayawati has ruled the Bahujan Samaj Party like a dowager empress. When she’s gone, the bahujan will remain, but the party will crumble and go to waste because ‘Behen’ Mayawati saw to it that there’s no second-rung leadership to takeover. Somebody like the ‘Ravan’ of the Bhim Army had no incentive to join the BSP.

True, Mayawati cannot be written off just yet. If the Congress with three decades in UP’s political wilderness is still around, there is no hard and fast rule that the BSP cannot be. Mayawati spoke of this on March 11 when she exhorted BSP workers to keep going, not be disheartened. It all boils down to fire in the belly. They say Kanshi Ram spoke of fire in the belly; maybe there’s a cold fire in Mayawati. (IPA Service)

BJP’s Victory In Manipur Will Have Big Impact On North Eastern Region
Posting....