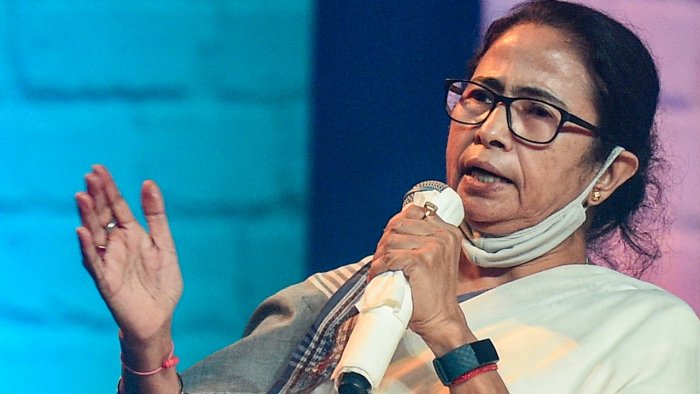 Despite marginalising opposition parties to near extinction in the ongoing Bengal civic body polls, the ruling Trinamool Congress (TMC) remains an acutely divided house. As in 2018, hordes of TMC dissidents angered over not securing nominations ,are fighting the 2022 elections too as ‘independents’, in many areas.

Having learnt from their experience in the 2018 Panchayat polls, TMC Supremo/Chief Minister Mamata Banerjee and other leaders had spared no pains to rein in ‘troublemakers within the party’ this time. However their persuasive efforts to avoid a rerun of the 2018scenario did not succeed. Most dissidents have refused to stand down from the contest. This has naturally upset the TMC leadership, which still hopes to bring back in line most hardcore elements before Feb 27, the day of polling.

TMC Secretary and senior Minister Partha Chatterjee began by giving defiant party members a 48 hour deadline to withdraw from the contest. Simultaneously in every district the local party leaders began discussions with leading dissidents trying to defuse the situation. They do not have much time. As already stated, polling will be held to decide the fate of 2276 wards in 108 civic bodies on Feb 27. The TMC has put up 2258 candidates, leaving a few wards in the North Bengal hills for the smaller local parties to contest.

But the number of contesting ‘independents’ — 843 — is unusually high. According to some estimates, it seems in almost 40% of the wards, such independents would be contesting. Almost to a man they belong to the TMC.

As the Chatterjee-announced deadline expired, only around 10 or so people agreed to pull out, according to reports. The party has now resorted to expelling the hare core among the resisters. So far close to 100 people have been expelled. The figure is seen as a drop in the ocean, in the context of the level of dissidence within the ruling party. However, officially party spokesmen remain hopeful that persuasion seems to be working and there would be many more withdrawals in the days ahead.

Observers point to deeper, different reasons for the unexpectedly rigid resistance among dissidents who have ignored official party commands. As CPIM() leader Sujan Chakravarty and others have explained, the acute absence of economic opportunities coupled with a general lack of development in the State is a major factor in influencing political behaviour in Bengal under the TMC rule.

In recent days there have been any number of articles in the Bengal-based print media outlining why for any political aspirant , winning the civic or Panchayat elections at any level can open the gateway to success and self fulfilment in life. The smallest village (gram) panchayat receives at least Rs 10 crore annually for local development work these days. The amount increases significantly for the elected suburban/urban civic bodies. Apart from genuinely participating in social welfare projects, a winner is entitled to good working conditions, salary and other allowances along with gaining social respect.

‘Naturally contesting the civic polls nowadays are all about seeking economic and political power,’ says an observer. In States offering limited economic opportunities, like West Bengal, the scramble for election tickets is therefore bound to be frantic, even desperate, among political aspirants of all hues.

In fact this also explains why there is a desperate exodus among workers of all parties ranging from the BJP to the Left front, to join the Bengal TMC at the first opportunity and hence the alarmingly high levels of frankly opportunistic defections,’ he added. ‘The perception that only the ruling party can deliver the goods and none of the opposition parties, has gone deep among the people.’

Financial incentives and corruption play a big role. There is a report from Burdwan about a senior leader not securing the TMC’s nomination for the ongoing elections. His grouse is that the person favoured by the local party leaders in 2022 has a criminal record. However unconfirmed reports suggest that a large amount of money was involved in the controversial candidate selection!

The aggrieved former Councillor who has organised strong protests at the grassroot level, promises to do all he can to draw the attention of Kolkata-based senior leaders. If he fails, he will not hesitate to work against the ‘official’ candidate , according to those close to him.

Poll analyst Biswanath Chakravarty in a recent TV chat show confirmed such trends. Referring to recent protests organised all over Bengal by TMC supporters and former Councillors who were not selected by the top leaders as candidates, he said that in many cases local leaders had been paid big sums by desperate aspirants competing for a party ticket ! ‘Naturally some people now faced a major financial loss, he added, hinting there could be further trouble ahead for the TMC leadership in the days ahead.

As one major newspaper reports, in the small Diamond Harbour municipality in south 24 Parganas, there are16 wards. As many as 30 independents are contesting here, all local TMC activists! Significantly, these independents have not been targeted by local TMC activists/supporters and seem able to carry out their campaigns, unlike their political rivals from the BJP, the CPIM) or the Congress. While opposition candidates and their families face terror/intimidation including assaults and arson from local TMC circles, the ‘Inds’ are being approached for talks by senior TMC leaders.

The trend is similar elsewhere too…At Maheshtala in the same district, 15 ‘Inds’ arein the battle for 35 wards!

Why is it so important for the TMC to make sure that there are not too many dissidents contesting on Feb 27? The answer is in 2018 panchayat polls, the ‘Inds’ won 24% of the votes, defying the party line and ignoring their leaders, becoming runners-up to the TMC winning 40% ! Instead of expelling the lot, as its leaders had warned earlier, the TMC had chosen an uncomfortable as well as expensive solution — it reluctantly rehabilitated scores of such people offering them cushy party posts and lucrative niches. But the process was difficult and tortuous , creating fresh inner party unrest and dissidence.

Unless the TMC’s charm offensive against its defiant ranks works better this time, the party could again face fresh trouble in 2022 as well, say observers. (IPA Service)

Mayawati says she is fighting to form govt like in 2007
Posting....