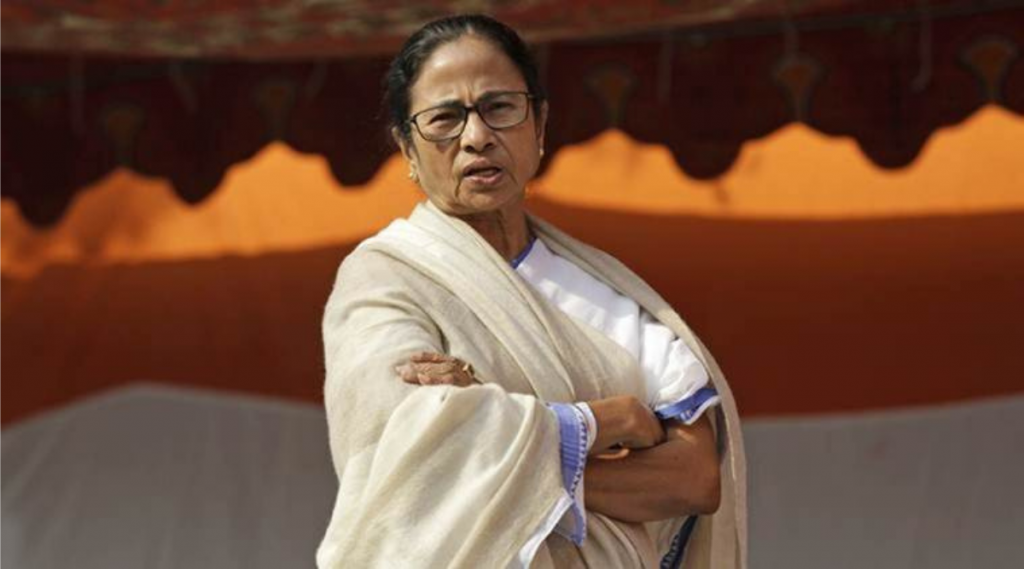 A long term political dividend was in her sights when Chief Minister and Trinamool Congress supremo Mamata Banerjee said that Prime .Minister, Narendra Modi did not goad the central investigation agencies like CBI and ED to swoop in on the homes of her party leaders. While her political opponents ridicule her and her party leaders try hard to conceal their bewilderment, Banerjee who has made a habit of turning challenges into opportunities may have the last laugh after announcement of results of 2024 parliamentary elections.

Neither the Opposition whose substantial portion is now occupied by the saffron camp in the state nor the Trinamool chief’s party activists can be blamed for their respective reactions. Verbal duels have been braking out off and on among the two ever since Modi became the prime .ministerial aspirant in 2014..

And unlike BJP’s principal political opponent at the national level, Congress Banerjee went hammer and tongs at Modi quickly deciphering the extent political damage he can inflict upon his political foes Even as the former chief minister of Gujarat calling her “Didi, O Didi” ending his address in a falsetto to ridicule her, it aroused the instincts of a street fighter in the Trinamool chief.

Banerjee threatened to tie him up. She was left fuming when the prime ministerial aspirant shot back asking the percentage of “cut money” on the purchase of the rope to be used for this purpose.

The war of words have continued ever since. But there was a perceptible thaw when the Prime Minister asked senior Trinamool MP Sudip Bandopadhyay whether his leader was satisfied with the outcome of a recent meeting.

A pattern appears to be emerging when after backing party leader Yashwant Sinha in presidential election, the Trinamool supremo  said that she would not have put her candidate in the fray had she been consulted in the matter earlier. Asking Trinamool MPs to abstain from voting in the vice-president election she signalled her distancing from the Opposition flock..

Political watchers were amazed. at her decision as the vice-presidential nominee of BJP was none other than former West Bengal governor Jagdeep Dhankhar who was her bete noire during term of office. Many opposition leaders were looking for deep motives in her stand.

A jumpcut to the present finds the chief minister Banerjee sparing the Prime Minister Modi of all blame of letting loose the probe agencies on her party leaders. These agencies do not report to the Prime Minister’s Office but to union home ministry headed by Amit Shah, she said deftly shifting the onus of ordering the raids from Modi to Shah.

With 2024 elections inching closer, Banerjee desperately needs the blessings and good wishes of the Prime Minister to showcase some of the development projects to the voters on election eve. It is all the better if they are job providers in a state starved of employment opportunities.

The state government awarding to Adani Ports and Special Economic Zone Limited the contract of building a deep sea port at Tajpur recently is a case in point. Given the bonhomie between the Prime Minister and the group headed by Gautam Adani, the project agreement seeing the light of the day would have been an impossibility had not a word been put by the right quarters.

With traditional industrial groups giving Banerjee a cold shoulder, the Adanis have acquired a berth at Haldia docks and investments in and around Andal airport where this industrial group has bought large tracts of land is on the cards.

The Adanis are set to emerge as a major player in the cement Industry in the state. The group which deals in bran oil and rice are buying rice mills from individual owners in Burdwan and Midnapore.

The private sector apart, the Prime Minister’s nod will facilitate the smooth passage of many projects including an underpass from Netaji Subhas docks to Delhi Road. All this will be a a loud and clear message to Modi that Banerjee, his most acerbic opponent till date seeks to bury her hatchet with him .

Dividends eyed by Banerjee, once the Prime Minister’s most trenchant critic apart, a belief is doing the rounds in Left and Congress camps in the state is that a deal has been struck between Modi and Banerjee. An olive branch has been offered by the chief minister which the Prime Minister has accepted.

It will not cut much ice, according to Banerjee’s onetime Cabinet colleague and leader of the Opposition, Suvendu Adhikari. The saffron camp reaction is natural as it can ill afford to admit the veracity of two opponents shaking hands albeit under the table.

Even if the raids continue by fits and starts, the chief minister can still continue to fire broadsides. at the saffron camp. After all, having tactically absolved the Prime Minister of the blame of unleashing central probe agency sleuths the Prime Minister is no longer in her line of fire.

Banerjee’s followers cannot accuse her of holding her punches against the BJP camp. For she had been able to sell them the idea that a gulf of difference exists between Prime Minister Modi and the saffron camp in the state headed by leader of the Opposition, Suvendu Adhikari while at the Centre it is the Union home minister, Amit Shah, the duo she has targetted as the nucleus of the “raid raj’. This new anti-BJP thrust focusing on Adhikari-Shah duo, serves Mamata’s purpose to deal softly with the Prime Minister while going  the wholehog against  the BJP in the state.

Seeking to make a difference between Modi and Shah, the Trinamool chief has deployed a game plan she brought into play decades ago as minister in the NDA Cabinet. Then it was the then Prime Minister, Atal Behari Vajpayee whom she sought to set apart from the diehard saffron of the BJP

Vajpayee was projected as the right man in the wrong party. Advani on the other hand was very much a part of that outfit.

The strategy was not a resounding success. But now she has made it her best bet to divide the camp of her principal political opponent which whether she likes it or not is on a front foot in the backdrop of the raids at the homes of some of the senior Trinamool leaders. Mamata has uncanny power of causing disruption and controversies like Narendra Modi and she is confident that her ply will give her big dividend in 2024 Lok Sabha elections. (IPA Service)