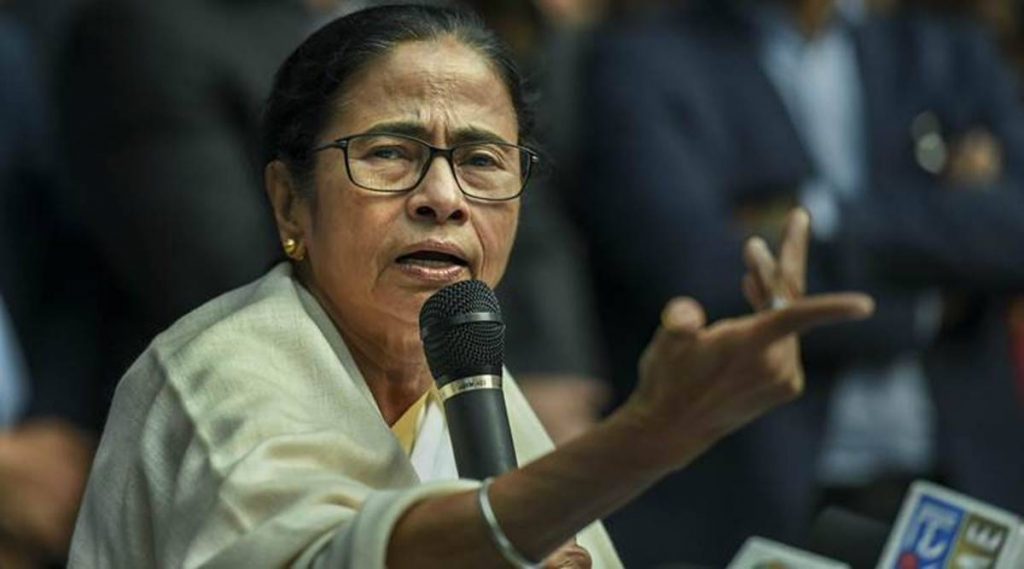 Even before Narendra Modi and Amit Shah along with the Sangh leadership could strike at the root of Mamata government and her party, Mamata Banerjee as the retaliatory incursion has struck hard with the West Bengal cabinet deciding to amend law to make her Chancellor of state-run universities. Modi government has been resorting to all sorts of machinations to destabilise the Mamata government and make her exit from the political scene. Nevertheless the latest move of Mamata Banerjee heralds a direct war against Narendra Modi using the Governor, Jagdeep Dhankar as a proxy target. The decision was taken by the state cabinet on May 26.

The state government set to introduce the bill to change the existing law which entitles Governor to act as the chancellor of the universities in the current session of the assembly. The role of a governor as chancellor is laid out by statutes governing universities that fall under the ambit of state governments. As chancellors, Governors take decisions on all state university-related matters, independent of the council of ministers.

Ever since Dhankar took the office of Governor he had launched crusade against Mamata government and her party, Trinamool Congress Through his actions and functioning, just after assuming the office, he sent a candid message that he has been on the mission to destabilise her government and malign her political image. He pursued the path of confrontation with Mamata and accused her of not providing a good people oriented governance. He even accused that state has been witnessing rampant corruption.

Om her part Mamata on number of occasions had apprised Modi of the behaviour and action of Dhankar. But he never paid any heed to her letters. Modi simply allowed the situation to drift and acquire an ugly character. The Raj Bhawan according to the TMC leaders was used by the BJP leaders during the assembly elections.

The decision to make Mamata the Chancellor of the universities comes in the backdrop of Dhankhar’s run-ins with the state government over appointments of vice-chancellors in the universities. He had earlier alleged that the state government had appointed several Vice-Chancellors without his consent. Earlier this year, he had alleged that VCs of 25 universities were appointed illegally without his approval. On 30 December 2021, Dhankhar took to Twitter to allege that due process had not been followed in the appointment of vice-chancellors to 24 universities in the state.

It is irony that Dhankar in his enthusiasm to identify himself with the desires and wishes of Modi and Shah has been virtually behaving like the spokesperson of the two leaders. This has fuelled wide range of hostility against him.  Only a couple of months back chancellors and vice-chancellors of private universities in West Bengal did not attend a meeting called by him at Raj Bhavan citing Covid-19 protocols, Instead of doing some introspection and ascertaining the reasons for their absence Dhankhar termed their absence  as “shocking unionism”.

But this is certainly not going to be a smooth walk for Mamata also. Mamata’s move will witness the worst type of confrontation with Modi and Amit Shah. Already the senior bureaucrats close to Modi have started preparing grounds to force a showdown. They claim that Mamata by taking to this path has violated the statutes. She should have turned the leaves of the rule book of the University Grants Commission guidelines. They also plan to initiating action against the West Bengal cabinet’s decision.

As per the practice the bill adopted by the assembly will have to be forwarded to Dhankar for his assent. In this case since it is meant to remove him from the coveted office of Chancellor he would certainly refuse the assent. Nevertheless the Mamata government is ready for any eventuality. In case the governor doesn’t give his assent to the bill, the administration “will take the ordinance route”.  The tussle over university administration is the latest flashpoint between Mamata and Dhankhar, who are known to share an acrimonious relationship.

Strange enough with Mamata hardening her posture and taking to direct assault, the mandarins and ministers of Modi government have started giving sermons. They allege that Mamata has been politicising the education system. But the fact is otherwise. It is they who through Dhankar has been ruining the academic scenario in the state. The union education minister observed; “The education system should be above politics, this is the last nail in the coffin. The ruling party (Trinamool Congress) will now be handling all the affairs of the universities and colleges in the state, this is complete politicisation of the education system in West Bengal”. In a threatening tone he said “One must realise, in the future there will be a new chief minister and this could prove to be a disaster. That, too, at a time when the state government is facing a CBI probe over School Service Commission (SSC) appointment irregularities. This kind of decision is unheard of across the country. We are looking into the UGC guidelines and will take action as if required”. Fears are being expressed by the academics that the Modi government taking advantage of the situation may stop the flow of funds from the University Grants Commission.

The relationship of a partisan governor and his troubled relationship with the chief ministers have been the regular feature in opposition-ruled states. Even after a number of nasty incidents no serious effort has been ever made to streamline their relations. The governors unfortunately are being used as tools by the party in power at centre. Since a person is made governor at the behest of the leader of the ruling party, he cannot be expected to act independently, applying his  own mind. The ‘non-partisan’ part was always suspect, but in recent  years, governors have been acting like the agents of the party in power at the Centre, using their discretionary powers to aid and abet the fall or formation of favourable governments, or locking horns with chief ministers from the opposition parties and hampering the functioning of the state. We have seen the role of the Maharashtra governor. He strived to install a BJP government ignoring the majority claim of the opposition.

In his latest jibe at Mamata on September 19, Dhankhar said the state had become the “home of illegal bomb-making” and the administration has to answer for the “alarming decline” in law and order. This came after the NIA (National Investigation Agency) said it had arrested nine alleged “Al Qaeda module terrorists” from Bengal and Kerala (seven of them are barely literate daily wage labourers; all of them are from Murshidabad district). On August 5, the day of the bhumi pujan for the Ram temple in Ayodhya, he tweeted: ‘At 6.30 PM today at Raj Bhawan ‘ghee ke diye jalakar’ will celebrate historic day—‘Ram Mandir Bhoomi Pujan ’Long wait over—thanks to historic judicial verdict.’

He has formed the habit of maligning the state. His usual jibes have been “There is no democracy in Bengal…. there is only violence in the State…. there are murders and atrocities on women in the State”. In fact West Bengal has a history of clashes Between State and Governor, But Battle has Crossed Boundaries this Time. Only a year back Mamata had alleged that Dhankar was planning in close association of Union government to impose “super-emergency in the country”.

The clash between Dhankhar and the State is not new. Even before the Assembly election, the TMC has been complaining that he is interfering too much in the governance of the State. He openly opposed the State government by raising constitutional rules. On December 31, 2021 state has also approached the President seeking his removal under sub-section 1 of section 156, citing the Governor’s ‘overactivity’. Mamata-Governor confrontation has now reached the flashpoint. It is to be seen how the Centre takes the next move. (IPA Service)