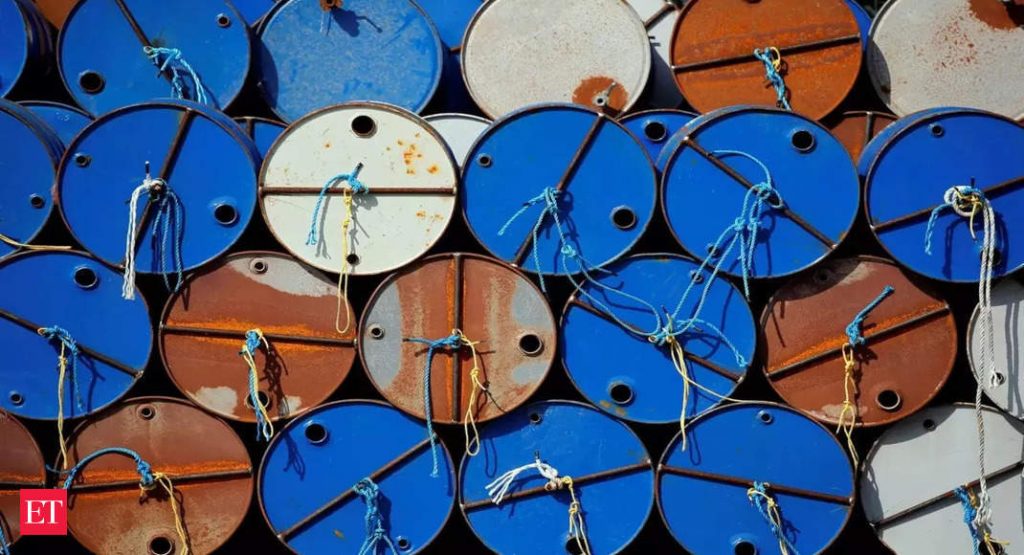 It is good to see that a host of large Indian business houses and public sector enterprises have rapidly stepped up imports from Russia taking full advantage of hefty price discounts offered by Russian suppliers on a host of goods in the face of multiple trade sanctions from the NATO countries, European Union and their allies. Among the country’s top business leaders to step up imports from Russia are the Tatas, Mukesh Ambani-led Reliance Industries, Kumar Mangalam Birla-led UltraTech Cement, Sajjan Jindal-led JSW Steel group, Saroj Poddar-led Chambal Fertilisers& Chemicals and Tony Fountain-led Nayara Energy (formerly Essar Petroleum). The latest move is saving Indian companies millions of dollars in import costs and benefiting the country in billions of dollars of foreign exchange outgo as imports are mostly Indian Rupee denominated.

At least one company, Rs. 52,599-crore UltraTech Cement, India’s biggest and one of the world’s largest cement production firms, has gone for a more innovative payment system by offering Chinese Yuan, instead of US$, for imports of coal from Russia. UltraTech Cement is paying for Russian coal using Yuan, a rare payment method that traders say could become more common as Russia explores options amid US sanctions against it. A recent Reuters report revealed that UltraTech Cement is importing 157,000 tons of coal from the Russian far-east port of Vanino, priced at 172.6 million yuan, or about $25.81 million. The invoice was dated June 5.

Among the host of items being imported from Russia by Indian firms are petroleum, coal, fertiliser and metals. Oil imports are greatly facilitated by Russia’s Rosneft, the single largest shareholder (49.13 percent) in Gujarat-based Nayara Energy Limited (formerly Essar Oil). The 20-million tonne annual capacity Nayara’s refinery is located at Vadinar, near Dwarka, the home to one of the most complex refineries in the world. Most Indian oil companies are in touch with Rosneft, Russia’s biggest oil firm and the world’s 53rd largest public company as ranked by Forbes Global study. Its India connection has been of great help to large local oil firms, Including RIL and Indian Oil Corporation. Tony Fountain is well known in India’s oil industry. Prior to Nayara Energy, he had held various positions in British Petroleum, where he worked for around 25 years. He had also worked as a CEO with Nuclear Decommissioning Authority and with Reliance Industries Limited as CEO Refinery & Marketing.

Official reports show that India’s oil imports from Russia have jumped 50 times during this financial year. Russian oil accounts for 10 percent of its total oil import. Around 40 percent of imported Russian oil has been bought by private refiners – Reliance Industries and Rosneft-backed Nayara Energy. Prior to the Ukraine war, Russian oil made up for just 0.2 percent of all petroleum oil imported by India. Lately, Russia overtook Saudi Arabia to become India’s second-biggest supplier of oil behind Iraq as refiners snapped up Russian crude available at a deep discount following the Ukraine war. In May, Indian refiners bought about 25 million barrels of Russian oil. Russian-origin crude accounted for 10 per cent of India’s total seaborne imports in April for the first time. India, the world’s third-largest oil-importing and consuming nation, has long defended purchases of crude oil from Russia after the Russian invasion of Ukraine.

At a time when global energy prices practically zoomed to record levels, Russian oil is available at a huge discount.  Indian oil refineries have merely taken advantage of discounted prices to ramp up oil imports from Russia. After the US and China, India is the world’s third-largest consumer of oil, around 86 percent of which is imported. Indian refiners are believed to have bought Russian crude at discount as high as US$30 per barrel. Indian refiners are said to be negotiating mid-term oil import deals with Russian suppliers. India’s top public sector oil refiners, IOC, Bharat Petroleum and Hindustan Petroleum are among those to negotiate with Rosneft. The volume and tenure of the deals could change depending on the discounts offered by Rosneft.

Amid NATO and EU sanctions, Russia has also come as India’s top di-ammonium phosphate (DAP) fertiliser supplier. Imports are being made at a significant discount to international prices. Among the major importers are Indian Potash Limited, Rashtriya Chemicals & Fertilizers (RCF), Chambal Fertilisers and Krishak Bharati Cooperative. India has already signed import contracts of around 3.5 lakh tonnes of DAP fertiliser from Russia for a delivery schedule between April and July ahead of the Kharif season at landed prices of $920-925 per tonne on the  cost-plus-freight (CFR) basis. This is far below the rates paid by other countries for DAP, mainly from China, Saudi Arabia, Morocco and Jordan.

The Bangladesh agriculture ministry is believed to have awarded an annual tender for import of 8.12 lakh tonnes of DAP at $1,020-1,030 per tonne. Similarly, Indonesia and Thailand have reportedly paid $992 and $1,000 per tonne CFR respectively for 25,000-26,000 tonnes shipment each. Pakistan hasn’t been able to contract of late even at $1,030 CFR, with the local currency’s fast depreciation against the dollar adding to the uncertainty. India’s DAP fertiliser imports from Russia have come at a right time when sowings for the kharif season are on and will peak during the current month.

India proposes to settle trade with sanctions-hit Russia in Rupees or through any other innovative means of payments acceptable to Russia. The country plans to use about $2 billion equivalent of rupees deposited at Russia’s state-controlled VTB Bank PJSC and Sberbank. The extreme volatility of the Rouble has been a matter of concern. However, the best part of the growing India-Russia bilateral trade is that both sides are willing to accept innovative solutions. In a way, after the US, Europe, Australia and Japan piled economic sanctions on Russia, Indian firms rightly chose to import from Russia to fight artificial global scarcity and price hikes in the case of a host of essential goods that India has been importing year after year. In the first two months of the current financial year, over four percent of India’s total imports came from Russia, showing a four-time increase over the corresponding period in earlier years. India’s corporate sector deserves kudos for the action under compelling circumstances. (IPA Service)