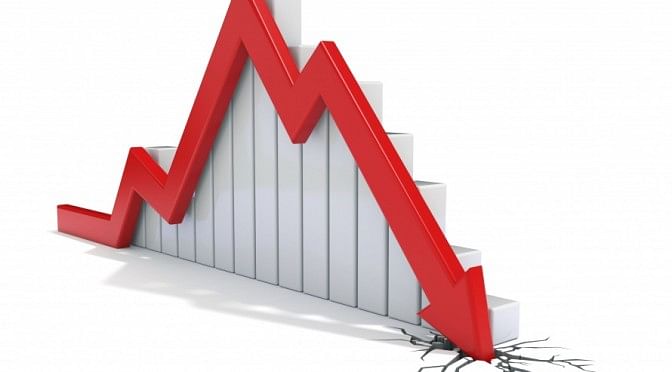 The Government, worried about the inflation rapidly inching up month after month, has finally become pro-active. The steps announced are designed to lower the prices of basics like diesel, steel, cement and plastics. Wholesale Price Index (‘WPI’) has risen at more than ten per cent for more than a year, and in April 2022, it was at 15.08 per cent – a level not seen in more than a decade. Consumer Price Index (‘CPI’) has risen 7.8 per cent, well above the Reserve Bank of India (‘RBI’)’s target of four per cent plus minus two per cent for the fourth consecutive month.

Inflation is high whichever measure we take. The CPI reflects the impact of inflation on the citizen’s budget. If it is higher than the increase in incomes, wages and salaries of people, then their standard of living declines. The WPI is what the producers take into account in their cost of production. That in turn determines the price of their product and the profits they earn. Rising WPI sooner or later translates to higher consumer prices, which have been moderated of late by the decline in the wage bill and interest costs. That is why the CPI has lagged considerably behind the WPI for some time.

The April 2022 data shows that the increase in CPI is accelerating. It is much higher (7.8 per cent) than its level in April 2021 (4.2 per cent). Also, it is substantially above March 2022, at about 20 per cent at an annualized rate. This has given momentum to the rising rate of inflation measured by CPI, and it is likely to continue to rise in the coming months. The government is trying to check this.

The situation is aggravated by the slowing down of the world economy due to the war in Ukraine and lockdowns in China. They are causing increased supply disruptions and shortages of various critical inputs like energy, fertilizer, metals, computer chips, manufactured products, wheat and soybean. Consequently, prices are not only rising; India’s current account deficit has rapidly increased, thereby weakening the rupee against the dollar, though not against other major currencies. Since trade is denominated in dollars, it has meant that all imported items, including energy, become more expensive in India and inflation kicks up.

The most recent data is available for the third quarter of 2021-22, that is, for the quarter ending December 2021 and the second advance estimate for the year 2021-22. Both these are provisional. Also, this period is prior to the third COVID wave in January- February 2022.

The Gross Domestic Product (‘GDP’) data shows a sharp increase of 8.95 per cent over 2020-21. This was expected because of the low base in 2020-21 (due to the pandemic). But when compared to the pre-pandemic year 2019-20, the GDP is higher by 1.7 per cent only. So, growth over the pre-pandemic level is negligible, which implies a stagnant economy.

The real growth is even less. The data used for quarterly estimation of GDP and for the second advance estimate does not independently measure the growth of the unorganized sectors, except for the agriculture sector. It is mostly assumed that the unorganized sector can be proxied by the organized sector. This is not a valid assumption. The unorganized sector literally collapsed due to the lockdown and the subsequent difficulties due to slow opening up of the economy. So, it has been in decline rather than growing. This has been the case since demonetization in 2016.

Further, demand has shifted from the unorganized to the organized sectors for many components of the economy. Hindustan Unilever recently reported that its market share has increased due to the decline of its competitors from the small sectors. This is also true of trade where demand has shifted from the neighbourhood small stores to e-commerce and big chains. The unorganized sector, working with a small amount of capital, exhausts it even during brief closures and is then unable to revive. Even if it restarts after borrowing from informal money markets, its costs rise and it struggles to survive.

Thus, if the decline of the unorganized sectors could be accounted for, the GDP would be below the 2019-20 level. This is corroborated by the RBI data on consumer confidence. It is at 72 per cent currently, while it was at 104 per cent in January 2020, just before the pandemic. This data is also mostly from the organized sectors and the situation would be much worse if the unorganized sector could be taken into account. The implication is that consumption is well below the pre-pandemic levels. Then how can the GDP have crossed the pre pandemic level?

Some sectors are, of course, doing well, such as FMCG (fast-moving consumer goods), pharmaceuticals, technology and telecom. Sectors like metals and petroleum benefited due to the rise in global prices even before the war in Ukraine. After the start of the war, all these sectors have been doing even better due to disruption in supplies. But many components of the organized sectors, like contract services and mass consumption items are still not back to pre-pandemic levels. So overall, even the organized sector has not fully recovered.

In brief, including the unorganized sectors, production, employment and investment have not recovered to the pre-pandemic levels. The economy has recouped only a part of the pandemic hit production in 2020-21.

Not only is the economy below the pre-pandemic level: if undisturbed by the pandemic, it would have continued to grow at about four per cent; thereby in 2021-22, it would have been higher than its level in 2019-20 by more than eight per cent (not the official 1.7 per cent). So, at best, one can say the economy is stagnant. Combined with the accelerating inflation, the implication is that the economy is in stagflation. This has serious implications for the economy and especially for the marginalized sections. For them, a reduction in the rate of inflation is not enough, given their stagnant or declining incomes.

It puts policy makers in a fix. If, to control inflation, they try to reduce demand, then the economy slows down. If they try to boost growth, then inflation may rise. The delicate solution lies in eliminating supply bottlenecks without curtailing demand.

The RBI raised the cash reserve ratio to reduce liquidity, and raised interest rates to reduce demand. However, these do not address the reasons for rising inflation, which are: supply bottlenecks in India and abroad, the war in Ukraine and consequent shortages, the lockdown in China, the increased pricing power of corporates, closure of units in small and micro sectors in India, and increase in global freight charges. Presently, when consumption has not yet recovered and demand is short, an increase in interest rates will only reduce investment, employment and incomes – worsening stagflation.

It is for government to address supply bottlenecks, check speculation and reduce indirect taxes to lower inflation. Units that have closed down need to be helped to revive. Direct tax collections have to be increased so that the indirect taxes can be cut without driving up the fiscal deficit in the budget. Specific steps for doing this have been suggested many times recently. The budget needs to be redrawn since expenditures will rise with inflation (through, for instance, the subsidy bill) while revenue buoyancy will decline due to slowdown in the economy.

In brief, the economy faces stagflation, to tackle which government, rather than the RBI, needed to act; the steps announced are a start. More needs to be done to eliminate supply bottlenecks without curtailing demand. (IPA Service)