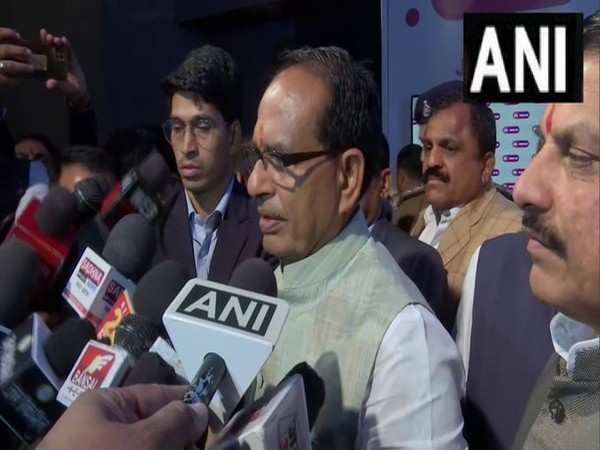 BHOPAL: History was created in Madhya Pradesh Vidhan Sabha on two counts – one not only for the first time a no confidence motion was admitted after a gap of more than 15 years but the government allowed opposition to speak. It was also for the first time during the tenure of Chief Minister Shiv Raj Singh Chouhan that the house set past midnight without lunch and dinner break.

The prolonged debate was marked by stormy scenes and heated exchanges. The debate was opened by Leader of Opposition Govind Singh. He hit out at the ‘unrestrained’ bureaucracy and accused CM Chouhan of usurping the rights of panchayats. “You snatched the privileges of the panchayats and transferred all powers to officials and government employees so that anything can be achieved arbitrarily by the government” the LoP said.

Officials have become autocratic in BJP regime, Singh alleged adding that the administration does not reply to letters of MLAs and MPs. “To humiliate opposition parties, implicate them in false cases, harass them and then make them join your party. Is this good governance?” The LoP asked. The discussion continued till late in the night. It was one of the longest proceedings of the house. CM Chouhan came into the house at frequent intervals while PCC chief Kamal Nath was not present during the no-confidence debate.

Congress leaders made sharp attacks on Jyotiraditya Scindia and the MLAs who joined BJP with him, leading to the fall of the Congress government in March 2020. The BJP leaders, on the other hand, attacked Congress for not fulfilling farm loan waiver promise. Home Minister Narottam Mishra spoke about the achievements of the government in ‘checking mafias, wiping out dacoits, breaking the SIMI organization and Naxal network”. He accused the Congress government of running a ‘transfer industry’ in  its tenure

The Congress walked out at half hour past midnight when minister Mohan Yadav was speaking. The Speaker said discussion would continue and adjourned the House till Thursday. The Congress charged BJP with ‘misleading people’ and doing politics in the name of Lord Ram. The opposition party also accused BJP and the CM of turning everything into ‘events and marketing’ and not doing any concrete work for people.

Minister OPS Bhadoria had a heated argument with Patwari during his address. Minister Bhupendra Singh talked about the government giving OBC reservation in local body elections. Congress MLA and former minister Bala Bachchan presented details on how the Congress government waived farm loans and pointed out that MP’s crime rate is higher than the national average.

Minister Govind Singh Rajput – a Scindia loyalist – said when he was with Congress , its manifesto made promises “that cannot be fulfilled” simply to form the government. Congress MLA and former minister PC Sharma countered by talking about “unfulfilled promises” made by CM Chouhan.

Former minister and Congress MLA Sachin Yadav accused the BJP government of trying to mislead when the people of MP are suffering. Congress MLA Narmada Prasad Prajapati tried to corner the government on the mining issue.

Minister Pradhuman Singh Tomar said Congress lost power as it fought elections with Scindia’s face but Kamal Nath became chief minister. Minister Prabhurm Choudhary called Congress a “school of lies” and alleged that Nath as CM, “would not recognize him though he was a minister in his cabinet”.

Congress MLA Hina Kaware said Maoist activities have spread till Kanha from Balaghat due to which no industry is coming to the area. Congress MLA and former minister Priyavrat Singh expressed concern over long power cuts in rural areas.

Congress MLA Praveen Pathak said that the education scenario in MP is the same as Bihar’s in terms of dropout rate and poor infrastructure in schools. Congress MLA Arif Masood talked about minorities being ‘targeted’ and their interests being ignored. He objected to the “bulldozer culture” of the BJP government. Congress MLA Kunal Choudhary accursed the government of making false promises to farmers.

Minister Vishvas Sarang said Congress does not have the courage to face the CM and listen to his reply.    Replaying to the marathon debate Chief Minister Shiv Raj Singh Chouhan listed the achievements of his government. He also replied to the Congress’ 51-point charge sheet with a two-hour speech in the House. Chouhan said that under his regime MP’s fiscal growth is 19.76 percent – the highest in the country – and the state contributes 4.6% of Indian’s GDP. Under the BJP government, per capita income has increased from Rs. 13,000 to Rs. 1.37 lakh and rate of unemployment is 0.8%- the lowest among all states. The CM added.

Countering the Congress’ allegation that BJP brought down the 15 month Kamal Nath government in March 2020 he said that on the night of December 11, 2018, Congress had 114 MLAs while BJP had 109. “I watched the election results till 2am and decided that night that I will resign in the morning. Some friends in my party advised that I should not give up the wait till the next evening,” Chouhan said.

He said that independent MLAs contacted the BJP first to form the government and many of them went to meet minister Bhupendra Singh in a hotel but I did not wait or indulge in calculations. I told the media that I was going to resign, congratulated Kamal Nath on the way to Raj Bhavan the next morning and submitted my resignation. In the BJP, we decided that those who sat In the Opposition for long should get the opportunity to form the government,” Chouhan argued. He offered an explanation on why the Congress government fell. “Congress committed five sins – popularization of corruption, framing of innocent persons In false cases, discontinuation of welfare schemes, returning 2 lakh houses under PM Awas Scheme an being arrogant” Chouhan said. (IPA Service)

RBI Governor’s Stance On Cryptocurrencies Is Alarmist Not Pragmatic