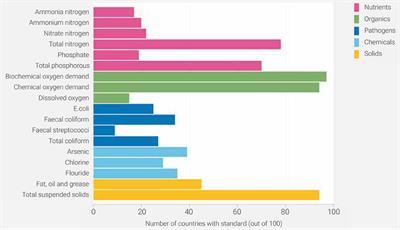 Minister of State for Social Justice and Empowerment Ramdas Athawale told the Parliament in a written reply early this week that the country has not seen any deaths due to manual scavenging but 233 persons died while undertaking hazardous cleaning of sewers in the past three years. In Haryana, after 20 workers died in about 10 months in similar hazardous cleaning, the state’s chief secretary has released a new standard operating process for sewer cleaning that makes the presence of an ambulance necessary while such cleaning activities are being undertaken.

Last week, two workers died during cleaning a clogged sewer in the cash-rich Cidco and NMMC jurisdictions of Navi Mumbai. One was pulled out of the sewer safely and is currently undergoing treatment. All these three workers were reportedly from Jharkhand. Given the high rate of fatality in sewer cleaning due to toxic gases, these incidents are making rights activists and policymakers worried.

Bezwada Wilson, founder of Safai Karmachari Andolan, points to a larger issue. He says most of these workers who are engaged in sewer cleaning and other types of manual scavenging dye in their 40s and 50s due to illnesses. Even if they don’t die while cleaning, they die of different diseases they get inflicted with while doing the job. A look at workers cleaning the clogged sewer joints makes for a nauseating and inhumane view. Workers go neck deep into the filthy waste of the city that includes excreta without any waterproof gear or gas masks.

Usually, power cleaning techniques are used to clean clogged drains and sewers worldwide. But Indian sewers seem to have additional problems and those modern techniques don’t seem to work. When they don’t work, it has to be done manually and that’s when workers enter the sewer joints, sometimes 10 feet below the surface. In Haryana, the majority of the deaths took place while cleaning septic tanks.

To replace workers in the hazardous cleaning of sewers and septic tanks, task-specific equipment and tools can be used. A report by ResearchAndMarkets.com says the global sewer cleaning equipment industry is expected to grow at a combined annual growth rate of 7.9% to $2.8 billion by 2027, from $1.88 billion in 2021. Governments and municipal bodies are the target market.

Drainage is an essential component of any city that aims to be efficient as it provides integrated and seamless waste disposal and management system. As investments in real estate development grow across emerging economies in Asia and Africa, the market for sewer-cleaning equipment is likely to grow. But does that excite our entrepreneurs in India or the burgeoning startup scene?

While the dividends of having a younger population that’s driving the economy, including the market of residential and commercial infrastructures, is analyzed with keen interest, how it’s adding to the pressure of drainage and sewer management is not a topic commonly discussed. At least, there are no proportionate investments in either developing the right equipment and tools or providing training, logistics, and social security to the cleaning workers. India, with roughly 1.4 billion people has more problems in sewer and waste management than it can effectively deal with.

Wilson who comes from a family of manual scavengers has been leading a resolute fight to eradicate the inhuman practice of manual scavenging for last over 30 years. He points out the social stigma and discrimination it brings to the people who practice it and those who come from such families. According to him, cleaning dry latrines, sewers, and railway tracks are instances of manual scavenging but they are not covered by the same law.

In August, the Ministry of Social Justice and Empowerment said it was planning to conduct a national survey and make a list of all the people who are engaged in the hazardous cleaning of septic tanks and sewers. This exercise is to be undertaken under the Union government’s National Action Plan for Mechanised Sanitation Ecosystem (NAMASTE) and will cover 500 Atal Mission for Rejuvenation and Urban Transformation (AMRUT) cities. The NAMASTE scheme aims to eradicate hazardous sewer and septic tank cleaning practices. It’s a joint initiative of the Ministry of Social Justice and Empowerment and the Ministry of Housing and Urban Affairs. NAMASTE has received Rs. 360 crores to be spent over the next four years.

While the government ministries will plan broader plans and initiatives, it’s at the municipal and local levels that the problem needs to be addressed. India should be proud that it has people with the capability and willingness to go into the sewer and clean it with their bare hands. But these brave hearts should be recognized with proportionate economic benefits. They should not be allowed to die inside those sewers and septic tanks. The local administration must share a larger responsibility and ensure that all standard safety measures are in place before a worker steps into a sewer, if at all. To this end, the initiatives suggested by the Haryana chief secretary are worth emulating. (IPA Service)

Fixing Jharkhand Chief Minister May Turn Into Quicksand For BJP