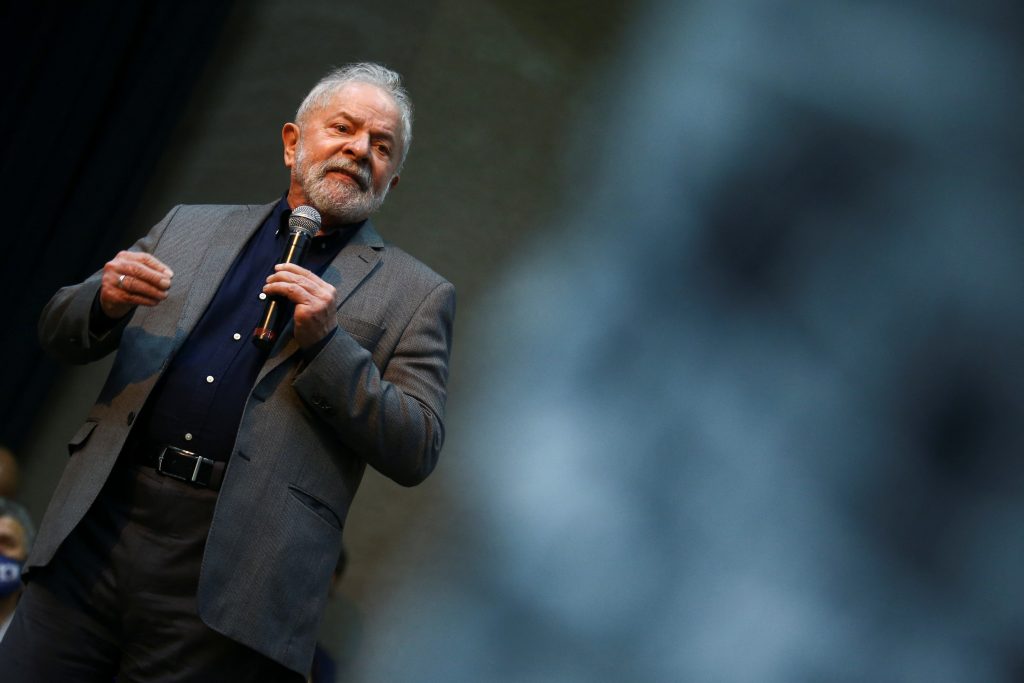 The left wing candidate Luiz Inacio Lula da Silva, better known as Lula, is firmly on his path to big victory in the coming presidential elections in Brazil scheduled for October 2 this   year. A recent opinion  survey run by Instituto FSB found that in the first    round Lula will be   getting 46 per cent   as    against the incumbent president Jair Bolsonaro’s 32 per cent   but in the second    round, Lula will   go    up    to   54  percent   as    against the conservative candidate’s 35 per cent .

The incumbent President’s popularity has dipped substantially following the Senate committee approving a 1,300-page report calling for President Jair Bolsonaro’s indictment for nine crimes relating to his handling of the COVID-19 pandemic — including crimes against humanity — but it is unlikely he will face formal charges. But    the allegations have isolated him from many other conservative groups who are committed against the leftwing policies of   the Workers   Party   leader and   the   left coalition candidate Lula.

Mr Bolsonaro had gained ground in April after former justice minister Sergio Moro dropped out, but Mr Lula saw a bump after Joao Doria, the former governor of Sao Paulo state, withdrew last week. His supporters are likely to vote for the left candidate in the presidential   elections. These voters are also upset that the surging food and fuel prices are continuing to rise and President Bolsonaro is showing no signs to deal with the crisis situation.

The opinion poll showed that the Brazilian election was more polarised than ever, with centrist alternatives to Mr Lula and Mr Bolsonaro garnering just 13 per cent of voter support, down from 17 per cent in April and 24 per cent in March.

Bolsonaro, a pro-gun nationalist, has faced growing public discontent about his handling of the coronavirus pandemic and push to encourage mining in the Amazon, while high inflation and soaring fuel prices    are   continuing unchecked.

Bolsonaro, who took office in 2019, has also drawn concern over his attacks on the country’s electronic voting system. He has insisted without any evidence that the system is vulnerable to fraud, a claim rejected by judicial experts who said he was seeking to sow doubt in advance of the 2022 polls in order to dispute the results. The left coalition members are saying that the far right president is not reconciling himself to the growing popularity   of Lula and planning to disrupt electoral system.

Earlier in May, a group of 80 jurists and legal researchers appealed to the United Nations Special Rapporteur to visit Brazil and report on the government’s attacks on the Supreme Court and the Superior Electoral Court that oversees elections.

Lula has sought to widen his political coalition ahead of the October polls, naming centrist Geraldo Alckmin as his running mate. This is aimed   to draw the centrists    around him   in the first round   of    the presidential    elections   itself. The centrists   are   still divided     as many   of    them think   that Lula, if    elected president, will resort   to curbs on democratic    rights on the lines of Venezuela president Maduro. But in his campaign, Lula and the left coalition   members including   the Brazilian Communist   Party    are rebutting by saying    that the new Lula presidency will protect all democratic    rights and raise   the standard   of living   of the common   people. (IPA Service)

Climate Change Has A Big Impact On The Healthcare System Of All Countries
Posting....