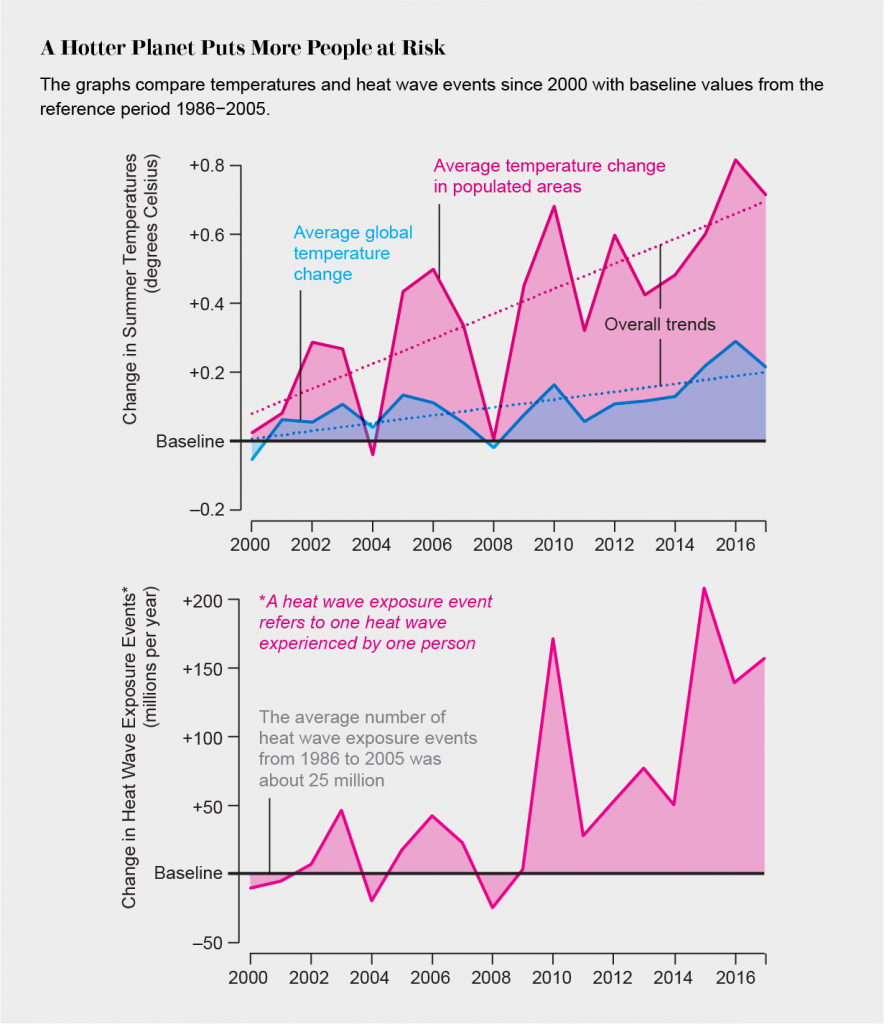 I very vividly remember when 30 years back in the year 1992 we wanted to hold a public function as a part of campaign for the promotion of healthy environment and preservation of ecology, not many people took it seriously. However we carried out with our activities and soon our actions drew attention of the public as well as the administration. We organized school education programmes, formed Eco Clubs in schools and conducted several other outreach events.

Society is more sensitized now. Environment has been an issue of serious debate among the scientists who have warned from time to time that if steps are not taken now and carbon emission is not reduced then we can land into serious climate crisis. Recently large number of scientists organized climate protests globally. Peter Kalmus, who studies biological systems and climate change at NASA’s Jet Propulsion Laboratory and three others were arrested in Los Angeles after they chained themselves to the doors of a Chase Bank office building. Kalmus said, “We’ve been trying to warn you guys for so many decades that we’re heading towards a fucking catastrophe, and we’ve been being ignored. The scientists of the world are being ignored, and it’s got to stop. We’re not joking. We’re not lying. We’re not exaggerating”.

These protests followed the release of report of the Intergovernmental Panel on Climate Change (IPCC), ‘Mitigation of Climate Change’, on 4 April 2022. It concluded that the world must peak emissions of heat-trapping gases like carbon dioxide in less than three years to have a chance of limiting global warming to 1.5 degrees Celsius above the preindustrial standard. The report found that the world’s governments and corporations are far from meeting the emission-reduction goals that would help limit that extreme weather. We are already witnessing wildfires, hurricanes, droughts, and floods across the planet.

António Guterres, the UN secretary general, was very forthright in a press briefing when he said “Climate activists are sometimes depicted as dangerous radicals, but the truly dangerous radicals are the countries that are increasing the production of fossil fuels,”.

To highlight the issue World Environment Day is observed every year on 5th June. The sufferings caused due to COVID-19 Pandemic have made us to think that the issue of environmental degradation and climate change cannot be just a ritual discussion but it has to be taken very seriously.

Climate Change is a significant change in temperature, wind patterns and precipitation that may occur in cycles over decades, hundreds, thousands and millions of years; however in the recent years we are witnessing the impact of climate change occurring much faster and in much shorter period.

In the last century scientists detected that the temperature of earth was rising abnormally. It was found that oceans were warming up and snow was melting leading to rise in level of oceans. It was also found that there was perceptible rise in the carbon dioxide in the atmosphere.

Greenhouse Gases (GHGs) resulting from mainly industrial development and urbanization, agriculture and changes in land-use patterns are the cause of global warming.  Different gases have different Global Warming Potential (GWP) which means how much damage they cause to the environment. The Carbon Dioxide (CO2) has GWP of 1; Methane – GWP of 21 and Nitrous oxide – GWP of 310.

The effects of climate change have been felt in India as well. There was all India drought in 2002 and 2009. The year 2010 was one of warmest years. In the year 2013 there were Extreme rainfall events in Uttarakhand.  Then there were floods in the Kashmir valley in 2014. We have seen mountains becoming baron due to large scale cutting of trees. This is resulting in hills becoming weak.  Tsunami, Amfanand Nisarga all occurred due to climate change.

Climate and weather have always had a powerful impact on human health and well-being. Global climate change is a newer challenge to the ongoing efforts to protect human health. In the past few years there has been increase in Mosquitoes breeding, Malaria, Dengue and Yellow Fever. Increase in temperature by 2-3º C would increase the number of people who, in climatic terms, are at risk of malaria by around 3-5 %, which means several hundred million people globally. According to World Health Report 2002, climate change was estimated to be responsible in 2000 for approximately 2.4% of worldwide diarrhoea, and 6% of malaria in some middle-income countries.

Changes in atmosphere coupled with vehicular and industrial emissions lead to smog and poisonous gases which cause difficulty for those with cardio vascular disease, respiratory disorders as asthma, emphysema, chronic Bronchitis and allergy problems.   Similarly water pollution related diseases are on the rise leading to bacterial, viral, Protozoal and Parasitic diseases.

As a result of rising sea levels and flooding of the coastal areas, there occurs increase in population density in safe areas due to migration of people to these places. People have to live in make shift camps in poor, unhygienic living conditions which cause several infectious diseases. Children lose their school. There may be violence for want of food and other basic amenities. This may lead to mental health problems like Psycho Trauma and Post Traumatic Stress disorder.

Arms race is an important cause of release of gases responsible for global warming. This occurs right from manufacture to transport, deployment and the use of arms. Extreme changes in the climate may occur in the event of a nuclear fallout.  A study conducted by Dr Ira Helfand and Alan Robock et al on the ‘Climatic Consequences of Regional Nuclear War’ shows clearly that even a “limited” nuclear conflict, involving as few as 100 Hiroshima-sized atomic bombs will produce average surface cooling of -1.25ºC leading to crop failure, shortage of food which would put two billion people at risk.

There is urgent need to take steps to prevent climate change. “We have the means to limit climate change,” said R. K. Pachauri – Former Chair of the IPCC. “The solutions are many and allow for continued economic and human development. All we need is the will to change, which we trust will be motivated by knowledge and an understanding of the science of climate change.”

People’s movements are required to force governments to take effective measures in this regard. Laws have to be amended and implemented. In last 10 years over 10 crore trees were cut in our country for widening roads and highways; But not more than a lakh trees have been planted by govt. or public. Let us all pledge to plant trees, which is a big contribution for combating climate change. We are not sure when the governments will learn. But as citizen concerned with life and health we have to do our bit for a better future for the generations to come. (IPA Service)