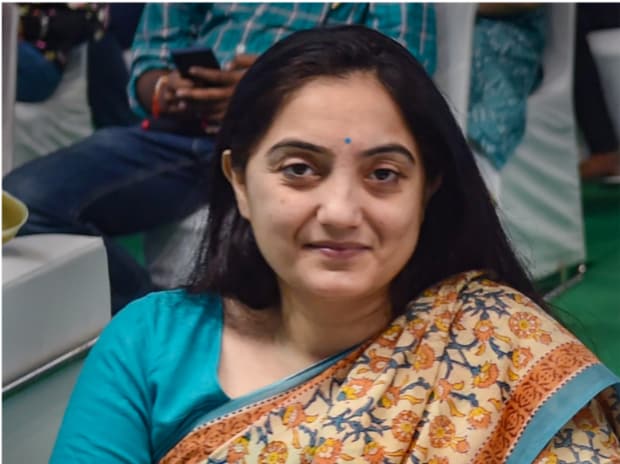 After three decades of political success across the length and breadth of the country from the west to the north to the centre to the north-east, the Hindutva juggernaut led by the BJP has run into heavy weather.

Yet, it was a setback which was waiting to happen. Given the BJP’s anti-Muslim worldview, dating back to the foundation of the party’s mentor, the RSS, nearly 100 years ago, it was only a question of time before the BJP stumbled over the egregious observations of its spokespersons on  Prophet Mohammed.

However, its remedial action to contain the damage caused by the offensive comments has the potential to lead the BJP into deeper trouble. The reason is that sizeable sections in the party are unhappy with the disciplinary action taken against the two offenders. The resentment of the dissenters is all the greater because they believe that it is a genuflexion before the Islamists.

Hence, the BJP M.P. Subramanian Swamy’s comment that the party had bent before the Chinese in Ladakh, the Russians in Ukraine and the US in Quad, and now before tiny Qatar as well. There have been others, notably the feisty film star Kangana Ranaut and hardliners like Uma Bharati, Sadhvi Pragya and Sadhvi Prachi, who have said that there is nothing wrong with what the spokesperson, Nupur Sharma, has said about the Prophet. Not surprisingly, the Islamophobic Dutch politician, Geert Wilders, has also expressed support for Sharma along with the Pakistani-Canadian critic of the Islamists, Tarek Fatah.

The BJP will not find it easy, therefore, to quell dissent in its ranks on the issue. The party’s matriarch, Vijaya Raje Scindia, had once boasted how it had survived the demolition of the Babri masjid without a tremor. As is known, only Atal Behari Vajpayee had serious reservations about what happened in Ayodhya on December 6, 1992. Now, it is different since the internal cracks appear to be wider.

The difference between 1992 and 2022 is that the BJP today has much greater stakes than ever before. It is a much larger party and hopes to become even larger by winning a third term in office at the centre in 2024. Furthermore, its admirers in the party and outside expect it to advance resolutely towards a Hindu rashtra which, according to the RSS sarsanghchalak, Mohan Bhagwat, can be achieved in the foreseeable future.

This is not the time, therefore, for the party to fall flat on its face because of a debilitating confrontation with the Gulf countries where Indian products are  being withdrawn from the supermarket shelves and where millions of Indians earn their daily livelihood. The faceoff has the potential to hurt India all the more if the Arab perception of Indian Islamophobia is shared by others, including the US which has officially noted the attacks on Muslims and their places of worship in India.

The BJP’s various tactics to wriggle out of the mess may not be successful.  One of them is to charge with treason those who are supposedly instigating the Gulf countries against India, as has been suggested by the information commissioner, Uday Mahurkar. With the sedition laws currently under the Supreme court’s scrutiny, it is doubtful if the government will follow the commissioner’s advice which appears too drastic any way.

The other is to spin stories about how well the Muslims are faring in India in order to dispel the belief about the BJP’s anti-Muslim stance. The Union minister, Mukhtar Abbas Naqvi, is foremost among those with such narratives. He has followed up his earlier claim about India being a “heaven” for Muslims to trot out figures in the wake of the controversy over the comments on the Prophet to say how well the community is doing in all spheres of life.

If these efforts fail to make any headway in erasing the BJP’s anti-Muslim taint, the reason is the way in which Hindutva extremists like the party’s M.P, Tejasvi Surya, have been lambasting the Muslims. According to Surya, the period of the Muslim presence in medieval India was no different from what the Jews experienced during the Holocaust.

This is a far cry from the secular contention about how Hindu-Muslim cohabitation produced a composite culture (also known as the Ganga-Jamuni tehzeeb) which led to the intermingling of the salient features of the lifestyles of the two communities in art, architecture, music and culinary practices.

For the BJP, however, the concept of the two communities having lived in comparative peace and harmony is anathema. Instead, the saffron brotherhood would like to present a picture of the Hindus and Muslims having been constantly at loggerheads. Hence, the frenetic rewriting of history and now even the production of films to portray a strife-torn past.

The fatuity of the BJP’s claim in the wake of the latest row that the party respects all religions will be widely recognized within the party and outside just as its assertions about sabka saath-sabka vikas (development for all) have never been taken seriously by the rank and file in general and the hardliners in particular. (IPA Service)