Chief Minister Yogi Adityanath Is A Judge, Jury And Executioner In Uttar Pradesh 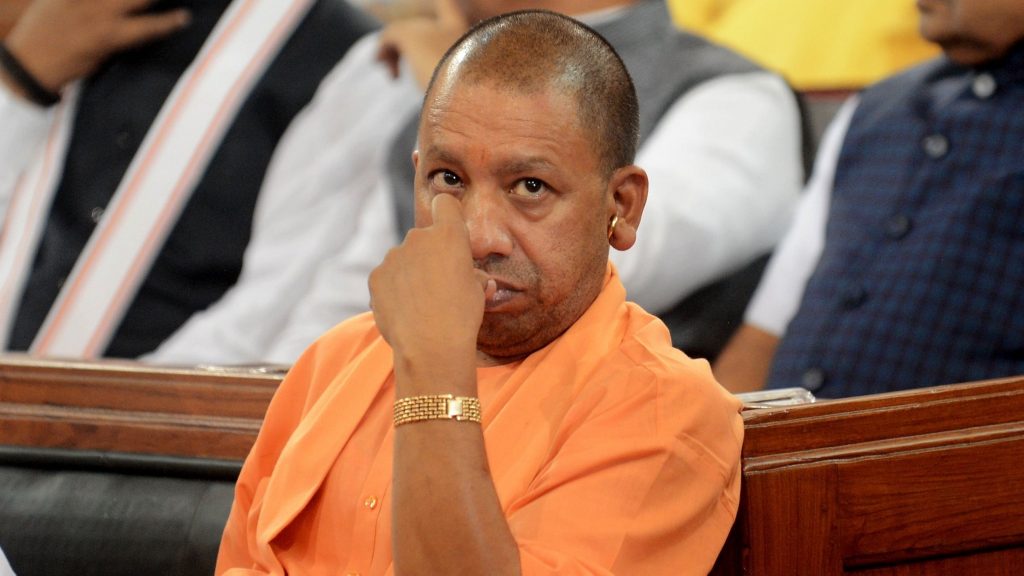 “Of course, you were not spreading rumours, the charge is you were spreading facts.” That’s the blurb on an RK Laxman cartoon of 1962, 60 years ago. Today’s cartoonists should take a kerchief out of Laxman’s pocket-cartoons. Lampooning is serious business. It should tickle the cerebral cells. The sarcasm should be biting, and the honest truth should not be lost in the caricaturing.

Javed’s lawyer Kamal Krishna Roy says the demolition of Javed’s house was not because the “house is illegally constructed, but because Javed was active in the democratic movement.” Roy has taken the bulldozer to the Allahabad High Court with the plea that the Rs 5 crore mansion was in the name of Javed’s wife, gifted to her by her father.

Incidentally, Afreen Fatima is also a “person of interest” in the Prayagraj Police’s book of intent. Usmani says there cannot be a more honest and brave father-and-daughter twosome than Javed and Afreen. The question is, based on the testimony, does it look like the Yogi Adityanath Government is behaving like the proverbial bull in the China shop?

On the rampage with bulldozers of all shapes and sizes. Three bulldozers were put to work on Javed Pump’s “wife’s” palatial double-storey house. None of the Javed family was “at the spot”. Should Javed ‘Pump’ Muhammad’s wife’s father protest, instigate youth and take to the streets? Now, where the mansion stood, is a mountain of rubble.

Second question: Is CM Yogi Adityanath a judge, jury, and executioner of Uttar Pradesh? If the bulldozer could speak it would tell. The Yogi government is behaving like an extrajudicial authority, ordering the demolitions of residences of private individuals charged with fomenting riots.

Javed Pump is in custody, under IPC sections that are “tough” and unforgiving. Question 3, why the demolitions without trial? The justification is that it’s not the police doing the demolition, it’s the Prayagraj Development Authority, against all illegal encroachments, and that the PDA is a paragon of impartiality.

So, the PDA follows the law in letter and spirit, right? Chief Minister Yogi Adityanath Sunday was tweeting that those who take law in their hands wouldn’t be spared? Of course, the PDA cannot be, but encouraged. The PDA had the Chief Minister’s back. And the Yogi is convinced the rioters will get the message, sooner than later.

Afreen Fathmia isn’t distraught. Sharjeel Usmani says Afreen is a firebrand, unlike her father, who, he says, is a gentle soul, like a breeze. In-charge of a Muslim graveyard, Javed spends his waking hours in the service of the dead departed, and the graveyard! He fights encroachments in the graveyard, and had no time for conspiring.

Afreen Fatima, who is the female version of Che Guevera, is adamant that 2014 was the inflexion point from when things went awry for the Muslims. She has no confidence in the Supreme Court of India, and she doubts whether India is a democracy. The Ayodhya Ram temple and Afzal Guru are her pain-points. For now, however, she’s fighting to prove Javed’s “innocence”.

The Prayagraj Development Authority found two “illegal” guns and other “incriminating material” from Javed’s mansion before it was bulldozed. Also papers that held forth on “taking Islam to another level in India”, presumably belonging to Afreen Fatima. Incidentally, Javed Muhammad is in-charge of the Prayagraj unit of Welfare Party of India.

The WPI is headed by Umar Khalid’s father. It’s a small world, indeed. Everybody knows everybody. Afreen and Umar Khalid were JNU students. They are also connected by their fathers, and the Welfare Party of India. The Sharjeel Usmani and Afreen link goes back to AMU. Afreen was active in the anti-CAA/Shaheen Bagh movement.

The UP Police is connecting the dots. The anatomy of the Kanpur riot followed by the “Friday fury” in Prayagraj, Saharanpur, Moradabad and Bareilly is subject of serious investigation. Chief Minister Yogi Adityanath’s limited ambition is to be hailed as an “administrator”.

Yogi Adityanath wants FDI to flow into UP. Frequent rioting will dent the image of Uttar Pradesh, and his ambition, too, say Yogi-apologists, refusing to believe that Yogi has turned “secular”, like Prime Minister Narendra Modi and the RSS allegedly have. The Yogi is the last resort for the Hindutva. Mind you these are all rumours dressed up as facts. Nobody is accusing anybody of spreading facts. Not even a cartoon. (IPA Service)