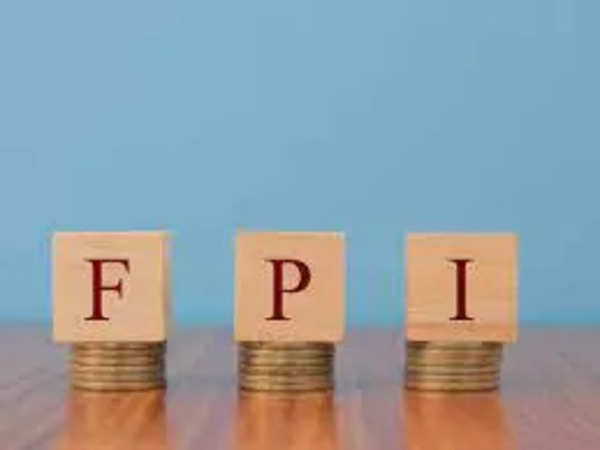 There is nothing to be surprised about the continuous exit from the Indian stock market by foreign portfolio investors (FPIs). It has been going on for the last several months. The market is overheated. It has been out of sync with the country’s economic growth since 2017 and corporate performance in general. On paper, India’s stock market is very large, probably the world’s largest. Yet, the daily stock trading covers barely five to six percent of the listed stocks. The FPIs, the biggest speculators in the Indian market, have suddenly become cautious about their investments in stocks due to uncertain conditions in the local as well as global markets.

FPIs or foreign institutional investors (FIIs) have been a major driver of India’s financial markets, investing Rs. 50,089 crore (US$ 7.06 billion) in 2021. Their investments in India include hedge funds, foreign mutual funds, sovereign wealth funds, pension funds, trusts, asset management firms and endowments, university funds, etc. The ceiling for overall investment for FIIs is 24 per cent of the paid up capital of an Indian company and 10 percent for NRIs/PIOs. In the case of majority government controlled banks, including the State Bank of India, the investment limit is 20 percent of the paid up capital.

The foreign investors in India’s secondary market are concerned as global as well as Indian stock markets are under pressure from rising inflation, growing interest rates, economic growth slowdown and fear of an impending stagflation. The Indian economy is under severe pressure, mainly due to high fuel and food prices and falling value of Rupee. According to the economic advisor’s office, India’s annual wholesale price inflation rate rose to 15.08 percent in April 2022 from 14.55 percent month earlier and above market forecasts of 14.48 percent. This was the highest reading since December 1998. Prices increased further for manufactured products, basic metals, fuel and power, and primary articles with the quickening cost of food. High prices are choking demand, affecting production and supply at all levels. Corporate profits, barring a handful of companies, are down.

Despite economic slowdown in the last four years, India’s stock market has been more or less steady. But, the calculated exit of FPIs over the last eight months suggest that overseas market speculators are becoming more cautious. The market has long been under the control of these speculators, irrespective of poor financial performances of most of the listed companies. Investors in recent IPOs have lost substantially. The IPOs of new age stocks were highly overvalued. Their prices dropped sharply after the listing. Even the government’s much hyped IPO of the Life Insurance of Corporation of India (LIC) caused huge losses to initial investors. Under the current economic situation and possible slowdown of private equity funding, valuations of most of these companies are unlikely to rebound soon. Investors are getting cautious in this space. High volatility in Indian stock markets has forced retail investors to cut down their mutual fund investments. Several blue-chip stocks are trading close to their 52-week lows. In April, net inflows into equity mutual fund schemes declined 44 percent sequentially to Rs 158.9 billion as against Rs 284.6 billion in March 2022.

Until the middle of last year, the Indian stock market appeared to be a speculators’ paradise despite an unimpressive performance of the economy. But, the trend seems to have changed in the last few months. The FPIs reportedly pulled out nearly Rs. 40,000 crore in May alone. They have been net sellers since last October. The net outflow on account of FPIs in the current year amounted to Rs.1.69 lakh crore. Experts say FPI fund flows will remain volatile in emerging markets, including India, in the context of geo-political risks, growing inflation and tightening of monetary policies by central banks. The continuous fall of the Indian Rupee’s exchange value, the country’s massive dependence on imported petroleum — almost 86 percent — growing trade imbalance and slow economic growth have added to the volatility of the Indian stock market.

Until recently, India’s stock market received strong indirect support from the government and RBI, which refused to tighten the monetary policy to contain inflation. But, the situation seems to be going out of the government’s control. Lately, RBI had to make two small rate hikes. The bank rate needs to be raised further on a periodical basis until inflation is controlled while the government should continue to find ways to reduce the retail prices of petrol and diesel to help cool down inflation. The stock market is clearly under bear pressure. Last week’s bloodbath in India’s bourses — both at BSE and NSE — was not entirely unexpected. Fresh pullout by FPIs may make the situation worse. The government and RBI must realise their limitations to artificially pep up the stock market through policy measures or policy inactions. Paradoxically, India’s general public do not trust the market.

In fact, very few Indians invest in stock markets. Not even 1.5 percent of the country’s population are stock market investors. According to the Securities and Exchange Board of India (SEBI), almost 50 percent of the demat accounts have never been used. The number of retail investors is pretty low in comparison with those in more developed economies. The reasons are many. Most retail investors are unwilling to take risk with their hard earned income and savings. Low disposable income, lack of knowledge of the stock market operations and slow rate of returns from most of the mutual funds are among the reasons. They prefer traditional modes of investment like FD, recurring deposits, postal savings and the government of India bonds.

There were only around 12 million active investors in India of 1.38 billion people as of August 2021. Even though this number is slowly rising, investing in stock markets still remains a taboo among most Indians. This is despite the fact that BSE is one of the oldest stock exchanges in Asia. Overall, it has close to 8,900 stocks listed. However, more than two-third of them are rarely traded. This is because very few listed companies in India are really stable when it comes to their finances and other financial aspects. The number of listed Blue Chip Indian companies is only 119. Long term investors look for stable companies so that their investments do not become sour. The number of Blue Chip stocks in India is too small in comparison with those in highly industrialised nations such as the US, Japan and China.

The quality of stocks listed in stock exchanges matters more to investors than the number of listed stocks. They have to come from the most stable, profitable, and enduring companies, which generally make them among the safest investments and highly valuable to investors. Blue chips are generally considered the best-known, most established, and best-capitalised public companies. Unfortunately, the number of such companies in India is very limited. The best the government and RBI can do to help build such companies is to create the right industrial investment atmosphere for foreign as well as local companies. (IPA Service)